NUR-SULTAN – 21-year-old Kazakh tennis player Elena Rybakina stunted three-time winner of Roland Garros Serena Williams with a 6-3, 7-5 victory in the fourth round of the 2021 French Open on June 6, reported the press service of the tournament. 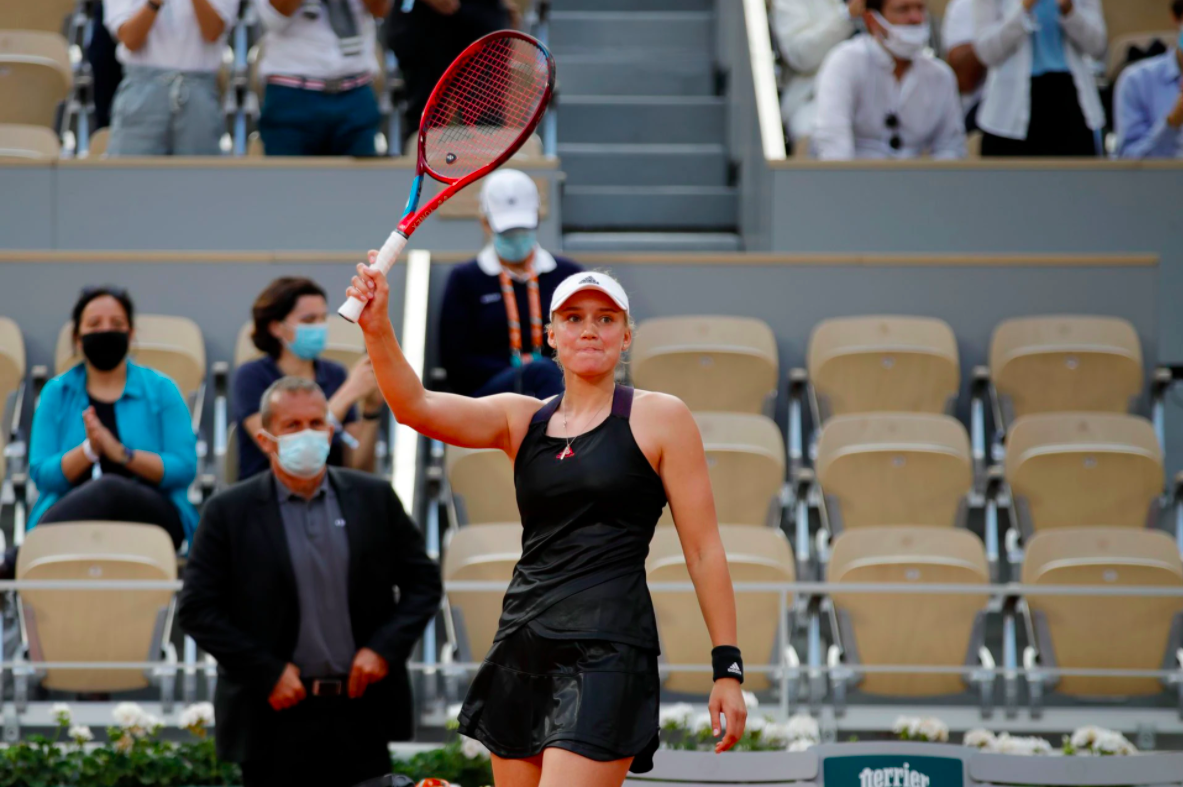 Rybakina was coming in as an underdog to the match, as she was playing in her first-ever round of 16 at a Grand Slam tournament, while Williams was contesting her 64th. Williams also played against Kazakh tennis players 14 times before in her career defeating her in every one of them.

Nonetheless, Rybakina, who is currently ranked 22 by the Women’s Tennis Association (WTA),  pulled off the performance of her life with a straight-set win over the 23-time Grand Slam winner at the Court Philippe Chatrier. She is now headed to the quarterfinals of the French Open.

The first set allowed Rybakina to boldly state her advantage over the opponent with a 6-3 score, from which Williams was able to recover to a 5-5 tie in the second set before Rybakina surged ahead. Rybakina won nearly 60 percent of points by returning Williams’ second service and won 5 out of 7 breakpoints. It was a rare occurrence to see Williams overpowered by power-hitting that she usually displays herself.

“I am so happy with the match today. Of course, when I went to court I did not expect anything. I just had a set plan, which we discussed with my coach. I just tried to follow it. It worked out today,” said Rybakina in her post-match press conference.

For the singles quarterfinal, Rybakina will have to face her doubles partner, Anastasia Pavlyuchenkova of Russia, who has played in 4 Grand Slam quarterfinals before in her career but has not managed to reach a semifinal yet.

Meanwhile, Rybakina and Pavlyuchenkova of Russia will compete with Nicole Melichar of the U.S. and Demi Schuurs of the Netherlands in the third round of women’s doubles.

In the men’s doubles category at the French Open, the Kazakh duo of Andrey Golubev and Alexander Bublik defeated the Dutch tandem of Wesley Koolhof and Jean-Julien Rojer on June 6 with a 7-6, 3-6, 6-4 final score. Golubev and Bublik have now reached the quarterfinals where they will face Hugo Nys of Monaco and Tim Puetz of Germany.