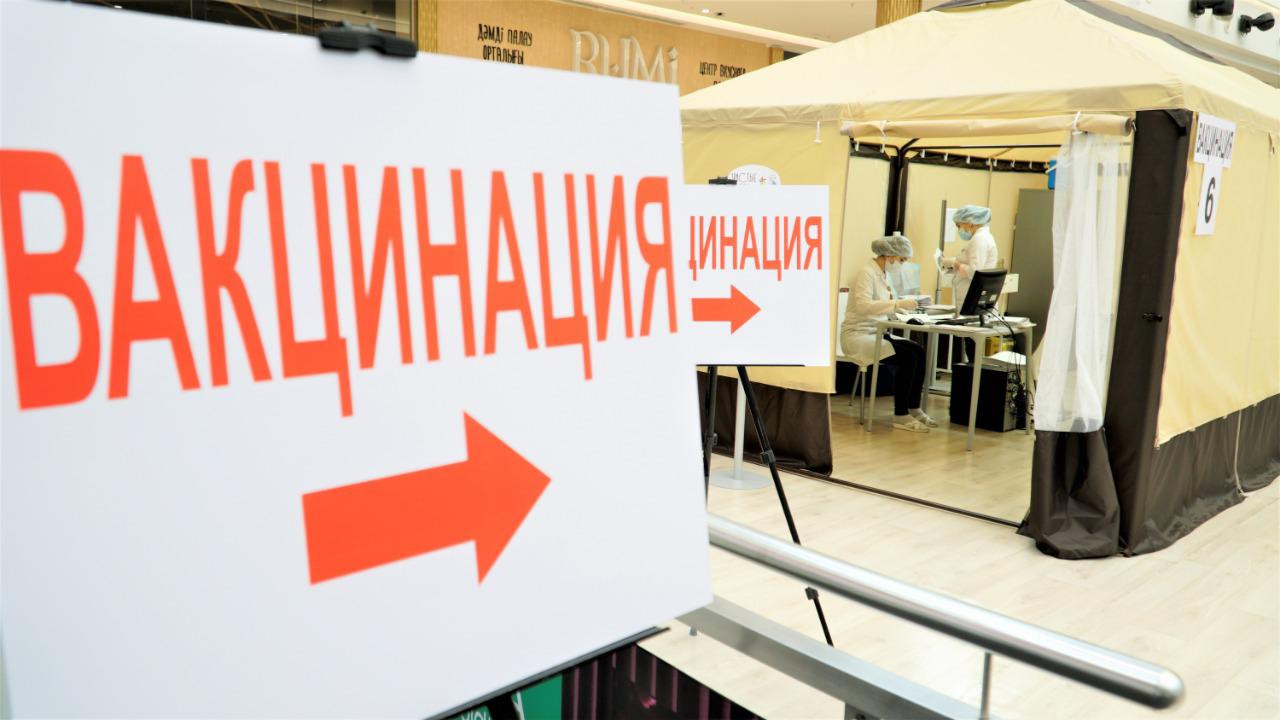 Kazakhstan kicked off vaccination on Feb. 1.

Kazakhstan administered nearly four million doses of vaccine. As of June 16, 2,587,884 people in Kazakhstan received at least one dose of vaccine against COVID-19, which accounts for nearly 26 percent of the eligible population, said Tsoy. 1,480,309 people have been fully vaccinated.

In terms of the proportion of the population receiving the first dose, the Mangistau and Kostanai regions lag behind other regions.

“Governors and mayors should take control over the vaccination coverage of the population, develop additional incentives and strengthen outreach work with the population,” said Tsoy.

Kazakhstan offers four vaccines to its citizens – Russia’s Sputnik V, the locally produced QazVac vaccine, Hayat-Vax produced in the United Arab Emirates based on China’s Sinopharm technology, and China’s CoronaVac vaccine that was delivered at the beginning of June.

Some regional healthcare departments came up with different incentives to motivate citizens to get a jab.

As of June 16, there were 404,064 COVID-19 positive and 56,276 cases of coronavirus pneumonia. Kazakhstan has been in the green zone since June 6, but the nation’s capital, Nur-Sultan, still remains in the red zone.

Three regions – Atyrau, West Kazakhstan, and the Karaganda regions – are in the yellow zone, while all others are in the green zone.

Despite Nur-Sultan city being in the high-risk red zone for more than two months, there has been a sign of improvement, said Aliya Rustemova, head of Nur-Sultan’s public health department.

Tsoy remains cautious about rising cases in neighboring countries, including in Russia, where the number of cases grew almost one and a half times compared to the previous week.

“The working group of the ministry visited the seven regions where there was high morbidity and occupancy of beds in infectious diseases hospitals. Recommendations were given to health departments taking into account the shortcomings identified in the organization of medical care in the region,” said Tsoy.

“Everyone is talking about the third wave of COVID-19. In countries where vaccination rates are very low, infection rates are increasing at an alarming rate. To date, more than 176 million cases have already been reported worldwide and more than 290,000 new cases are reported daily. More than 3.8 million people have died. The situation is also worrying in the countries bordering Kazakhstan. Russia and Kyrgyzstan are registering a record increase in cases compared to last year,” said Kiyasov.

As the summer season nears its peak, Kiyasov urged citizens to be vigilant if they plan to travel to a country with a worsening epidemiological situation.

“Given the seasonal fact and the desire for vacation, I urge citizens to protect their lives and the health of their loved ones from viruses. Only vaccination will allow you to plan trips and vacations with your relatives without fear of complicated consequences for the body,” added Kiyasov.