NUR-SULTAN – Kazakhstan’s Commissioner for Human Rights Elvira Azimova briefed the diplomatic missions in Kazakhstan on the nation’s ongoing reforms in human rights and the rule of law, reports the Kazakh Foreign Ministry.

She spoke about the work she has been doing as the nation’s Ombudsperson and the draft law on the Ombudsperson developed by the deputies of Parliament and currently under discussion with academics, civil society representatives, and experts.

The initiative to strengthen the institution of the Ombudsperson came from President Kassym-Jomart Tokayev at the first session of the Kazakh Parliament in January as part of the bigger package of reforms in human rights.

“The decision of the head of state to strengthen the Ombudsperson’s potential once again confirms the special role of this institution and understanding of its tasks,” said Azimova.

During the meeting, Azimova reported on the main directions outlined by Tokayev in the decree on further measures to improve legislation and practice in the field of human rights.

“For me, the most important thing is that these are not formalized measures, but concrete measures to revise practice and improve legislation, taking into account the legitimate interests of citizens, effective implementation of constitutional guarantees of human and civil rights,” she said. 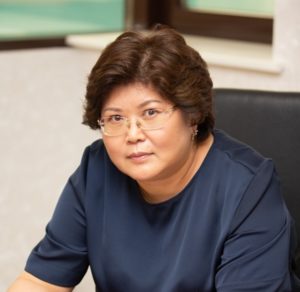 The rights commissioner, which carries the title of Ombudsperson in Kazakhstan, is a government official appointed by the President and approved by the Senate. The Human Rights Ombudsperson coordinates requests for visits to prisons and detention centers by members of the National Preventive Mechanism (NPM), and the Coordinating Council, led by the Ombudsperson, elects NPM members.

Over the past year, Kazakhstan has continued its course towards greater reforms.

“The year 2020 was, definitely, a stress test for all spheres of life of the state and society, and the national human rights institutions of the Republic of Kazakhstan, including the Commissioner for Human Rights in Kazakhstan and the National Center for Human Rights,” said Azimova in her 2020 report.

She noted that the “belief in the inalienability of human rights and freedoms, the need to protect them to the extent possible under pandemic conditions, has been and remains unwavering.”

Among the major milestones in 2020 was the signing of the Second Optional Protocol to the International Covenant on Civil and Political Rights, aimed at the abolition of the death penalty, in September 2020, and on Jan. 2, 2021, Tokayev signed the law ratifying the treaty.

At the fourth meeting of the National Council of Public Trust in October 2020, Tokayev instructed his government to complete the ratification of the Optional Protocol to the Convention on the Rights of Persons with Disabilities.