By Assel Satubaldina in Kazakhstan’s Independence: 30 Years, Nation on 31 May 2021

NUR-SULTAN – Kazakhstan marked on May 31st the Day of Remembrance of Victims of Political Repressions and Famine, the day when the nation remembers one of the darkest pages of its history, said Kazakh President Kassym-Jomat Tokayev in his address to the people of Kazakhstan, reports the Akorda press service. 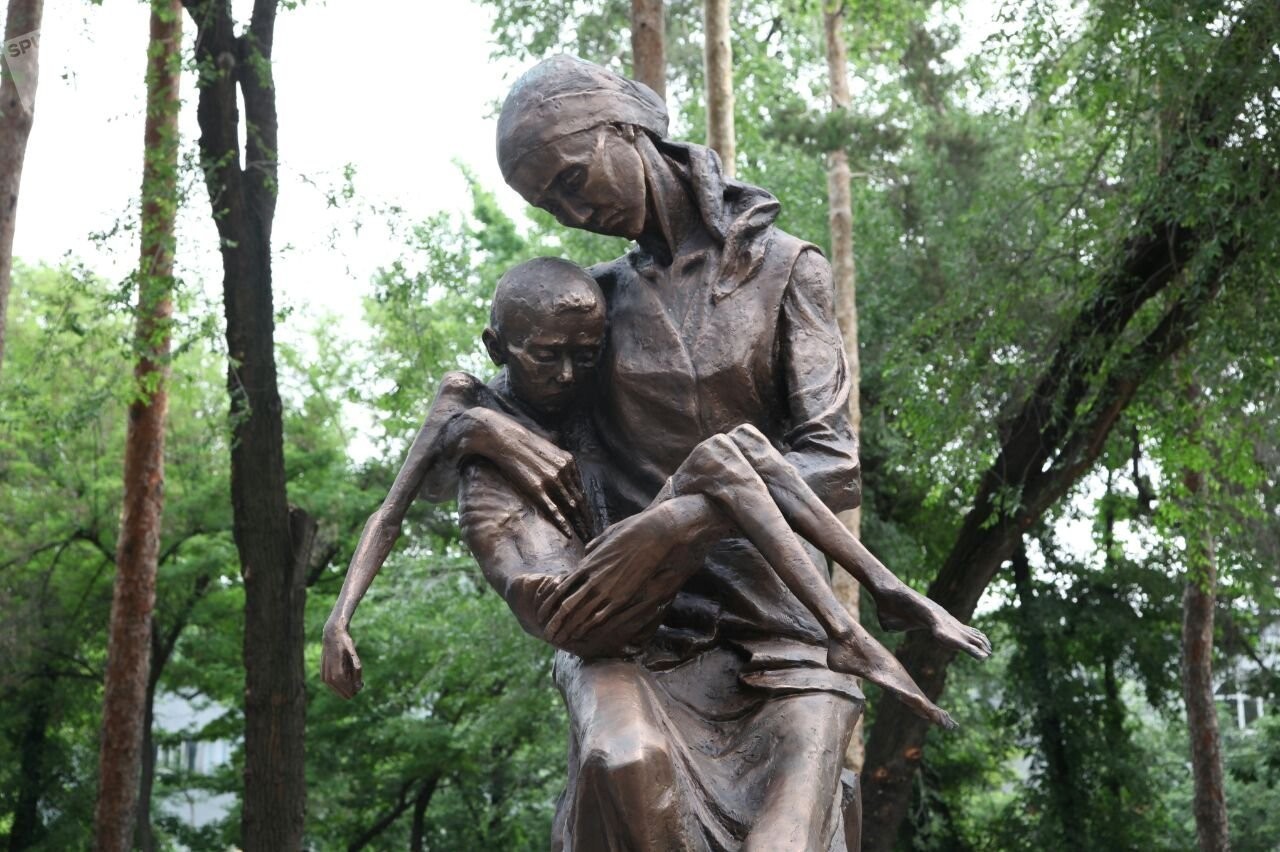 The day honors the victims of political repressions and famine, the two most devastating periods in Kazakh history, each taking the lives of millions of Kazakhs.

“The political repressions of the first half of the last century distorted the lives of millions of citizens of the former Soviet Union. More than 100,000 people were unjustly convicted in Kazakhstan, and a quarter of them received death sentences,” said Tokayev.

According to some estimates, more than 40 percent of the Kazakh population died from the famine of 1931–1933 caused by Stalin’s brutal policies of collectivization.

The Stalinist repressions that followed in the 1930s took the lives of thousands of Kazakhs and resulted in the mass death of Kazakh intellectuals. Among them were Kazakh writer and educator Akhmet Baitursynov, publicist, teacher, writer, and environmental scientist Alikhan Bokeikhanov, poet and writer Mirzhakyp Dulatov, engineer Mukhametzhan Tynyshbayev, poet Magzhan Zhumabayev, poet and writer Saken Seifullin, poet and writer Ilyas Zhansugirov, writer Beimbet Mailin, military doctor and scientist Sanzhar Asfendiyarov and political figure Turar Ryskulov. Some of them were shot, others died in the camps. Thousands were sentenced to prison.

Eleven Soviet forced labor camps were created on Kazakhstan’s territory, where the repressed people and their family members were held in cruel conditions. Among them are ALZHIR (the Akmolinsk Camp of Wives of Traitors to the Motherland) in the Akmola Region and Karaganda labor camp (Karlag) in the Karaganda Region.

The Kazakh people lent a helping hand to thousands of people deported to Kazakh steppes.

“Entire nations were persecuted. In the course of forced deportation, around five million people found shelter on the sacred Kazakh land and found a new homeland. Our nation endured a deadly famine that caused enormous damage to its genetic pool. Ruthless collectivization led to unprecedented disaster in the Great Steppe, which in fact became a humanitarian disaster of global nature,” said Tokayev.

But the hardships that the nation faced made unity and solidarity stronger.

Tokayev said that after gaining independence Kazakhstan began the work to rehabilitate the names of victims of political repressions.

“Last year, to complete the rehabilitation of victims of political repressions, a state commission was established. It had the important task of restoring historical justice to all innocent victims of Kazakhstan. This is not only the duty of the state but also the moral duty of society,” said the President.

Tokayev noted that the tragic pages of history became an integral part of the national identity and that the memory of the victims of political repression and famine will live on for many years to come.