NUR-SULTAN – Kazakhstan is set to take more measures to preserve the saiga antelope population, said Kazakh Minister of Ecology, Geology, and Natural Resources Magzum Mirzagaliyev during his visit to the West Kazakhstan Region. 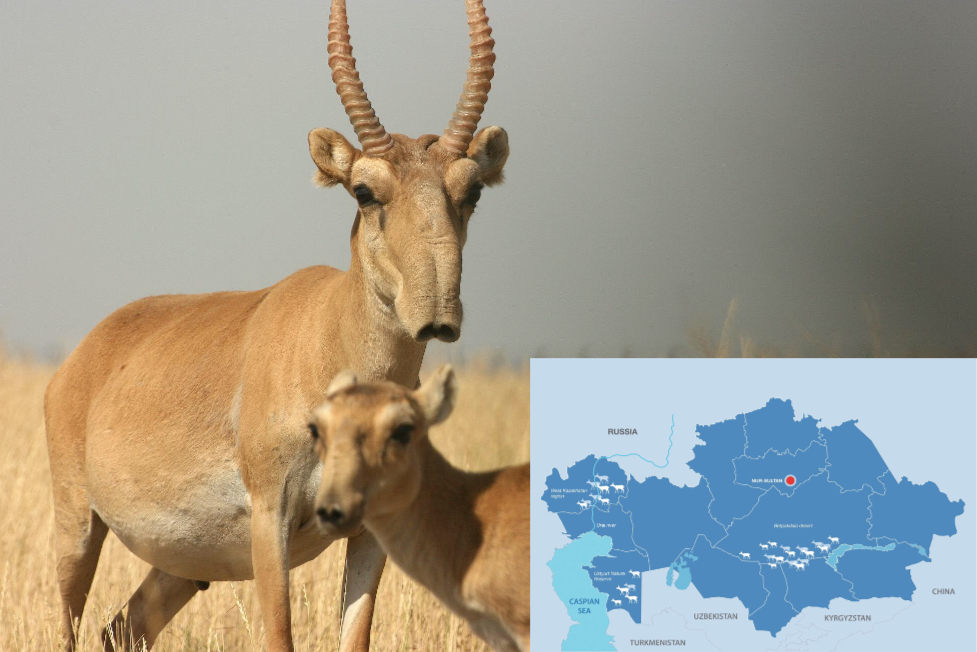 The saiga, a small antelope with a distinctive short trunk, is integral to steppe health but was almost lost. Click to see the map depicting saiga’s habitat in full size.

Mirzagaliyev visited the West Kazakhstan Region, where he met with scientists, ecologists, and the local community who put forward their proposals for the conservation of pastures and the water supply.

The minister said a working group will be created to work on this issue and proposed three measures.

“Everything is ready for this. It will create jobs for the local community. Secondly, we need to identify water sources in this reserve with geologists and prepare an artificial reservoir for the saigas. This is necessary not only for the saigas but also for the human population. Third, we will consider carrying part of the Ural saiga population along the right bank of the Ural River,” he said. 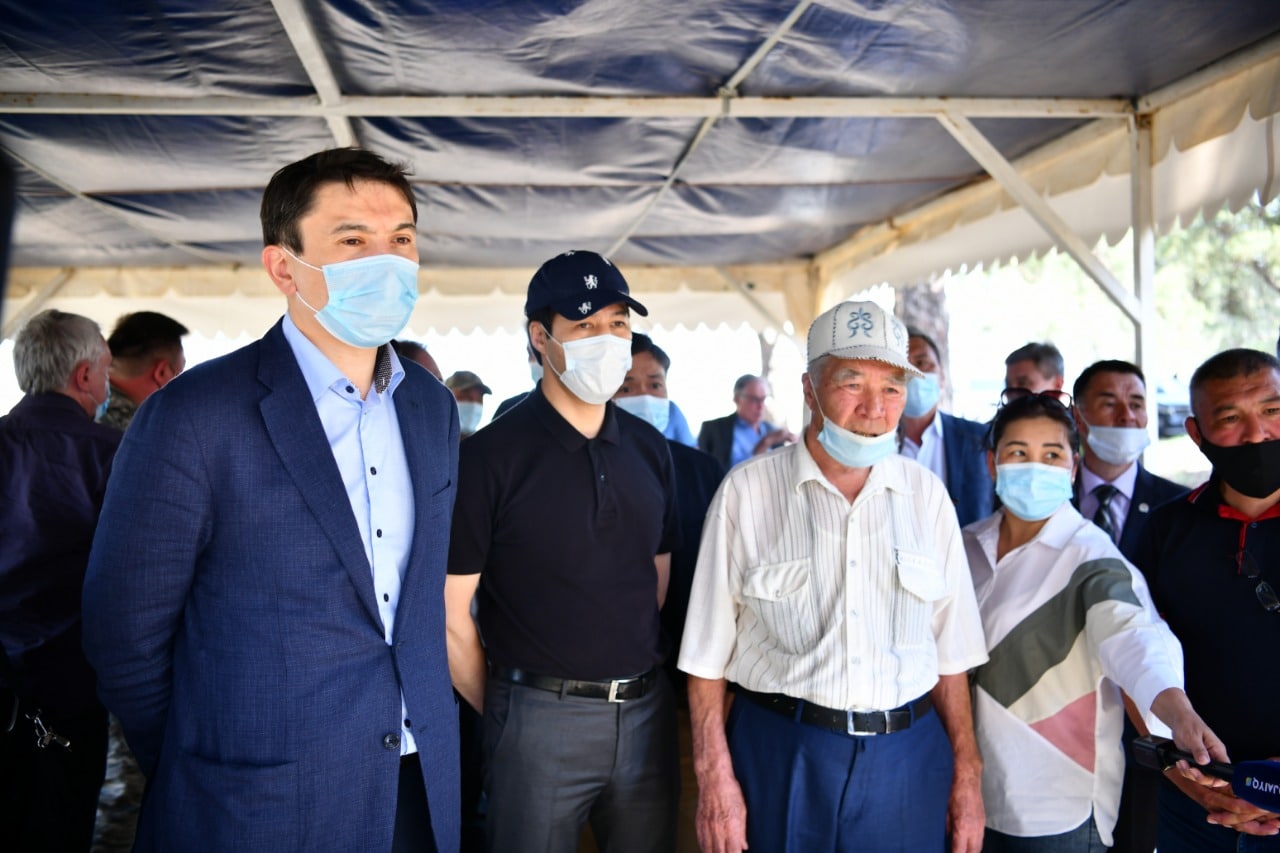 Mirzagaliyev during his meeting with the local population. Photo credit: Ministry’s press service

According to Alexei Grachev, head of the Laboratory of Theriology at the Institute of Zoology, any measures in regard to the saiga population should be done thoroughly.

“Before making any decision, it is necessary to study the problem in detail. The government spent huge resources to restore the population of saigas. Now it is only in recovery, which means it has not yet reached a healthy maximum,” he said.

Three of the world’s five remaining populations of saiga are found in Kazakhstan along with Russia and Mongolia. In Kazakhstan, it is found in the West Kazakhstan Region, Ustyurt Plateau and Betpakdala desert.

The saiga is a beautiful animal that has great adaptability to surroundings but could hardly overcome the threats posed by people. In the 19th century, the saiga’s population dramatically decreased due to hunting and the population has been falling for decades since then.

The saiga is easily recognizable by its humped nose. The males have horns growing up to 30 centimeters and these horns have been a target for poaching. Demand for saiga horns remains high and they are illegally sold on the black market.

With the measures in place, the saiga population has been gradually increasing and was estimated at 295,400 as of April 2015 (from one million in 1992), according to the Association for the Conservation of Biodiversity of Kazakhstan.

In 2015, Kazakhstan saw a mass die-off of saiga antelopes reportedly due to pasteurellosis.

In April, Kazakhstan began an aerial survey of saigas to determine the number of species on the territory of the country.

While the saiga is included in the International Union for Conservation of Nature’s Red List, it is not included in Kazakhstan’s Red Book. Hunting for the species, however, is completely prohibited and carries major legal consequences.