NUR-SULTAN – The Kazakh Senate ratified the amendment to return the “against all” option to voting ballots in elections on all levels. The decision to confirm amendments and additions to the “On elections in the Republic of Kazakhstan” Constitutional Law was made at the Senate’s meeting on May 20, according to the Kazakh Senate press service. 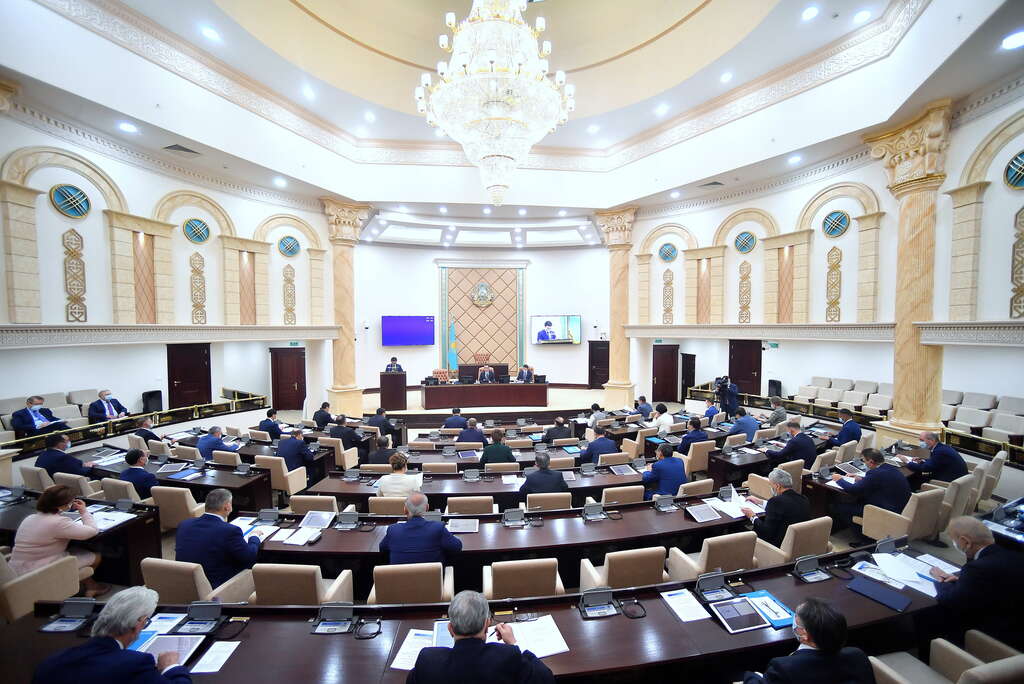 The Senate’s decision comes after the amendments were previously ratified by the Majilis (lower chamber of Kazakh Parliament) on May 5. Another new key amendment to elections involves lowering the threshold from 7 percent to 5 percent of votes for political parties to get elected into the Majilis.

“Reducing the entrance threshold for political parties in the deputies elections to the Majilis and the Maslikhats (local representative bodies) from 7 percent to 5 percent is aimed to further develop political competition. European countries have electoral thresholds ranging from 1 to 10 percent. And there are countries where such restrictions have not been established at all,” said Senator Lyazzat Suleimen.

The reforms were first mentioned by Kazakh President Kassym-Jomart Tokayev in his annual state-of-the-nation address in September last year. The President doubled down on his proposal for the “against all” option following the last Majilis elections held in January when another set of reforms were introduced to develop a multi-party system and political competition, as well as to increase civic engagement.

“The President noted that such concepts as “alternative opinions” and “voting against all” should become the norm for Kazakh citizens. This measure will allow those citizens who are not satisfied with either of the candidates or any of the parties to express their opinion,” said Majilis Chair Nurlan Nigmatullin.

Voting against all, also known as the “none of the above” option, is a common global electoral practice that is found in such countries as India, Ukraine, Indonesia, Greece, Spain and Colombia.

In the September address, Tokayev also spoke about the elections of rural akims (mayors) as he emphasized them as “an important step that should be approached carefully and consistently” and called for more political reforms. Currently, rural akims are appointed by akims of a higher level. The new amendments to the election law include regulating the requirements for rural akim candidates. The candidates must be a Kazakh citizen of least 25 years old and meet the qualification requirements in accordance with the legislation on civil service.

The reforms will also affect rural akims’ duties and transfer of power.  According to the Kazakh Minister of National Economy Asset Irgaliyev, 2,345 administrative-territorial units will be impacted by these changes, as 836 rural akims will be elected by direct voting in the second half of the year. The expected budget for the elections is $11.2 million.

The amendments to the “On elections in the Republic of Kazakhstan” law will enter into force after being signed by the President.