Kazakh President Proposes Seven Reforms in His Address to Nation, With Focus On Economic Recovery 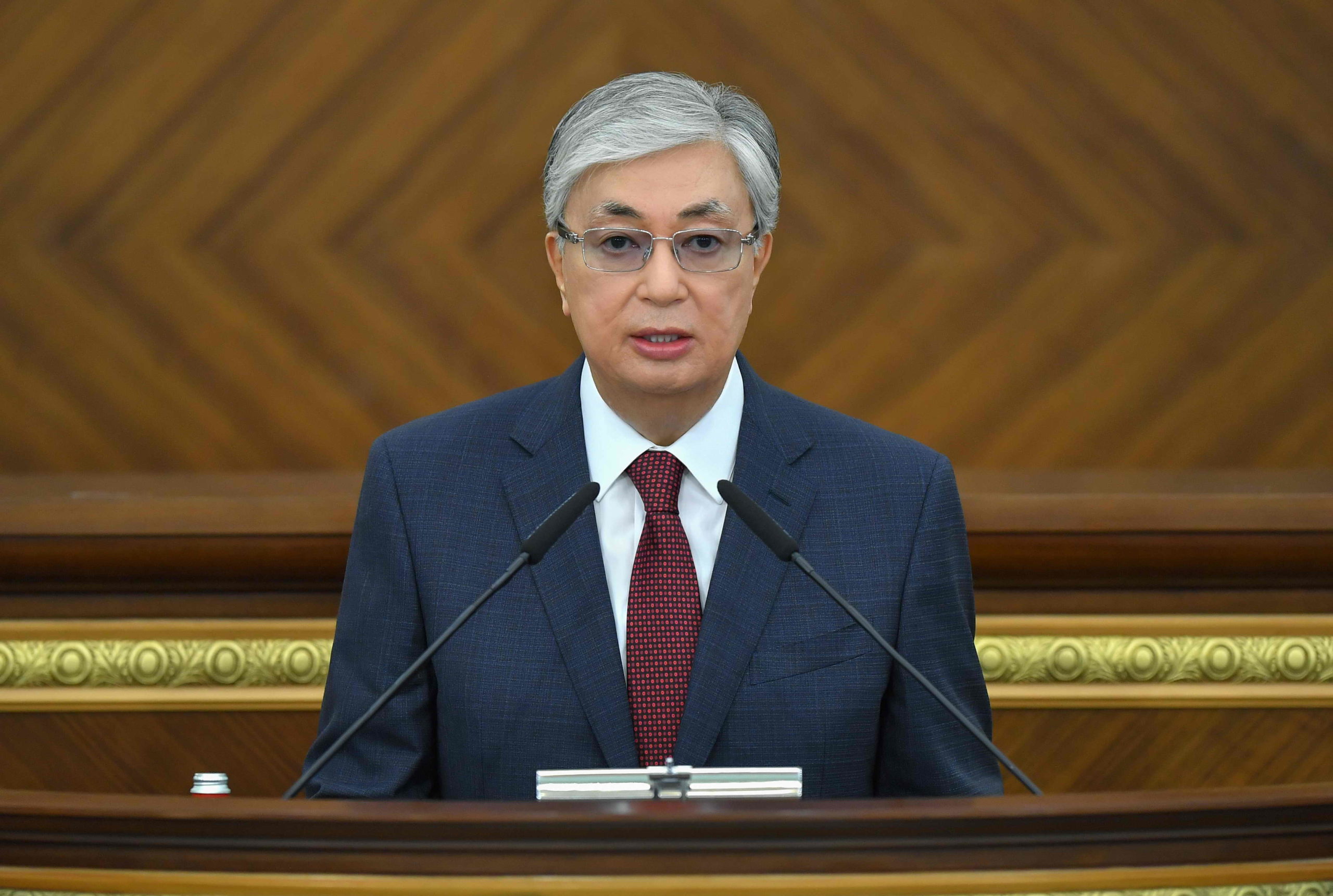 “The new economic course of our country should be based on seven major principles – the fair distribution of wealth and duties, the leading role of private entrepreneurship, fair competition, the opening of markets for a new generation of entrepreneurs, growth of productivity, the increase of complexity and operability of the economy, human capital development, investments in a new form of education, a green economy and environmental protection and well-reasoned decisions by the state with greater accountability to the public,” said Tokayev.

The important task facing Kazakhstan now is to “tap fully into the potential of the nation’s industry.” Tokayev said the goal is to boost domestic production at least 1.5 fold in the next five years.

“Despite our achievements, we have still been unable to fully unlock the huge opportunities of the domestic market. Nearly two-thirds of processed goods are imported,” he said stressing the need to develop areas such as ferrous and nonferrous industries, petrochemistry, mechanical engineering, construction materials and food production.

Agriculture provides significant opportunities for Kazakhstan that boasts vast natural resources. The development of the sector, however, is inhibited by lack of access to land, shortage of affordable loans, and a shortage of specialists.

“Seven large ecosystems for the production and processing of meat, fruits, vegetables, sugar, wheat, oilseeds and dairy products can be formed in the country. Special attention should be given to fisheries. Large projects, which serve as the basis for added value, should have a crucial role,” he said.

He instructed the government to start the development of a new five-year national agriculture development programme, as the current one ends next year. The main tasks identified by Tokayev are self-sufficiency in essential products, stable income growth for millions of rural residents, a two and a half-fold increase in labor productivity, and a double increase in agricultural exports.

“We do not have a systematic and unified position on this and as a result, we are wasting money on countless projects,” he added.

He instructed the government to determine strategically important areas of production, key export priorities, and significantly expand the instruments of support.

“For strategic projects, it is necessary to consider the provision of in-kind grants, preferential financing, partial guarantees, and export support mechanisms. Part of the capital costs of investors can be offset against tax obligations. It is important to provide a guaranteed purchase from public and quasi-public sectors as well as subsoil users. We need to provide stable legal conditions for the entire course of the project,” said Tokayev.

He also said law enforcement and the judiciary require significant reforms to ensure the protection of citizens.

“We need to modernize the criminal system following the example of developed countries in the OECD (Organisation for Economic Co-operation and Development). We need a model that will ensure the timely protection of the rights of the citizens and that will meet high international standards. I believe it is necessary to introduce a three-tier model in Kazakhstan with a clear division of power. I would like to emphasize once again that rule of law and justice should be the default. We need to keep in mind that mistakes in criminal cases impact the lives of people,” said Tokayev.

In his half an hour-long address, Tokayev also spoke about making civil service more efficient, social welfare and the support of businesses in their efforts to restart their work as the pandemic stabilizes.

“The success of the reforms depends on each of us. We all need to change and work on ourselves. The challenges require constant development, improvement and greater strength. Each person is a master of his or her fate, and together we build a happy future for our country,” he said.