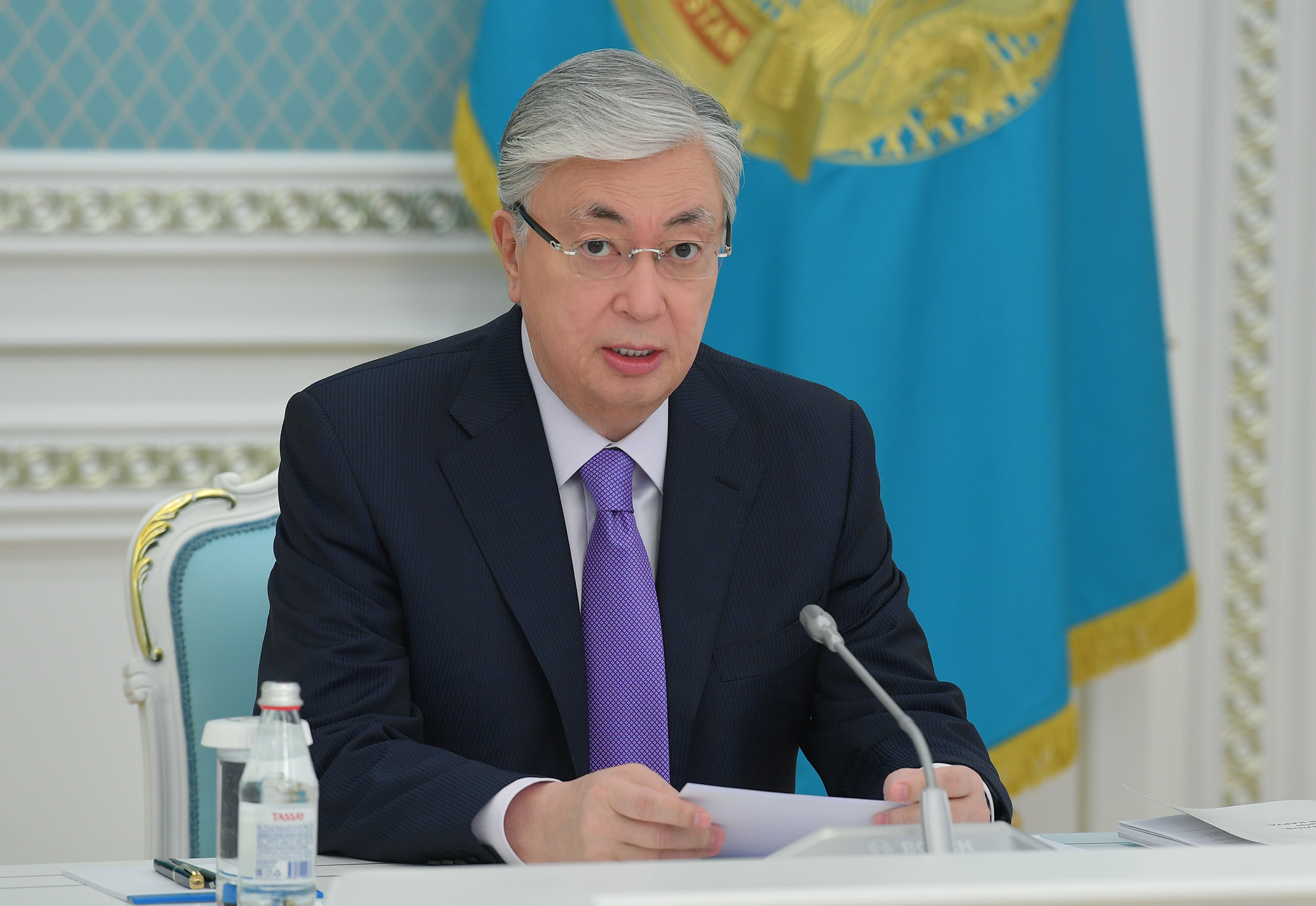 The council was created in September 2020 and is meant to serve as a supreme body for finalizing and adopting the nation’s reform plans. The goal of the new body, announced by Tokayev in his Sept. 1 state-of-the-nation address, is to “ensure the strategic planning of the country’s sustainable development and the deepening of economic, social and political reforms.”

National projects are a new measure in the country’s state planning system meant to replace state programs with their greater cohesion and flexibility.

In developing national projects, three principles are observed. They will target the entire country, be people-oriented bringing real benefit to the citizens and incorporate project management tools.

Tokayev warned the ministers to avoid overlapping and duplication of national projects. They should be focused on addressing core problems mobilizing all efforts and resources.

“It is important to have a clear methodological basis for selecting projects. This should take into account the comprehensive social and economic impact of a national project, be understandable, and of course, objective,” said Tokayev.

National projects should have a priority in budget financing, he added.

He thanked Sir Suma Chakrabarti, deputy chair of the council, and his team for their work on the Gap analysis of the national projects, which could be used as a basis for work on economic, social, and governance reforms going forward.

One of such national projects is the DigitEL project presented by Mussin during the meeting. The new project was approved by Tokayev.

The DigitEL national project envisions nearly 200 measures across five sectors. These are expected to bring the internet coverage to 100 percent, introduce electronic health passports, increase the volume of IT investments to 500 billion tenge (US$1.16 million) per year, and the total volume of exports of IT goods and services to US$500 million.

Other measures also include boosting electronic industry output to 90 billion tenge (US$208.9 million), the creation of 100,000 new jobs, and the opening of five IT schools nationwide.

Measures taken to boost agriculture, one of the most promising areas in Kazakhstan, were also discussed at the meeting.

Minister Omarov presented the national project developed by his ministry to the President and the council members.

Designed for 2021-2025, the document seeks to ensure a steady increase in the income of one million rural residents, create 70,000 family farms, provide up to 500,000 jobs in agriculture and create seven ecosystems involving 350,000 farms and households.

Tokayev said the national project covers a wide range of areas and suggested including some measures into the nation’s Concept for Agriculture Development.

Some other targets envisioned in the document include increasing labour productivity 2.5 times in five years and attracting more than 4.5 trillion tenge (US$10.4 billion) of investment into the sector.

Instructing the government to improve the document, Tokayev said it should be above all else practical.

The Kazakh Ministry of National Economy has drafted a bill on the new regulatory policy aimed at boosting entrepreneurship and attracting private capital given the new economic reality.

“To significantly reduce the burden on business and create an optimal and effective regulatory system, new approaches to regulating entrepreneurial activity have been formed. The effectiveness of state regulation of entrepreneurship will be ensured through the implementation of new principles of interaction between the state and business,” said Minister Irgaliyev.

The regulation “from scratch”, as it was dubbed by the ministry, implies the implementation of the 1-in-2-out principle, meaning that when a new requirement is introduced, two existing requirements in the same area of regulation will be abolished.

“The rules in the draft law should be workable. We should not allow any vague compromises which satisfy the regulators but make the reform itself meaningless and formal,” urged Tokayev.

To reduce the administrative burden, the ministry plans to introduce electronic reports to replace papers.

“In 2022 there will be an integration of information systems that will enable automated reporting. In 2023, digitization of non-automated reporting, risk assessment, and management systems will be introduced,” said Irgaliyev.

Speaking of judiciary reforms, Tokayev pointed to the importance of consistent and systematic modernization of the judicial system to ensure impartial and fair justice.

“This is the most important criterion of a state governed by the rule of law, the basis of investment attractiveness and protection of private property rights. New approaches to judicial reform should strengthen the independence of judges, increase public confidence in the courts, encourage the involvement of new professional staff in the administration of justice, and make the judicial process more convenient and efficient,” said Tokayev in his instructions to adopt the draft bill by the end of this year.

The work should also involve the public.

“This reform is very important. In fact, it is a priority in all work aimed at transforming Kazakhstan into a modern and efficient state,” he added.

He also told the Special Representative for International Cooperation to communicate the ongoing reforms to Kazakhstan’s international partners.