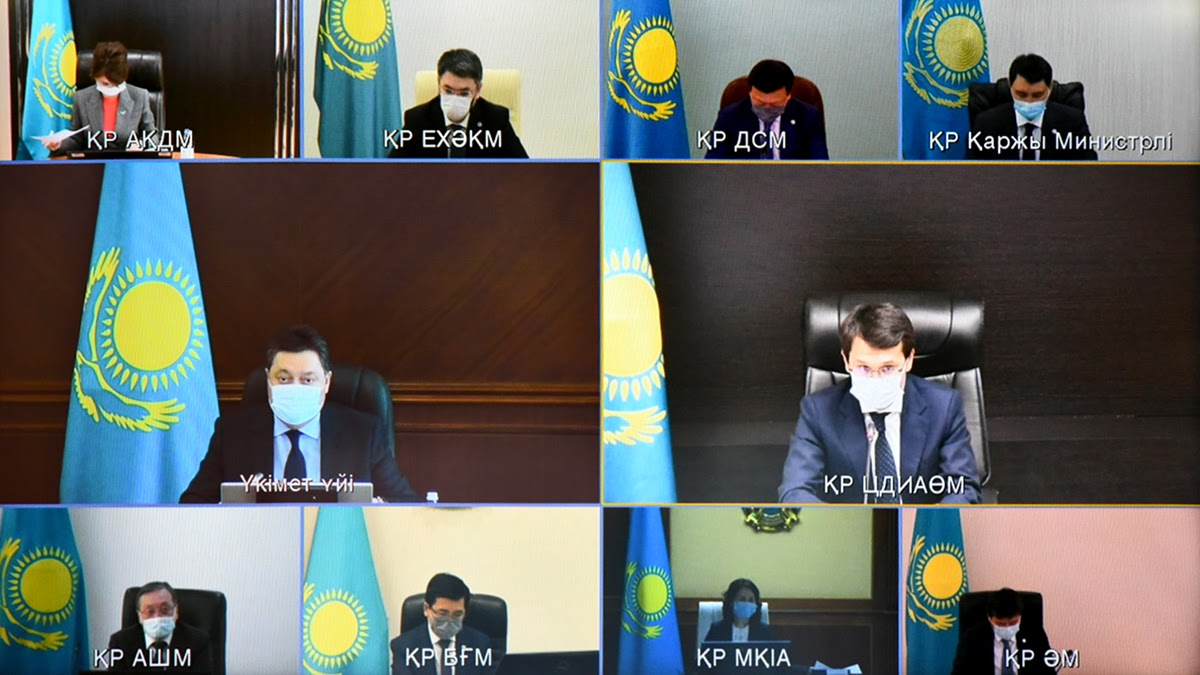 Kazakhstan has been implementing its Digital Kazakhstan program since 2018. Photo credit: primeminister.kz.

The DigitEL national project envisions nearly 200 measures across five sectors. These are expected to bring the internet coverage to 100 percent, introduce electronic health passports, increase the volume of IT investments to 500 billion tenge (US$1.16 million) per year, and the total volume of exports of IT goods and services to US$500 million.

Other measures also include boosting electronic industry output to 90 billion tenge (US$208.9 million), creation of 100,000 new jobs, and opening five IT schools nationwide.

Mamin told the ministry to present the DigitEL national project at the next meeting of the Supreme Council for Reforms.

Ensuring quality internet and access to it in all regions of the country has been a priority for the ministry.

One of the recent developments in this area has been Kazakhstan’s negotiations with SpaceX on the company’s Starlink internet satellites.

“We have been in talks with SpaceX since the end of March and have had several online meetings with Matt Botwin, SpaceX Director for Global Satellite Government Affairs. There are several areas where we see our cooperation. The ministry’s goal is to provide internet to every settlement in Kazakhstan,” wrote the minister on his Facebook account.

He said the sides have preliminary agreements to set up a teleport station near Almaty and to connect up to five villages in pilot mode.

Mussin the public that more details will be available soon.

Smart city technologies have been a crucial part of the nation’s Digital Kazakhstan program. The standard, developed as part of the state program, included projects using the Internet of Things, artificial intelligence and other advanced technologies.

The benchmark standard for smart cities in Kazakhstan consists of 11 areas and includes more than 100 key indicators and 100 initiatives.

The smart city project is meant to improve the lives of people across the country.

The digitization of public transport increased tax revenue by 25-30 percent.

According to the results of 2020, the leaders in the Smart City concept implementation are the cities of Almaty, Nur-Sultan and Karaganda.

During the meeting, Minister of Healthcare Alexey Tsoy outlined the development of artificial intelligence in the medical sector, while Chairperson of the Civil Service Agency Anar Zhailganova spoke about the digitization of human resources at state bodies.

The ministry also plans to create a National Medical Images Repository with artificial intelligence that will ensure the timely and high-quality diagnosis of cancer and lung diseases and reduce dependence on the availability of qualified doctors in remote regions.

Tsoy said the effectiveness of the system has been tested in the Almaty and Atyrau regions, where early cancer detection has increased by 25 percent and mortality has been reduced by 15 percent.