NUR-SULTAN – The Kazakh Minister of Digital Development, Innovation and Aerospace Industry Bagdat Mussin spoke about his ministry’s plans for the year at an April 5 press conference at the Central Communications Service. 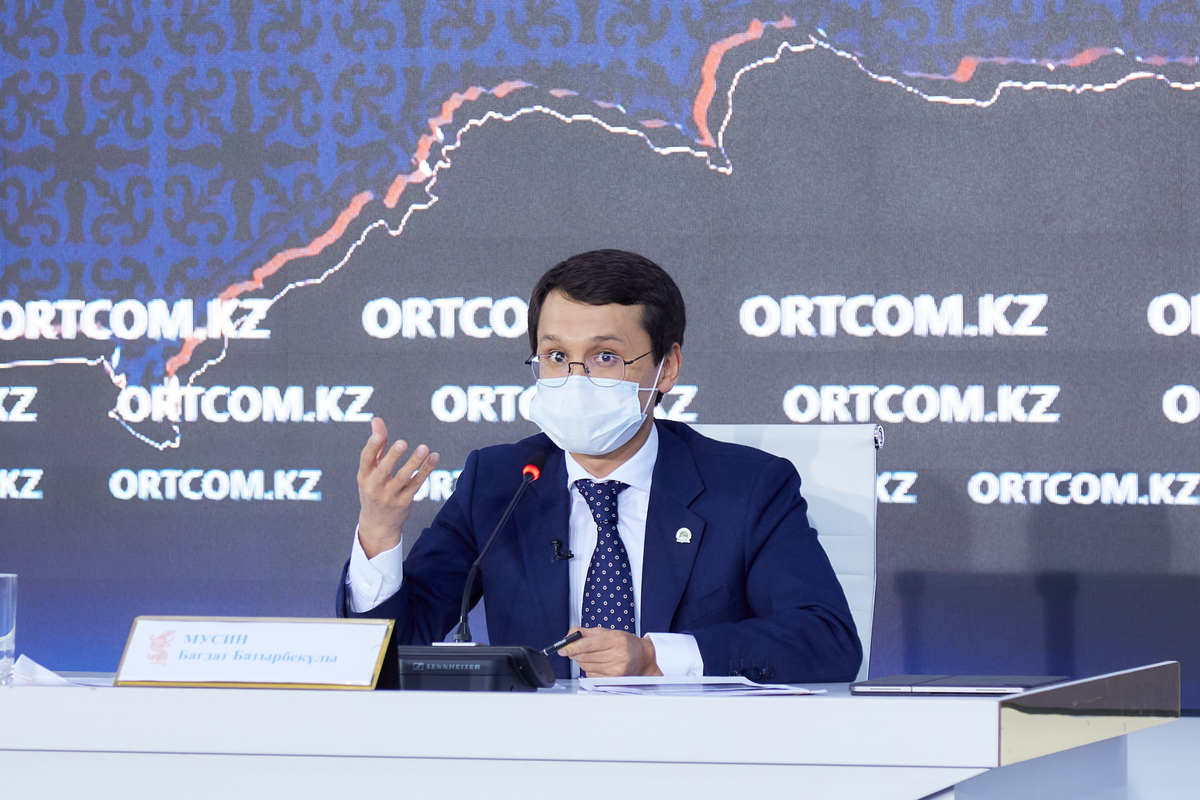 Internet access and improving the quality of the internet in rural areas are among the ministry’s top priorities.

In 2020, Kazakhstan made large strides towards covering its rural areas with mobile broadband.

As of the end of 2020, 5,322 of the nearly 6,500 rural settlements were covered with the Internet, while fibre optic cables were connected to 1,257 settlements and to key local organisations, such as akimats (city halls), schools, and hospitals.

It also provided internet access to 928 settlements with a population of more than 250 people. The two projects laid 20,000 kilometres of optics in the country to rural settlements.

This year, the work will continue by improving the quality of the internet in 292 rural settlements with a population of fewer than 250 people.

To control the quality of the internet, the ministry purchased additional equipment bringing the total of quality control devices from only six for the whole country to 17 and ensuring that each region has it.

Internet operators are obliged to improve the quality of the internet as they have their tax burden reduced by 90 percent. Failure to do so will result in fines.

“We travel to the regions to check the quality. For example, while in the Turkestan region, we identified two villages where the internet was really weak. We measured this with the equipment, then issued a fine and gave them two months to fix the problem. If the problem is not fixed in time, we have the right to take tougher measures. Thus, fines can be issued everywhere in the 17 regions,” said Mussin.

If citizens are not satisfied with the quality of the internet, they may file a complaint through an electronic government website.

The ministry has also been working to develop the nation’s space field. Kazakhstan has two communication satellites, KAZSAT-2 and KAZSAT-3. The former will expire in 2024.

Remote sensing is another area that the ministry is working on and that has already proved itself capable of fulfilling the needs of agriculture and environment conservation in Kazakhstan.

Mussin stressed that the protection of citizens’ personal data will be strengthened in Kazakhstan.

“Here we are doing several things. The first measure is digital consent. When a person comes to the public services center today and presents her or his identification number, the operator can access all databases. Now, we will introduce the principle that the operator will not have access to the databases until the person agrees,” said the minister.

He noted that this principle will be introduced to all service centers.