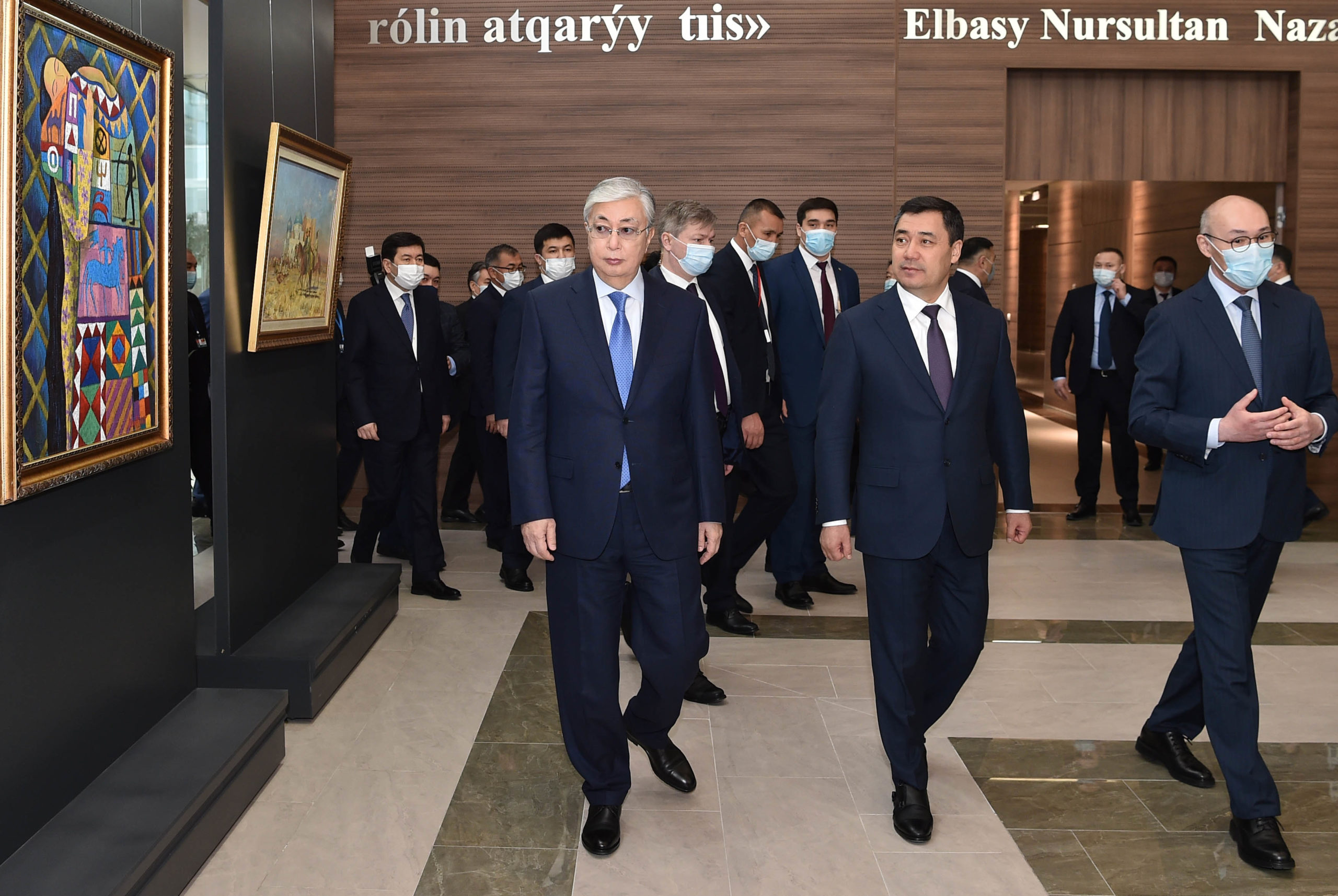 The AIFC is a major financial institution in the country and the region of Central Asia. Launched in 2018, it offers financial services, including financial technologies, Islamic finance, green finance, capital market and asset management.

The centre enjoys a special legal status envisioned by constitutional law and offers incentives to companies, including tax exemptions, a visa-free regime and a simplified employment regime.

During their visit, Tokayev and Japarov were briefed on the activities of different agencies in the AIFC structure, including the International Court of Justice and the International Arbitration Centre (IAC), The Astana Financial Services Authority, the Green Finance Centre, the Bureau for Continuing Professional Development, and the Fintech Hub. 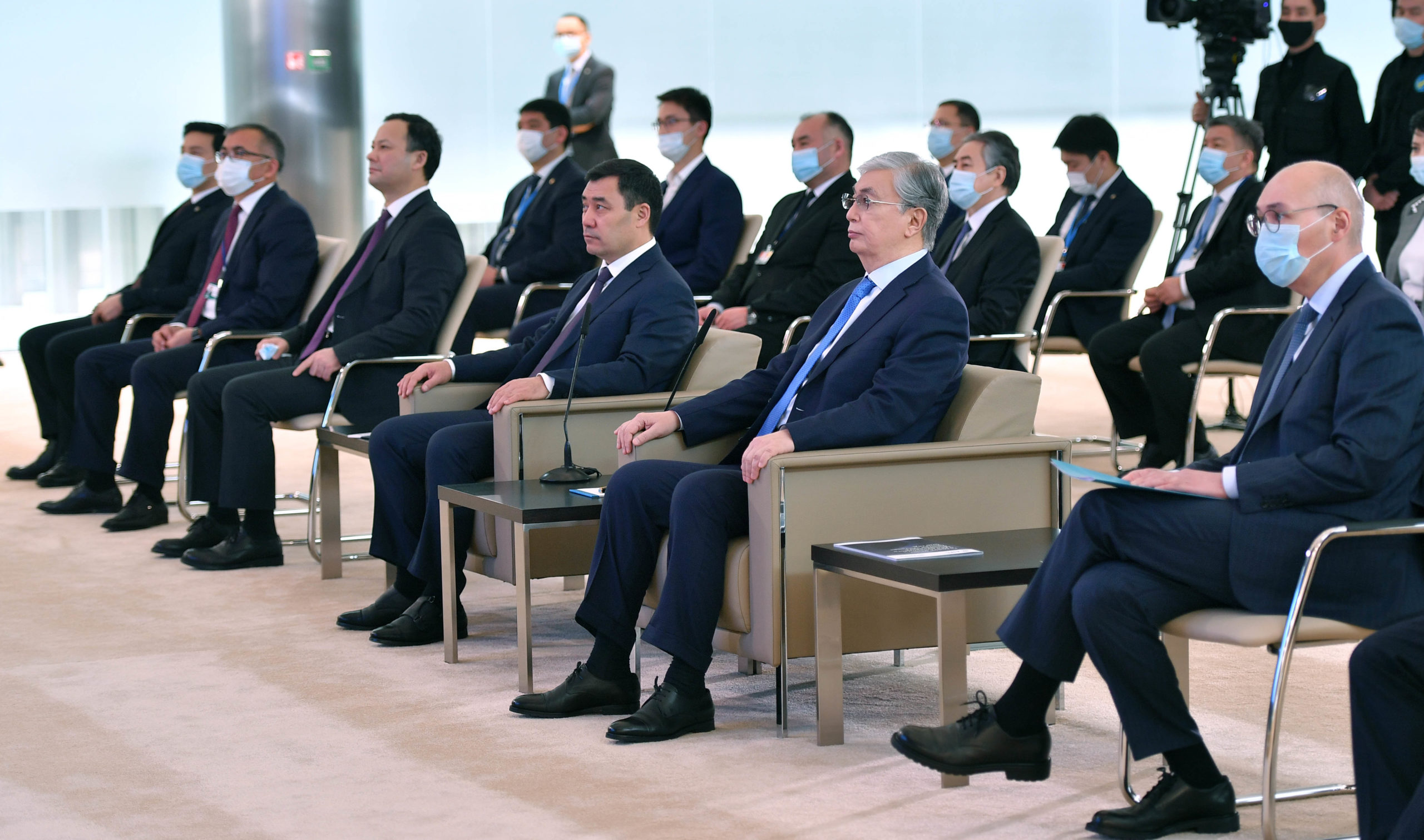 The leaders also attended the presentation of the e-Justice electronic filing system, an online portal that allows parties to file cases at the AIFC Court and IAC electronically from anywhere in the world.

They also were introduced to the Tabys mobile application that was developed to attract smaller retail investors and help its users in finance and investments. 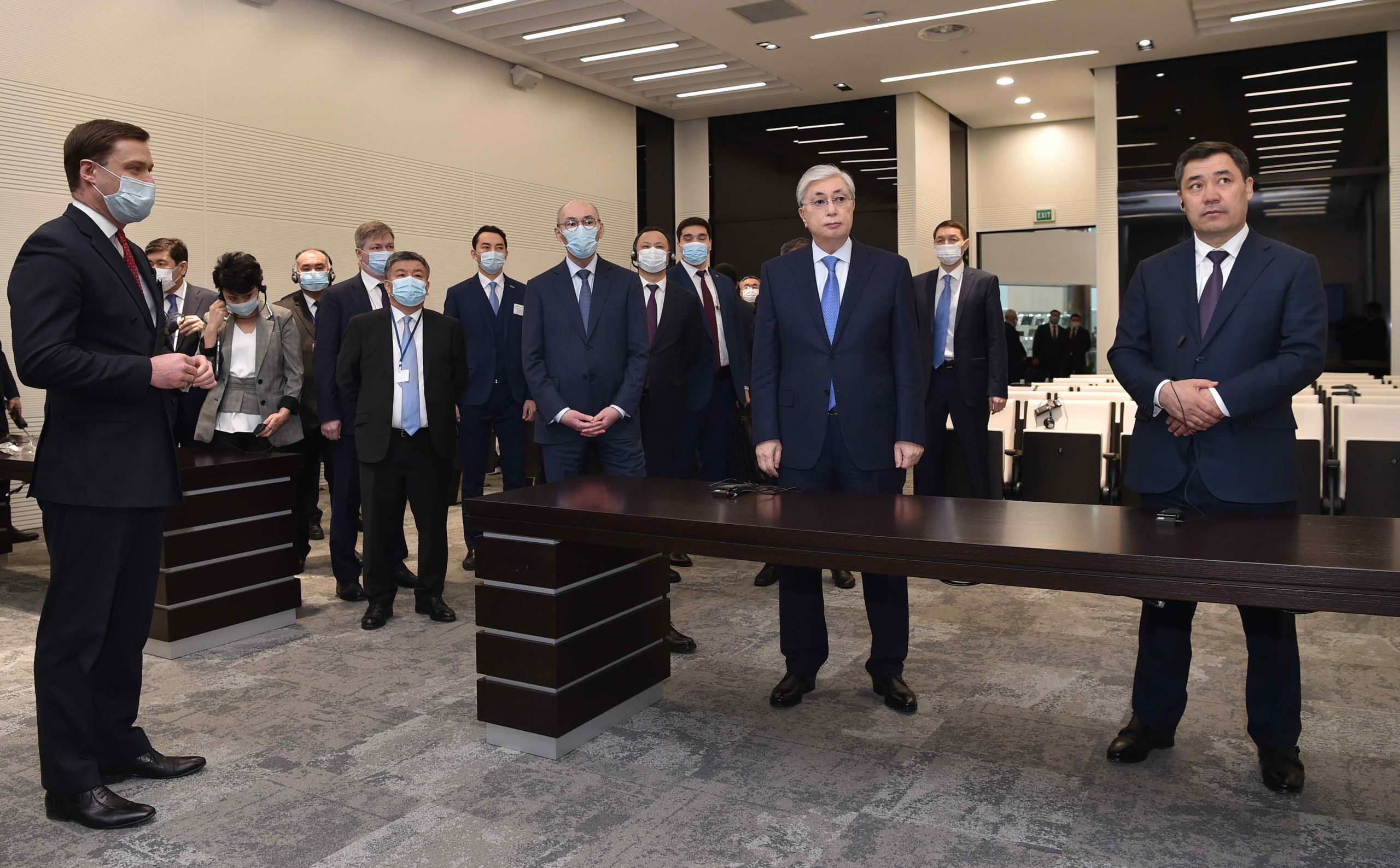 Japarov arrived in Kazakhstan on March 2 for his second foreign visit as the President of Kyrgyzstan after his trip to Russia in late February. He met with Tokayev, Kazakhstan’s First President Nursultan Nazarbayev, Kazakh Prime Minister Askar Mamin and Majilis (lower chamber of Kazakh Parliament) Chair Nurlan Nigmatullin.

After their meeting, Tokayev and Japarov adopted a joint statement  “confirming the importance of expanding bilateral relations in trade and economic cooperation, ensuring growth and diversification of mutual trade in goods and services.”

“They emphasize the need for a comprehensive expansion of business relations aimed at the implementation of joint projects in industry, hydropower, the fuel and energy complex, subsoil use, agriculture, the processing sector, logistics, road and transport infrastructure and banking,” read the statement.

Both leaders agreed on the need for greater cooperation within the region of Central Asia, noting the importance of Consultative Meetings of the Heads of Central Asian States with the next meeting scheduled this year in Kyrgyzstan once the epidemiological situation shows improvements.