NUR-SULTAN – Germany’s Lufthansa announced it would resume its regular flights to Kazakhstan in May. 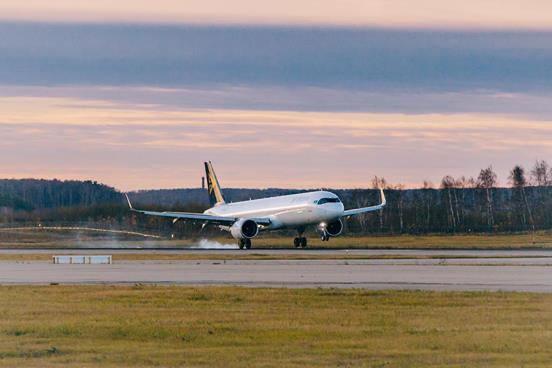 The flights will be resumed from the Kazakh capital Nur-Sultan and Almaty to Frankfurt.

Frankfurt to Almaty flights will be operated on Mondays and Saturdays landing at Nur-Sultan’s  international airport, and a non stop direct flight on Thursdays.

Lufthansa, whose losses in 2020 amounted to 6.6 billion euros ($7.9 billion), suspended its flights to Kazakhstan in March 2020, when the first coronavirus case was reported in the country.

“From the summer onwards, we expect demand to pick up again as soon as restrictive travel limits are reduced by a further roll-out of tests and vaccines. We are prepared to offer up to 70 percent of our pre-crisis capacity again in the short term as demand increases,” said the company in a statement.

Air Astana also announced it would open a flight from Almaty to Tbilisi March 16 after Georgia allowed air travel for nationals of Armenia, Azerbaijan, Belarus, Kazakhstan, Russia, and Ukraine starting March 1. The passengers must present a negative COVID-19 result taken no more than 72 hours prior to departure.

The flight will take place three times a week.

Starting March 14, Air Astana will also resume flights to Dushanbe from Almaty. These will be operated once a week on Sunday.

Kazakhstan has been steadily increasing its international air travel. In February, the Kazakh Civil Aviation Committee said the country will have flights from Kazakhstan to Kyrgyzstan, Ukraine, and Uzbekistan.