NUR-SULTAN – Kazakhstan and Turkey have reaffirmed their commitment to a strategic partnership, as Kazakhstan’s Deputy Prime Minister and Foreign Minister Mukhtar Tileuberdi made his official visit to Turkey on March 16-18, reports the Kazakh Foreign Ministry’s press service. 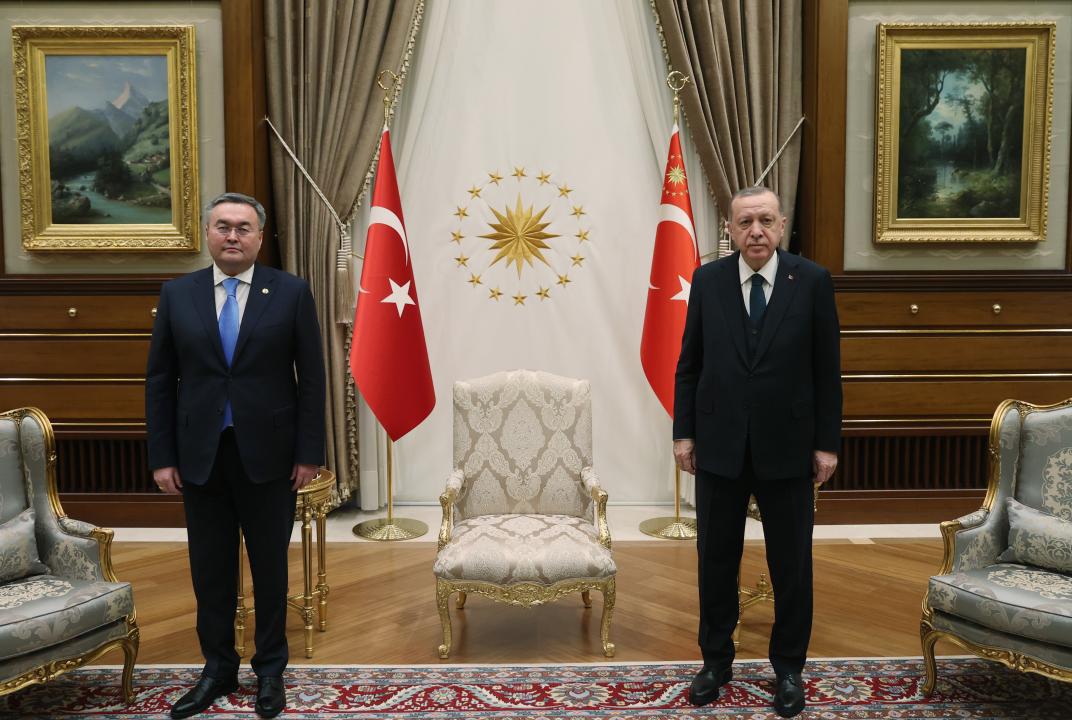 Both sides commended the ties between the two countries, agreeing on strengthening the partnership both in bilateral and multilateral formats.

Turkey is an important strategic partner of Kazakhstan in the Eurasian region, said Tileuberdi.

“I would like to note the steadily high level of bilateral cooperation between Kazakhstan and Turkey. The unbreakable friendship between our brotherly people and the well established political dialogue at the highest level offers an opportunity to deepen our mutually beneficial strategic partnership,” he said.

Çavuşoğlu said strong economic ties are a solid foundation for the cooperation between Kazakhstan and Turkey that must be strengthened by tapping into the existing but underutilized potential.

According to him, Kazakhstan is the “historical homeland of all Turks” and Turkey attaches great importance to the spiritual ties between the people of the two nations.

During his meeting with Erdogan, Tileuberdi conveyed the invitation of Kazakhstan’s First President Nursultan Nazarbayev to Erdogan to attend the informal summit of the Cooperation Council of Turkic-speaking States scheduled for March 31 in Kazakhstan’s city of Turkestan. The council was founded in 2009 to promote cooperation between Turkic speaking states. Currently, its members are Azerbaijan, Kazakhstan, Kyrgyzstan, Uzbekistan, Turkey and Hungary as an observer state.

The Kazakh delegation took part in the sixth meeting of a joint strategic planning group that explored priority issues in bilateral cooperation, including in politics, trade and economy, transport and logistics as well as culture and humanitarian areas.

The trade turnover exceeded US$3 billion in 2020 and the sides seek to bring the number to US$10 billion.

But cooperation goes beyond trade and politics, as contacts between people in Kazakhstan and Turkey are becoming increasingly close.

“When we list the first examples that come to mind, it is obvious that we have achieved an important momentum in all these areas of our cooperation. Although we have been separated from each other for some time due to geographical and historical reasons, fortunately, today we are rediscovering each other, our brotherhood and our common history,” said Turkish Ambassador to Kazakhstan Ufuk Ekici in his interview with the Turkish Anadolu Agency in March.