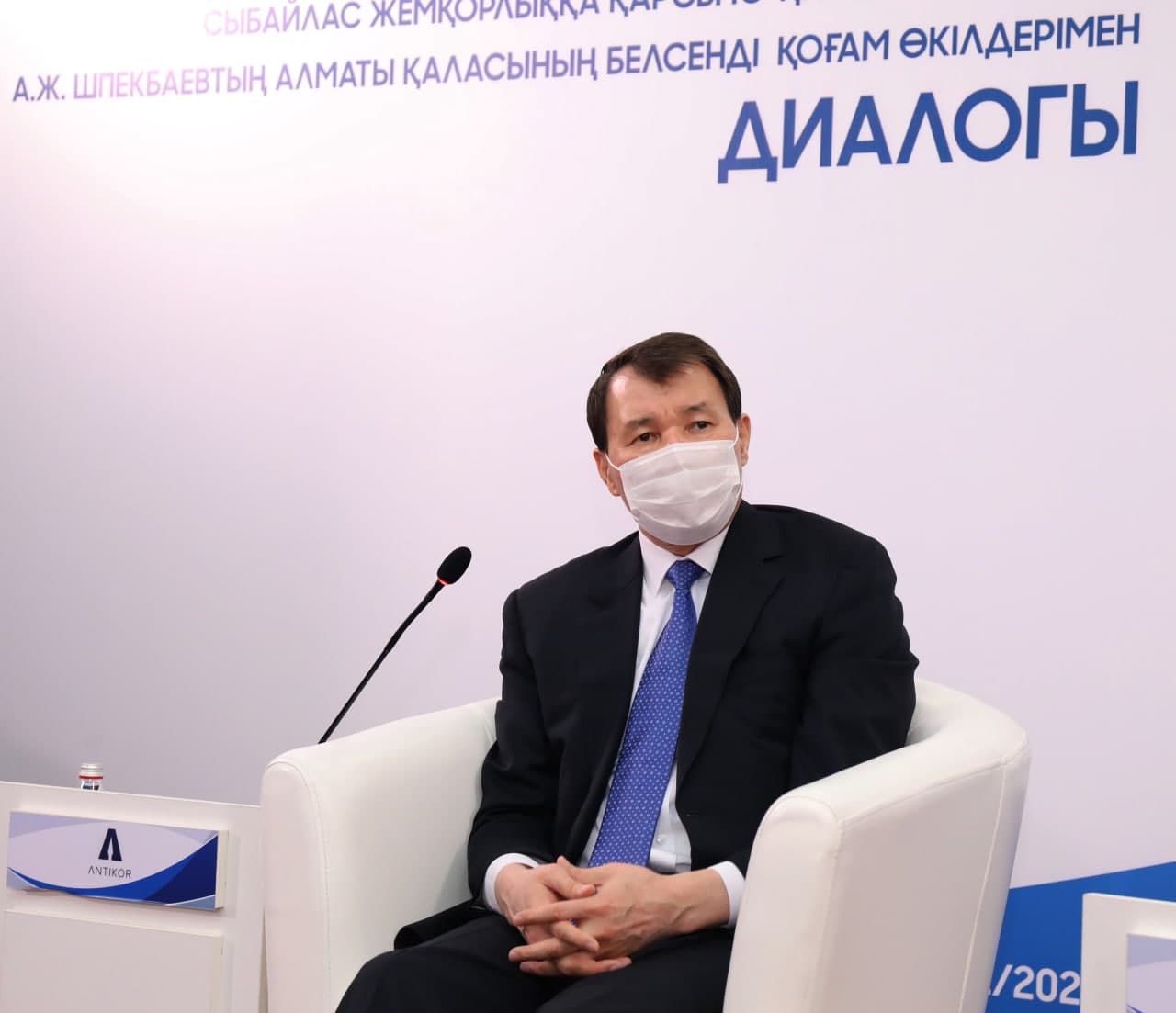 The agency seeks to incorporate innovative approaches to addressing the issue.

“Eliminating corruption was one of the most important priorities in the electoral program of the head of state. Along with political modernization, three packages of anti-corruption reforms were adopted,” said Shpekbayev.

The first package introduced measures such as personal responsibility for high-level officials if a corruption case was reported within an institution.

“Six politicians have since been dismissed, then nine more, 39 administrative civil service managers, and five top managers of the quasi-business sector were subject to a disciplinary action,” said Shpekbayev.

News about resignations always receive attention from the media and the public, he added.

“Everyone wants to be a chief, but not everyone is prepared to take responsibility for their subordinates. Submitting a formal letter of resignation and actually resigning are two different things. In some state bodies, corruption offences have become systemic, but not a single head has resigned from office at their own wish,” he said.

One hundred criminal cases have been reported in 2020 relating to the pandemic, said Shpekbayev, as massive resources were mobilized last year to address the health and economic crisis. Almost half of these crimes were related to the embezzlement of funds allocated as a response to the coronavirus outbreak.

“In the midst of the pandemic, when people relied on those to whom power was delegated, unscrupulous officials and top managers, fearing neither the law nor God, treated their positions as a highly profitable personal business, engaging in embezzlement of public funds and receiving bribes on a systematic basis. Getting rich off the woes of the people is similar to treason and murder. (…) We prevented the purchase of 132 artificial respiratory ventilation devices at an inflated cost of over two billion tenge (US$4.8 million),” he said.

“The pandemic continues, so our main task is to continue monitoring the budget allocated to curb coronavirus and involve even more citizens in public control,” said Shpekbayev.

The agency is also active in social media raising awareness about its efforts to fight corruption. On Facebook, it regularly goes live with agency officials, experts and citizens to talk about their experience in dealing with corruption. One such discussion was held with Dimash Niyazov, a Kazakhstan-born police officer working in the New York Police Department. He shared his experience while working with the American police.

Dimash Niyazov was born in Shymkent in southern Kazakhstan. He moved to New York with his parents at the age of 13. In 2017, the NYC police department recognized him as the best police officer for his successful detention of a drug lord.

“There are cameras everywhere. We also have badge recorders. You never know who is filming you. You could lose your job. I had moments when I was offered a bribe, but I explained to them that they cannot do this. I warned people that I could have them arrested for it,” Niyazov said.

In January, Kazakhstan for the first time received 38 points out of 100 in the Transparency International’s 2020 Corruption Perceptions Index (CPI) ranking 94th out of 180 countries.

According to the release, Kazakhstan has improved its positions in the CPI rating amid an emergency situation in the healthcare sector and threats to the stability of democratic institutions due to the country’s work on fighting corruption.

The experts positively assessed the activities of the Kazakh government, which has adopted measures to support people and businesses during the pandemic and amendments to increase responsibility for corruption and digitization of the public services sector.