By Aidana Yergaliyeva in International on 26 May 2020

The World Boxing Council (WBC) awarded Dimash Niyazov, a famous professional boxer and New York City policeman of Kazakh descent, with the Hero of Humanity award. WBC, one of the four major international boxing organizations has created the award to recognize those heroes and heroines who, day after day through their various actions bravely facedown the Covid-19 pandemic. 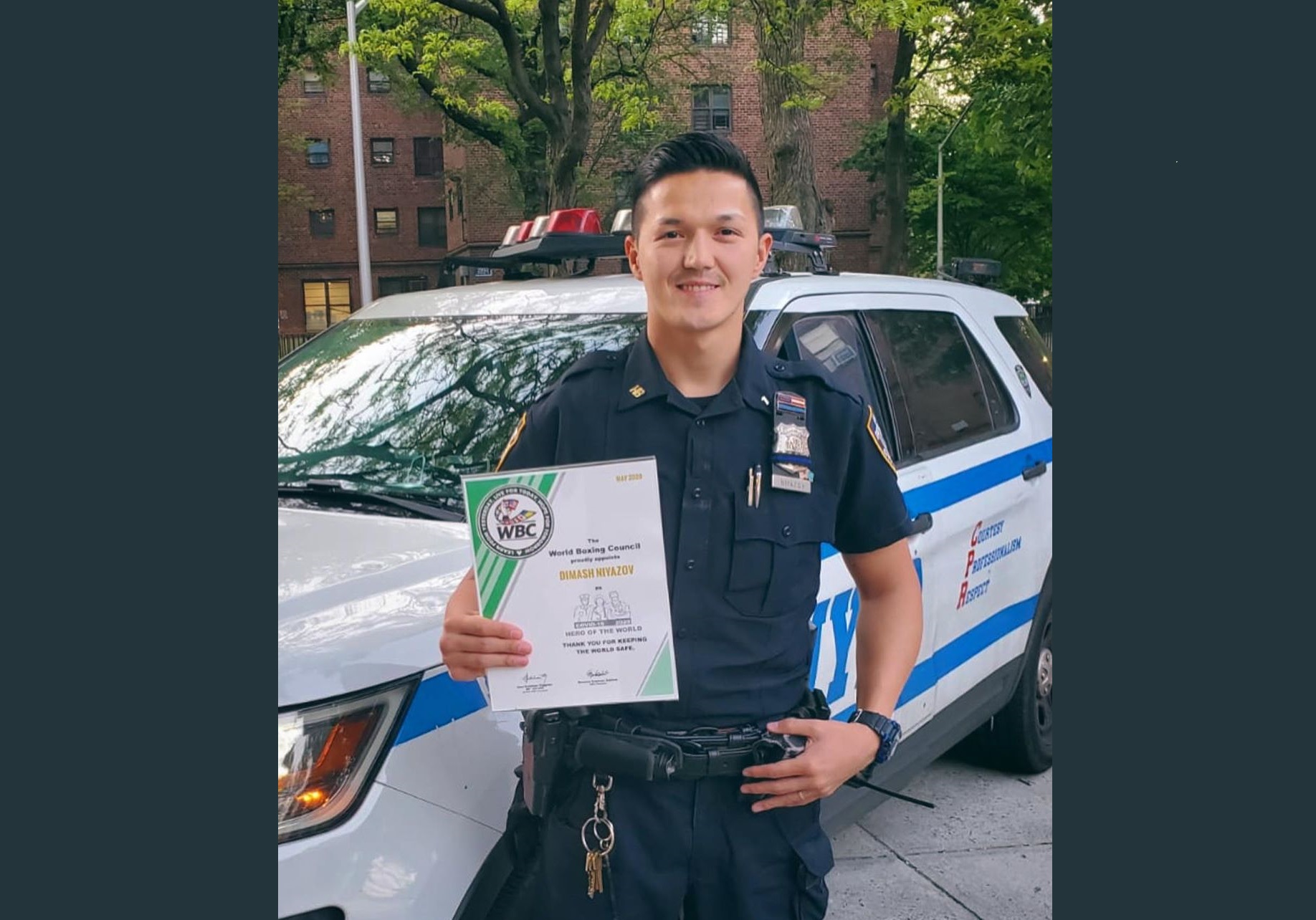 Together with Dimash, 21 other boxers from eight other countries who worked on the front lines to fight the coronavirus pandemic as medics, activists and law enforcers were granted the title.

“I received a Hero of the World award from the World Boxing Council. Big thanks to @wbcboxing for the recognition and to those who nominated me as their hero. I will continue on working hard and be a role model to those who look up to me. I appreciate it,” Niyazov wrote on his Instagram page.

Dimash Niyazov became famous in Kazakhstan after Kazakh filmmaker Kanat Beisekov released a short documentary titled “new kazakh cop.”  He was born and raised in Shymkent, an ancient Kazakh city on the Great Silk Road/and moved to New York with his parents at the age of 13.  There he joined the police, following his dream to become a member of New York’s Finest and to pursue a career in boxing. The NYC Police department recognized him as the best police officer in 2017 for his successful detention of a drug lord. Niyazov continues to work in New York, in one of Brooklyn’s most dangerous neighborhoods. Over his years of service in the police, he has repeatedly received special tokens and awards for his best work.

During his amateur career, Niyazov achieved a record of 27-3 and won major tournaments such as the US Boxing Metro Championships and the Empire State Games in New York City. Since turning pro in 2011, he has acquired a record of 7-0-(3), with four wins by knockout.

Overall, the boxer has claimed 13 victories in prestigious US tourneys. Among his defeated rivals were formidable boxers Eduardo Rees, James Lester and Agustin Mauras.

Niyazov remains grounded in his Kazakh identity and visits often. Last year, the regional police of the city of Turkestan gave Niyazov the honor of opening their new front office.