By Aidana Yergaliyeva in Nation on 10 January 2021

NUR-SULTAN – Foreign observers reported high levels of preparedness at the polling stations and their compliance with democratic best practices during the Jan. 10 press briefings in Nur-Sultan. The Kazakh Central Election Commission accredited 398 foreign observers, of which 76 were from 31 foreign countries and 322 from ten international organizations. 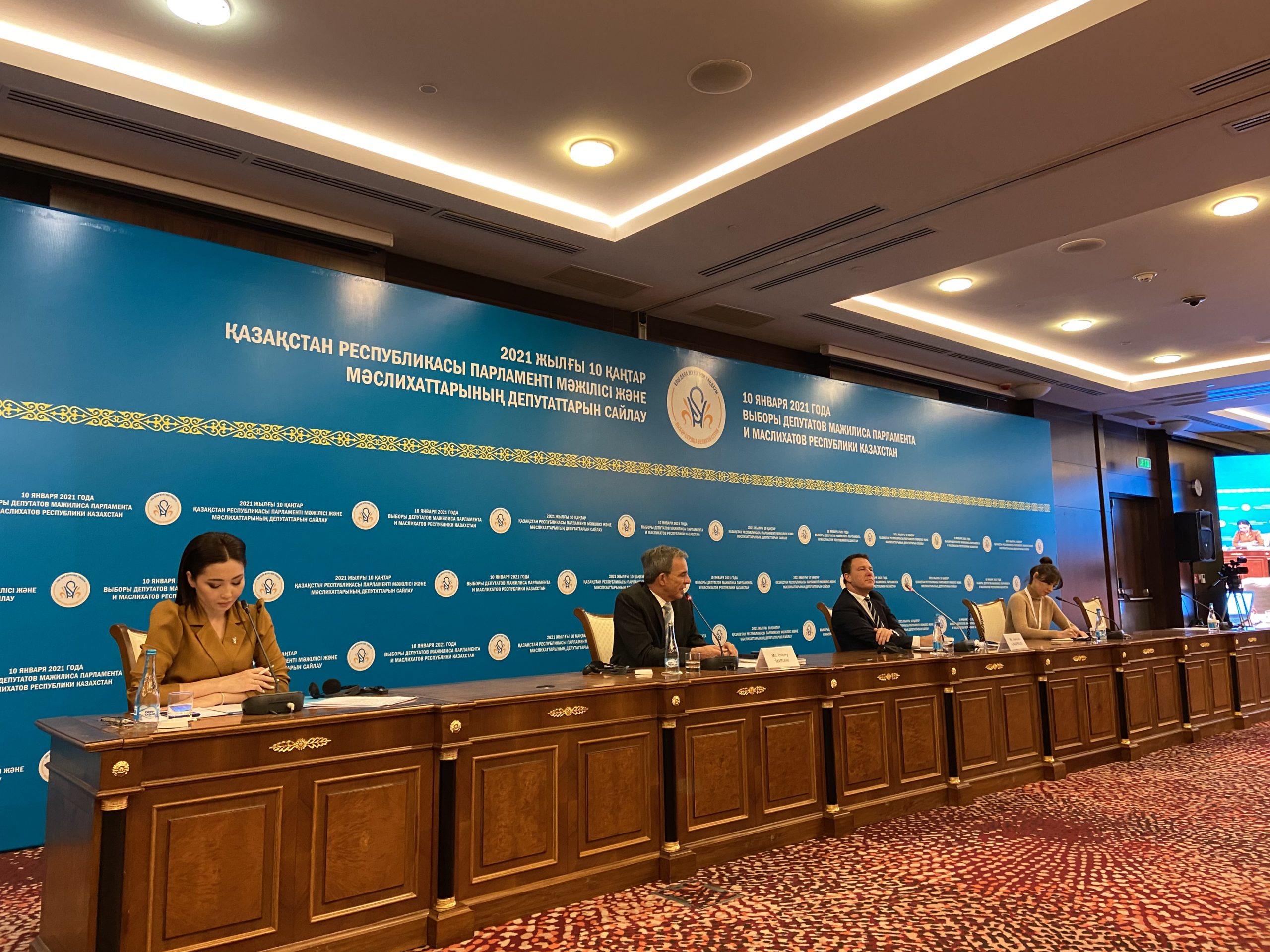 As the polling stations opened at 7 a.m. sharp, the observers started visiting polling stations nationwide. In particular, they stressed that there was no overcrowding at the polling stations. Every electoral participant followed sanitary norms. The stations also made voting easy and accessible for people with disabilities. All citizens were provided with masks and gloves upon arrival if needed.

As for the countries with a long lasting history of democracy, the observers from Italy, France, and Germany highly praised the execution of the Kazakh elections and stressed that they were “impressed and surprised.”

They reported no violations and stressed that Kazakhstan is a great example that shows the possibility of conducting elections during the pandemic.

This is the second visit of European Parliament member Thierry Marianni as an observer. Marianni came as an observer from the Organization for Security and Co-operation in Europe (OSCE) to watch elections in 1995. Marianni stressed that the difference that 25 years has made in Kazakhstan is colossal.

The countries from Commonwealth of Independent States (CIS) and post-Soviet space also expressed their similar impressions and find Kazakhstan’s election an example for other countries.

According to Tomasz Lenz, a deputy of the Sejm (lower house of the Polish parliament), noticed in the first few hours there weren’t as many people at the polling stations. Lenz also noticed that proportionally there were many young people coming to vote, unlike in the elections of other countries, where the youth is less interested in exercising their political rights.

“We have seen that the elections are conducted in a transparent way – the organization was perfect,” said Turkish parliament’s deputy Zeki Hakan Sidali who came a second time as an observer. “I had the opportunity to speak with several people [during his stay in Kazakhstan]. The elections were done in a democratic way. People come at their own will.”

According to independent expert from Turkey, Tugrul Camas, the Kazakh democratic processes should not be compared to the ones seen in mature democracies. As a relatively young nation, Kazakhstan has room to grow, but he stressed that “each election is better than the previous one.”

Four Ukrainian observers reported higher voter turnout at the polling stations close to noon. According to the observers, despite few minor violations, “in general, the elections in Kazakhstan can be considered democratic.”

“All parties stopped their campaigns for the pre-election day of silence. There were no violations here,” Serhii Ievtushok, a deputy of the Ukrainian Verkhovna Rada unicameral parliament reported. “There was a minor violation where cabins were not covered with curtains,” he added.

Ukrainian politicians also noted that Ukraine has lessons to learn from Kazakhstan’s electoral practices and the public discipline present at the polling stations.

Estonian observers also were “pleasantly surprised” with the voter turnout and “wistfully mourned the lack of similar voter turnout [in Estonia.]”

As election day proceeds, the foreign observers will continue their missions at the polling stations. The observers from international organizations will summarize their observations on Jan. 11.