By Aidana Yergaliyeva in Business on 14 January 2021 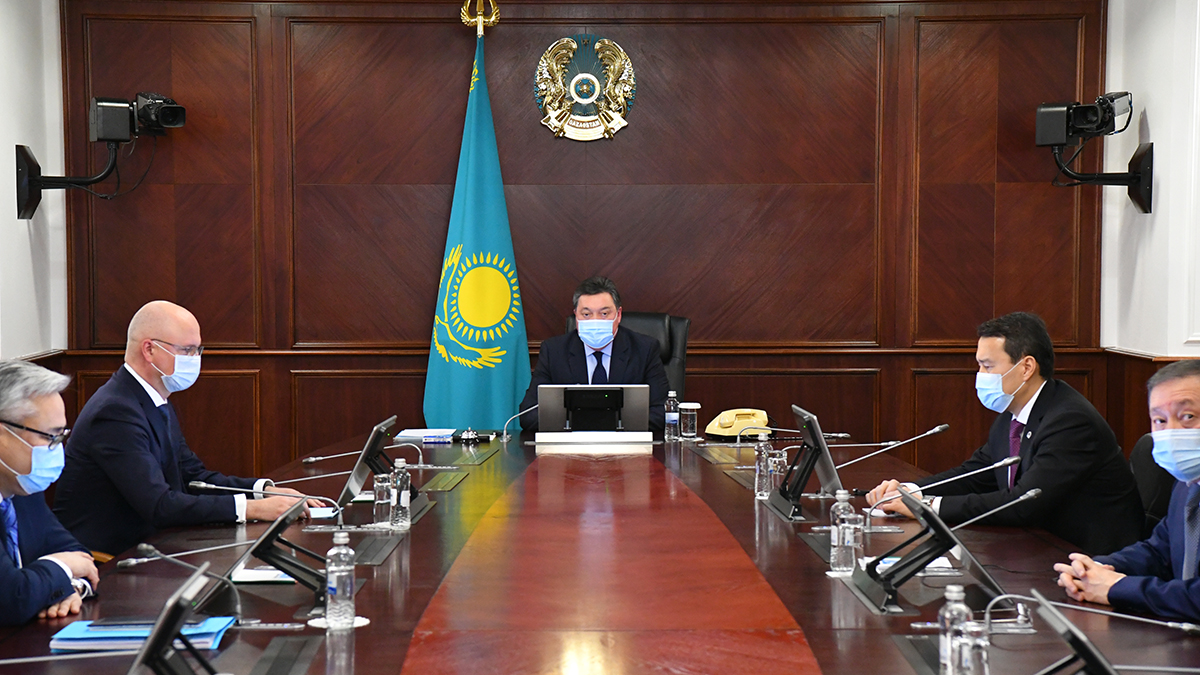 Valmont Industries, which owns Valley Irrigation, has been in the field since 1954 and holds nearly 50 percent of the world’s market share. The company’s annual turnover exceeds $2.6 billion. Kusto Group operates in the agricultural, oil and gas, mining, construction, real estate development, and construction materials sectors in more than ten countries.

The document envisions the construction of a plant producing advanced irrigation systems and the creation of a demonstration farms network in Kazakhstan. The plant will produce at least 1,000 pivot irrigation machines per year. The plant will meet the domestic market needs and eventually expand into xports.

The Valmont Industry’s professional experience can be a pivotal point in developing Kazakhstan’s agricultural potential. Kazakhstan is the world’s ninth-largest country with a population of 18 million. The Food and Agriculture Organization (FAO) lists Kazakhstan as one of the five countries with the greatest potential in the field of agriculture. 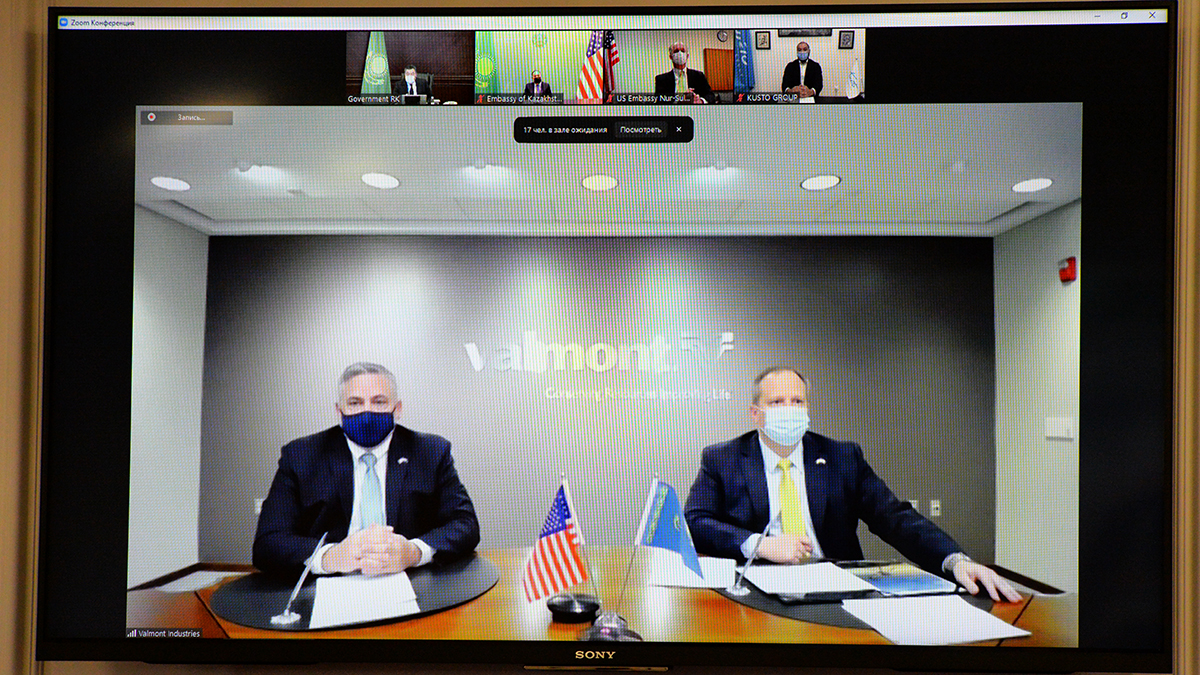 The Valmont Industries representatives at a Jan. 12 video conference with the Kazakh government and Kusto Group. Photo credit: primeminister.kz.

Kazakh Prime Minister Askar Mamin, who headed the Kazakh delegation, stressed that the agro-industrial complex is one of the fastest-growing sectors of the Kazakh economy. Valley Irrigation solutions can help Kazakhstan to become a top player in ensuring regional and international food security in the coming years.

“This collaboration is an honor to participate in, as it is economically beneficial for all parties involved and will bring food security and economic diversification to Central Asia’s agricultural sector,” said Joshua Dixon, Vice President & General Manager, International Irrigation for Valley, as Valmont press service quoted.

The parties also discussed the prospects for cooperation and exchange of experience in the fields of animal husbandry, breeding, seed production, drip and sprinkler irrigation, agricultural science, and education.

The Kazakh government and the Valmont company first tried a demo farm with Valley’s irrigation solutions after their first agreement was signed in July 2019. Then, the parties signed a further  agreement to collaborate on improving agriculture during Mamin’s visit to Valmont Industries headquarters in Omaha, Nebraska. 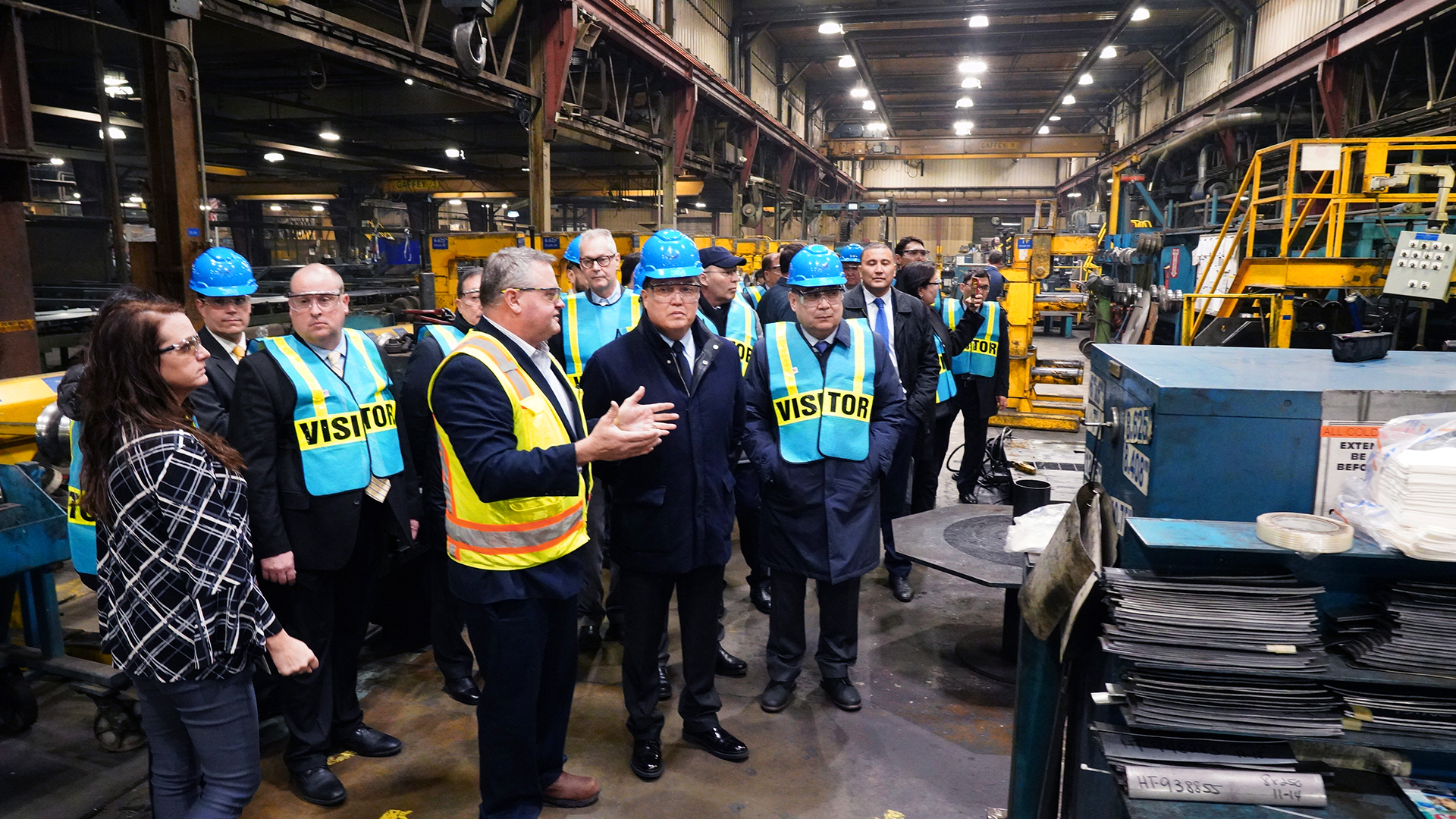 Kazakh Prime Minister during a visit to a Valmont plant in December 2019. Photo credit: primeminister.kz.