By Aidana Yergaliyeva in Business on 11 December 2019

NUR-SULTAN – Kazakh Prime Minister Askar Mamin oversaw the signing of agreements with American agribusiness titans Tyson Foods and Valmont Industries Dec. 9 during his working visit to the United States. The companies will invest in a new meat processing plant and a new plant to produce irrigation systems in Kazakhstan. Tyson Foods, the largest meat processing company in the U.S., will invest in the construction of a modern meat processing complex in Kazakhstan. The slaughterhouse will have the capacity to process approximately 2,000 head per day.The Kazakh government, Tyson Foods and Kusto Group, a Singapore-based company involved in beef production in Kazakhstan, will provide capital for the plant’s construction. It is expected that the new enterprise will meet the needs of the Kazakh market and help boost agricultural exports. Kazakhstan’s agriculture industry currently earns the country more than $1 billion per year.

“Tyson Foods is a world-class company with the experience Kazakhstan needs to make a breakthrough in the development of meat processing and increase the number of livestock on farms,” Mamin said, the prime minister’s website reports.

“The opening of the enterprise will stimulate not only the development of the meat industry, but also other related sectors of the agro-industrial complex – veterinary medicine, agricultural machinery, fodder crops, the creation of feedlots, et cetera. The project will create tens of thousands of new jobs in Kazakhstan’s agriculture,” he added. 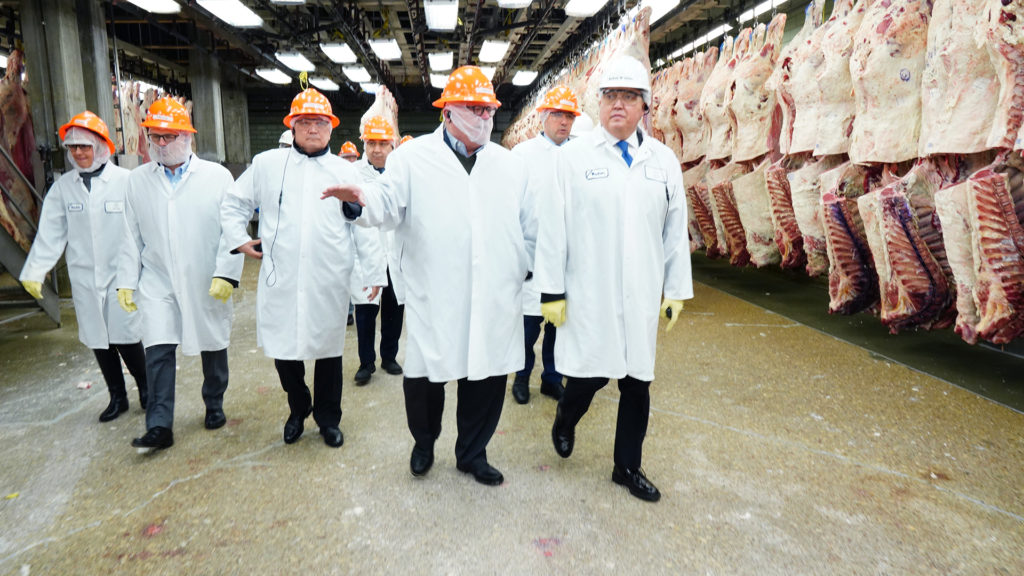 For Tyson, the plant is in keeping with its plans to expand its international enterprises, which bring in just 3 percent of its annual revenue of $42.4 billion. Kazakhstan’s strategic geographic location and well-developed transportation networks are among the key factors that drew Tyson Foods to invest in Kazakhstan, Tyson Chief Executive Noel White told The Financial Times.

“This initiative is to help satisfy that growth in demand that we see over the course of the next 10-plus years,” he said. Kazakh farmers will have access to information and consulting services, which also include on-the-job training and vocational training.

The Kazakh Ministry of Agriculture, Kusto Group and Valmont Industries signed an agreement to collaborate to improve agricultural productivity in Kazakhstan. 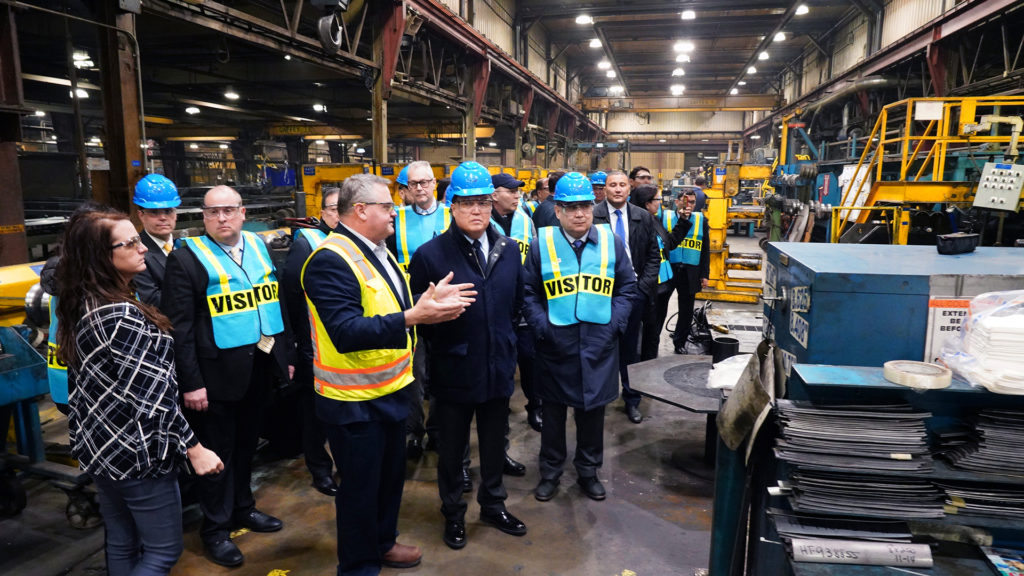 Kazakh Prime Minister during a visit to a Valmont plant. Photo credit: primeminister.kz.

The document envisaged building a plant to produce Valley Pivot Irrigation Machines in Kazakhstan in 2022. The plant will have a capacity of 1,000 frontal and circular irrigation machines per year. The American irrigation technologies should increase crop productivity and halve agricultural costs.

The parties plan to expand the plant’s capacity and produce equipment for telecommunications, renewable energy and infrastructure construction.

“The use of advanced technologies by Valmont Industries will have a multiplier effect on crop production and the creation of a forage base for livestock production,” he said, primeminister.kz reports.