By Zhanna Shayakhmetova in Nation on 5 January 2021 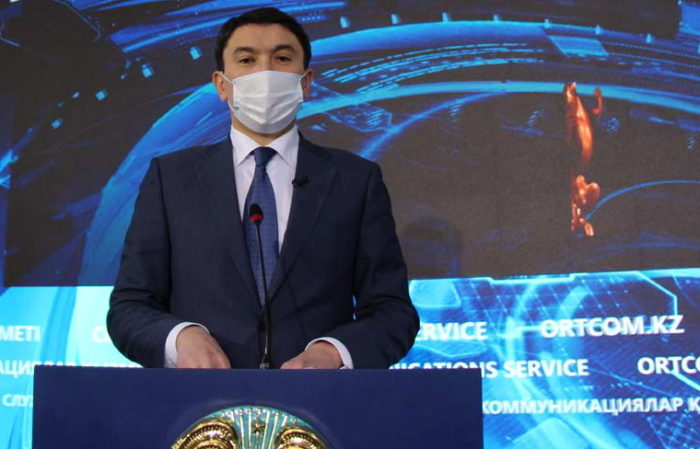 “The experts in the Ministry of Ecology, Geology, and Natural Resources, the public and deputies worked on this strategic document. The code meets all modern challenges and provides norms designed to improve the ecology of our country due to the well-coordinated work of all participants. Kazakhstan will have a stable and effective system of norms with the adoption of the new environmental code,” Kazakh Minister of Ecology, Geology, and Natural Resources Magzum Mirzagaliyev wrote on his Twitter.

This year, the ministry plans to develop and introduce approximately 150 normative legal acts to implement the provisions of the code. The officials will continue to conduct a technological audit of industrial companies. The reference books featuring modern environmental technologies will also be developed.

The provisions of the new code have been worked out in accordance with the principles of the Organization for Economic Co-operation and Development (OECD) and the European Union.

Natural resources take all measures to prevent negative impact on the environment rather than pay fines. Users are also obliged to restore the environment to its natural condition.

According to the new code, it is expected that the 50 largest companies that account for 80 percent of emissions in Kazakhstan, will replace their old technologies with the best available technologies (BATs) by 2025.

“In Europe, BATs reduced emissions by 94 percent over 15 years. Enterprises that will implement BATs will be exempted from emission charges. If they do not implement BATs, then the rates for emission payments will grow significantly,” said Mirzagaliyev at the Jan. 5 briefing.

The minister noted that waste-to-energy (WtE) technology will be introduced to reduce the accumulation of waste. Energy will be generated from primary waste and directed to the general power grid. Aktobe, Almaty, Atyrau, Nur-Sultan, Taraz and Shymkent will serve as the pilot cities for the project. This experience will be extended to other cities in case of successful implementation.

“We expect that the waste processing level will reach up to 30 percent by 2025,” he said.

The ministry has started to develop the concept of low-carbon development in Kazakhstan through 2050. The document will be completed by June 2021.

Last year, the President announced that Kazakhstan is committed to achieving carbon neutrality by 2060. In line with the renewable energy projects, the development of hydrogen energy  and technologies for carbon capture and storage are expected in the future as well.

The Business Roadmap 2025 will subsidize 50 percent rates on green loans and bonds. The share of state support for green projects is expected to increase to 5 percent in 2021 with further growth to 9 percent over the next five years.

Following the concept of the Listening State, the new code provides that the public and non-governmental organizations will take part in the discussion of major projects such as construction projects that have an environmental impact.

The government also intends to double penalties for environmental damage caused by people and enterprises.

The focus on biodiversity in the new code is essential if the government wants to develop tourism, Aigul Solovyeva, Chairman of the Board of the Association of Environmental Organizations of Kazakhstan, said to Kazinform. “Biodiversity is important for the economy too… In this light, the BATs will help to reduce environmental damage,” she said.

The code also provides an introduction of automated systems to monitor sources of emissions in real time. The public will have access to data about what companies and enterprises cause air pollution and what types of pollution.

In her opinion, the public plays a major role in solving environmental issues. “The code contains the concept of CEO, strategic planning. Public discussions are important to discuss any construction project. The code states what the procedure should be. The environmental code has been developed in accordance with international standards and requirements adopted by the OECD. Therefore, I believe that it will be a good incentive for the people of Kazakhstan,” she said.