By Dmitry Babich in International on 12 January 2021 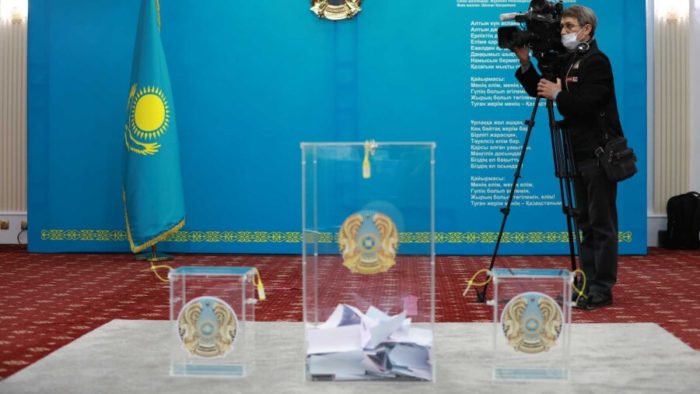 With every election, the international community gets a wider and wider access to the information about elections in Kazakhstan: this time, Kazakhstan’s Central Election Commission accredited 398 foreign observers, which included people from 31 foreign countries and representatives of ten international organizations. The global media also was invited to watch and appraise the elections.

Russia’s most influential daily Izvestia noted the democratic nature of the election and stressed the high appraisal that the election has got from the observers from the Parliamentary Assembly of Turkic Speaking Countries (TURKPA). The newspaper quotes the Secretary general  of TURKPA, Altynbek Mamayusupov, as saying: “We see the growing level of democratization in the country. That is why we can say that this election has one final winner – the people of Kazakhstan.”

Similar positive reactions are coming from other parts of the world, including Europe.

“Multi-party democracy has potential in Kazakhstan” – such is the headline in an internationally known Brussels-based media outlet EURACTIV, which covered extensively both the preparations for Kazakhstan’s election and the election itself.

The elections for the Majilis, the lower chamber of Kazakhstan’s Parliament, demonstrated a clear improvement in terms of representation and legislative changes,  Samuel Doveri Vesterbye,  the head of the European Neighborhood Council think tank, told EURACTIV in an interview.

“OSCE reports clearly show legislative changes, which have led to degrees of societal openness being allowed by the government since 2017. Many such legislative changes were a direct result of recommendations from the Office for Democratic Institutions and Human Rights (ODIHR),” Vesterbye said in his interview to EURACTIV. It should be noted that ODIHR is the principal institution of the Organization for Security and Cooperation in Europe (OSCE), traditionally seen as the main authority on fairness and transparency of elections from Lisbon to Vladivostok.

EURACTIV’s authors have a generally positive opinion on the election, noting the long-standing pattern of stability which satisfies the voters and cuts off extremist forces from influencing political life in Kazakhstan: “The presidential elections of June 2019 were the first sign that new political players – and new political forces – could get their share of the political landscape of Kazakhstan. The establishment appears as centrist vis-à-vis the “communists” on the left and the “impatient liberals” on the other extreme… This strategy reassures the voters, many of whom do not like to take risks, and who are generally satisfied by the steady improvement of living standards since the country’s independence from the Soviet Union”, EURACTIV writes.

Stability and continuity are the key words applied for the description of the political life in Kazakhstan. Even critics admit that a stable political climate, provided by Kazakhstan’s elections, is a boon for the economy of the country. For example, Radio Free Europe, usually very critical of any elections in the Eurasian space, had the following words for this election:

“Some say continuity in Kazakhstan’s politics will bring the stability needed to attract foreign investment — primarily into the oi and gas sector, but also to the mining sector and other branches of the economy.”

The World Economic Forum in its annual reports notes that since the year 2000 Kazakhstan (unlike all the countries of the former Soviet space) never had a negative economic growth. The other interesting observation of the World Economic Forum is that thanks to political predictability Kazakhstan got ahead of Russia in its per capita GDP and has a positive trade balance with Russia and most of its other foreign economic partners, of which the EU and China are the biggest.

In its general report on Kazakhstan’s elections in the years 2019 and 2020 the leading German radio station Deutsche Welle describes these elections as “the light of hope for democracy” (ein Hoffnungsschimmer für Demokratie). Deutsche Welle is reassured by the substantive number of international observers and the significant progress made by opposition candidates.

The French-speaking media also note some improvements in comparison to earlier elections and earlier times in general, not just in elections, but in a more humane climate as well. For example, Le Parisien notes the total abolition of the capital punishment (de facto Kazakhstan stopped practicing capital punishment back in the year 2003). And Radio Canada notes that the impressive victory of the “pro-government Nur Otan party” is explained by the strong showing of economy, which “made Kazakhstan a safe haven of prosperity in otherwise not very affluent Central Asia”.