Kazakhstan gave Turkestan the status of a regional center two and a half years ago. The Kazakh government has been seeking to promote it as the spiritual center of the Turkic world because of its countless places for pilgrimage and its historical importance. The airport is one among many new construction projects.

The first flights were almost fully sold out. Fly Arystan sold 168 tickets for the Nur-Sultan–Turkestan flight, while the flight back to Nur-Sultan sold 161 tickets.

The airport will proceed with launching flights in two stages. At the first stage, only Kazakh airlines Fly Arystan, Qazaq Air, and SCAT will operate on daily flights to Nur-Sultan and Almaty from the new airport. At the second stage, the airport will connect Turkestan with other regional centers of Kazakhstan. 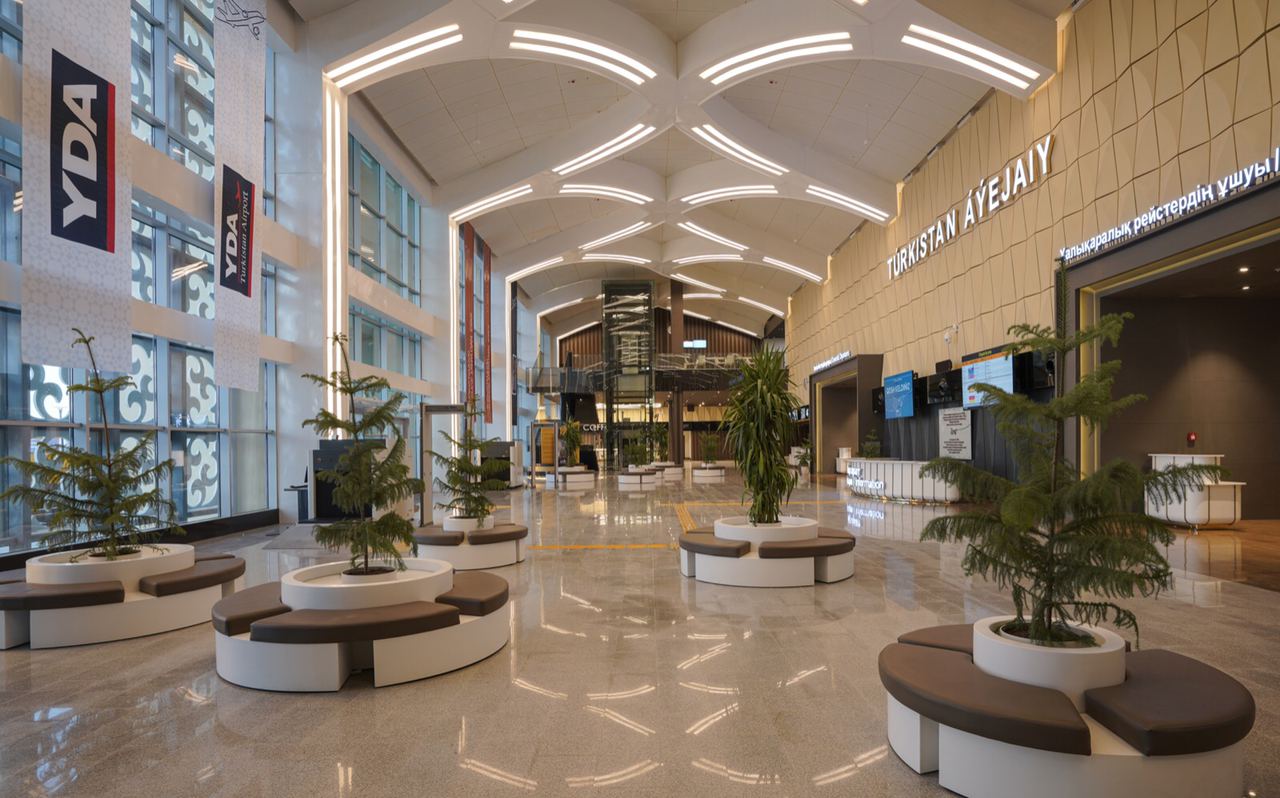 In addition to these, the airport will operate in the open skies aviation regime, which removes restrictions on a number of flights and gives a provision of fifth-degree freedom to foreign airlines. These should expand the geography of flights and facilitate tourism.

The airport is located 20 kilometers from the city and stretches across 905 hectares. The airport has the capacity to serve 450 passengers per hour. The Turkish YDA Group began construction works in May 2019.