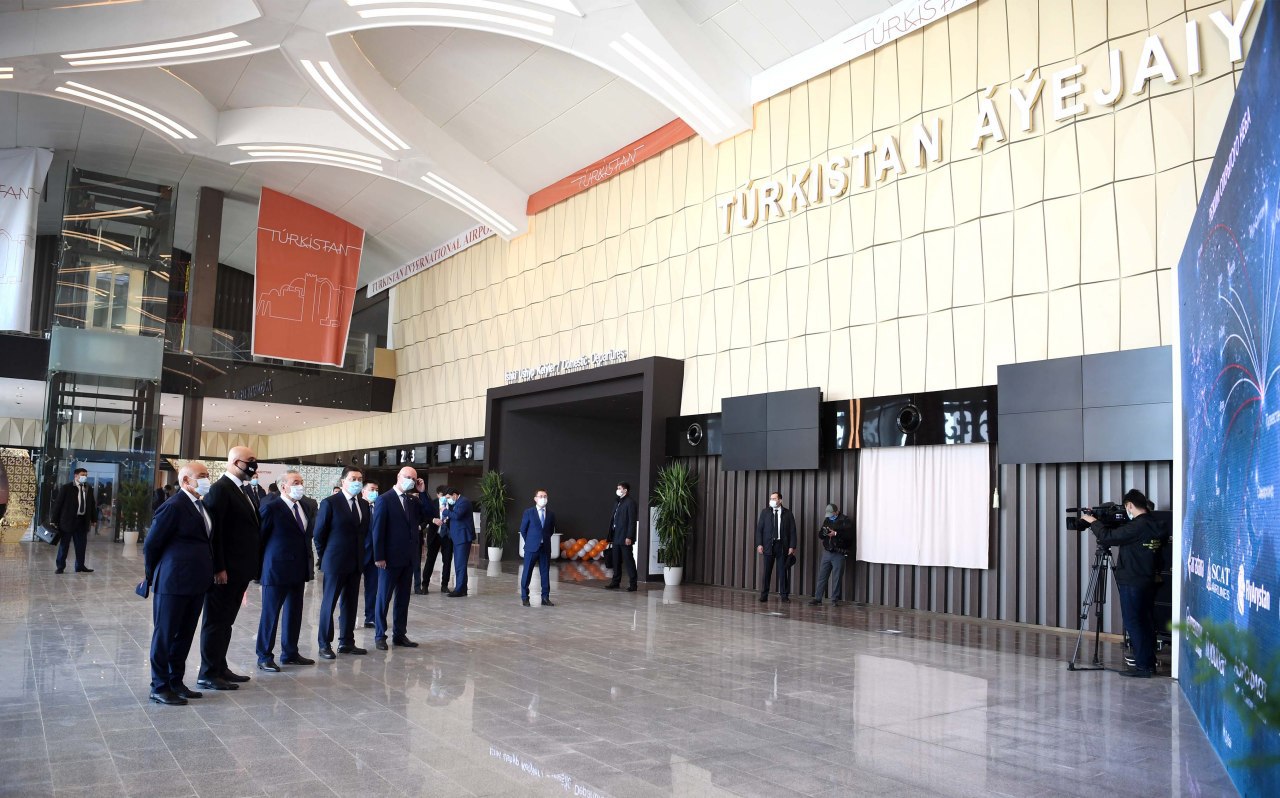 Kazakhstan’s First President Nursultan Nazarbayev also attended the opening ceremony as part of his working visit to the region.

The airport is located 20 kilometers from the city and stretches across 905 hectares. The construction began in May 2019 by the Turkish YDA Group using a public-private partnership model.

In the initial stages, Kazakh airlines plan to operate flights to the country’s biggest cities of Nur-Sultan and Almaty and later to other regions. The civil aviation committee said Turkish Airlines plans to launch direct flights to Istanbul.

The airport in Turkestan will also join the country’s 11 airports that operate under the open skies aviation regime. The regime, which has been in effect since November last year,  removes restrictions on a number of flights and gives a provision of fifth-degree freedom to foreign airlines. 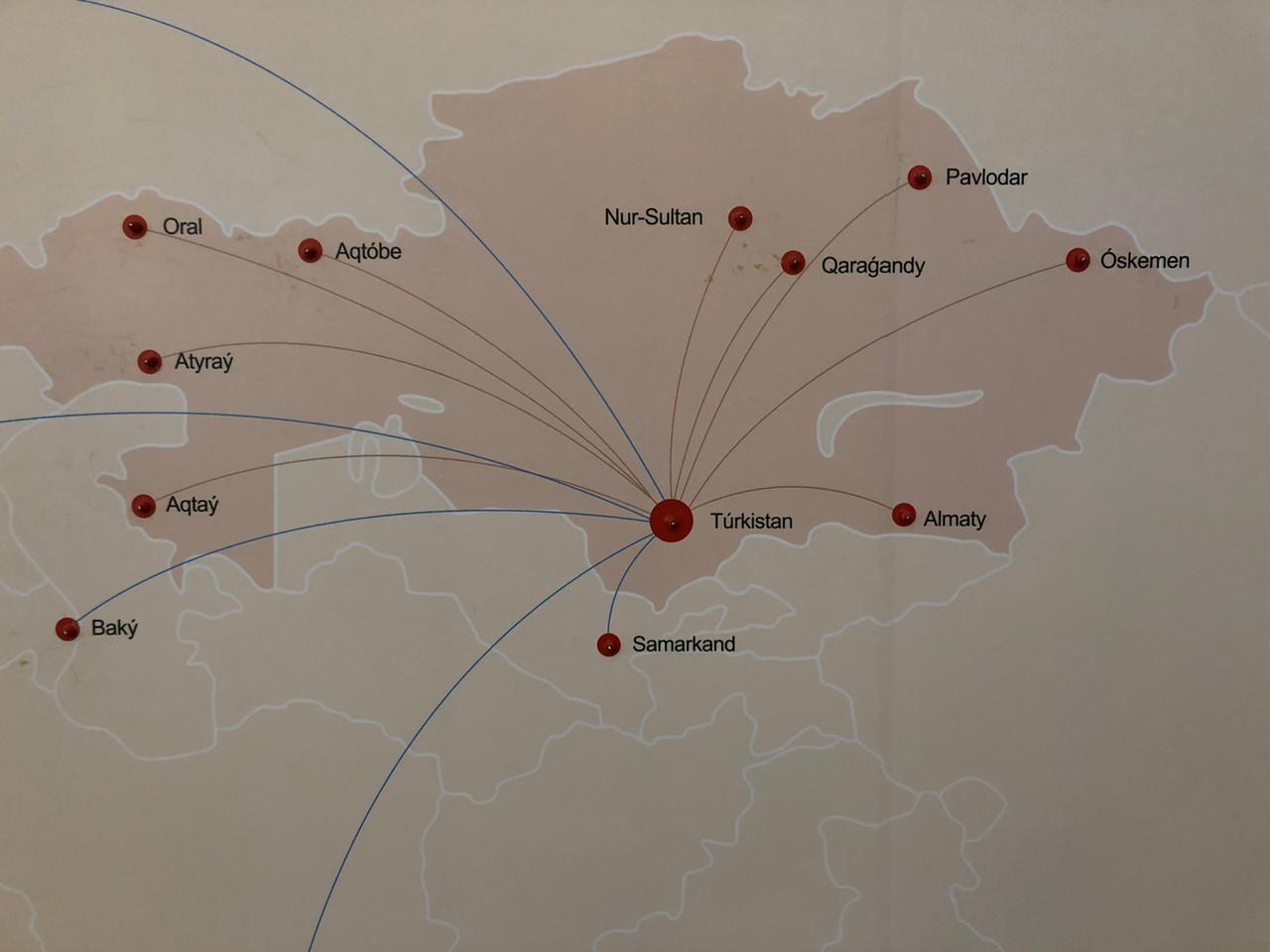 The officials expect the new airport, with a capacity reaching nearly three million passengers per year, to attract new tourism and investment opportunities to the region.

The region and its center in Turkestan, which is turning into a modern city while preserving its historic heritage, have received significant attention after then-President Nazarbayev signed a decree in June 2018 making Turkestan the regional center of the newly renamed Turkestan Region, which was previously named South Kazakhstan, and which has always been located on the ancient Silk Road route.

The region already attracts pilgrims from across Central Asia to its sacred places, including the Khoja Ahmed Yasawi mausoleum, and the potential for commercial opportunities in the field of tourism was quickly recognized by the government. Kazakhstan began including it in its top 10 list of major tourist sites in its national tourism development program for 2019-2025.

“Today we visited new places of interest in Turkestan. These will become new attractions, bringing masses of tourists from all over Kazakhstan and abroad to come to visit,” said Nazarbayev, who also visited the newly built arena and the new Rixos Turkistan hotel.

“I am certain that the city will explode in size and population. We need to organize different forums here, as well as youth and sports events. In doing so, we need to present the new city to everyone because the revival of Turkestan has a special meaning for the entire nation,” he said.

Nazarbayev also stressed the city’s role as one of the major spiritual centers of the Turkic world which may facilitate Central Asian integration in the future.

“We planned to hold a summit of Turkic speaking countries in Turkestan. Given the situation in the world, it was postponed. I think if everything improves, we could think about organizing it during Nauryz (a national holiday in March),” he said.