By Aidana Yergaliyeva in Culture on 28 December 2020

NUR-SULTAN – ASTANA TV channel premiered the Zhuldyzdar Sherui (The March of the Stars) cinematic concert featuring songs from Disney animated films in Kazakh on Dec. 27. This is the third licensed cinema concert that the Bolashak (Future) Corporate Fund organized in partnership with the Disney company in Russia and the Commonwealth of Independent States (CIS). 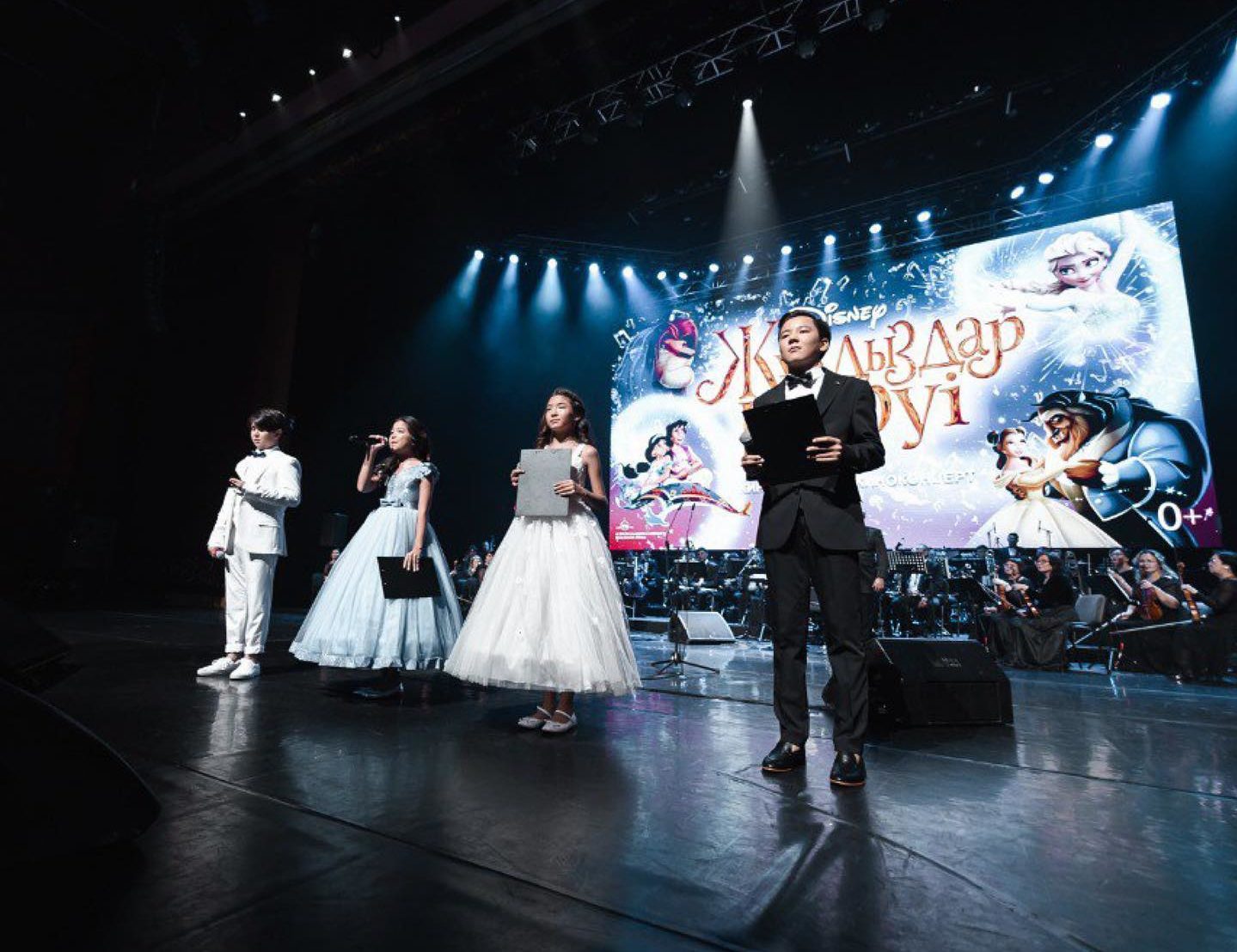 “This is the result of our many years of cooperation with the world-famous Disney company. Previous film concerts were charitable. More than 5,000 people watched them. This year we decided to give a New Year’s gift to all TV viewers of our country. You can enjoy the most beautiful songs from your favorite Disney cartoons at home with family and friends. Spectators of the film concert will be plunged into the magical world of classical music, mesmerizing melodies and touching songs in the Kazakh language,” said Dinara Chaizhunusova, the chairperson of the board of trustees of the Bolashak Fund.

The cinema concert was a closed charity event. In 2019, the concert raised more than $18,000 to support inclusive education in Kazakhstan. This year anyone with a TV can enjoy it with family at home. 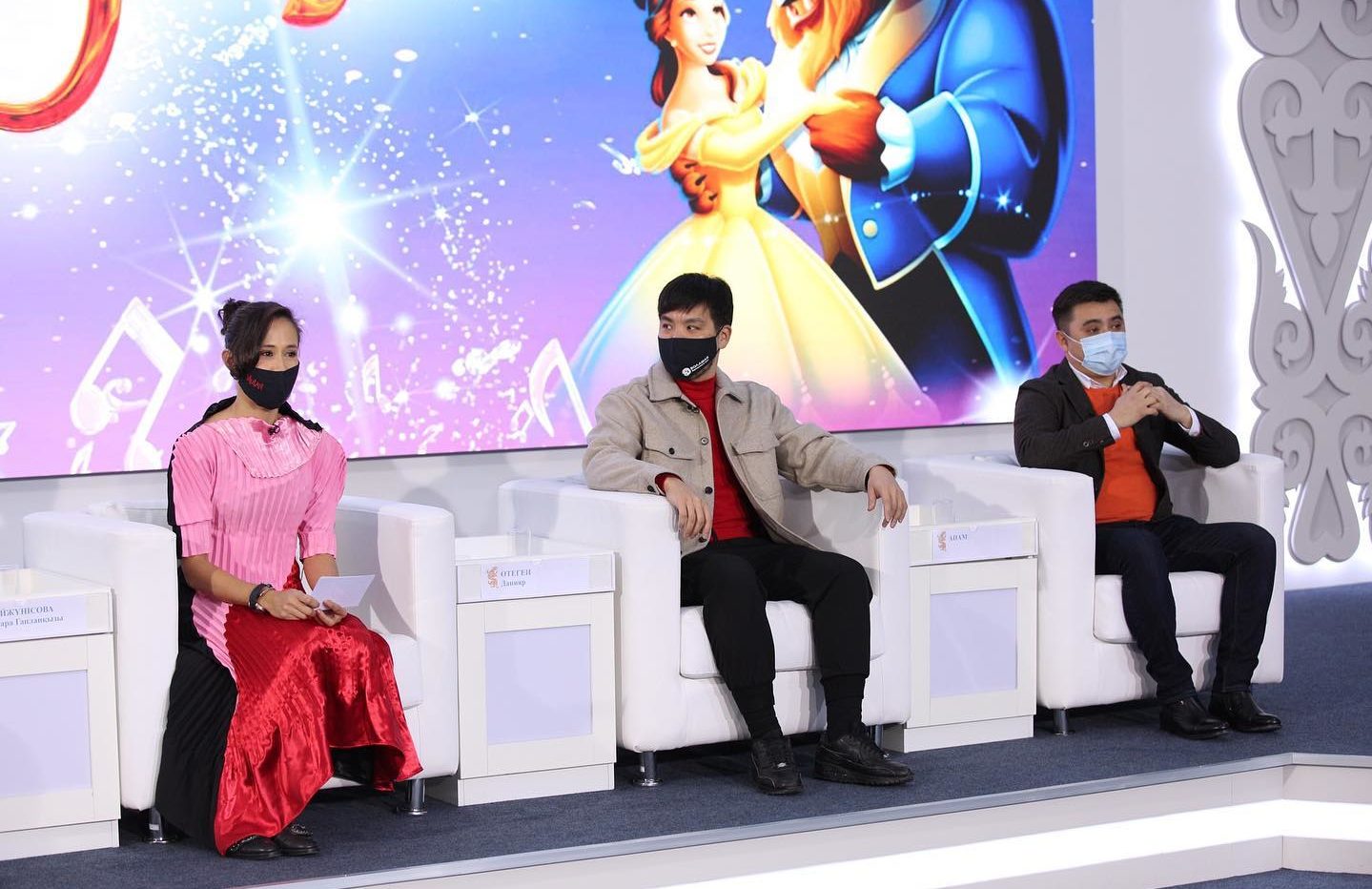 Dinara Chaizhunussova, the chairperson of the board of trustees of the Bolashak Fund (L) during Dec. 25 press briefing. Photo credit: Bolashak Corporate Fund.

Famous Kazakh performers once again sang the songs accompanied by a symphony orchestra and fragments from Disney movies in the background. America’s Got Talent finalist and Kazakh rising star Daneliya Tuleshova sang “Moana’s” soundtrack “How far I’ll go.” Among the performers, there were also national and international singing contest finalists and winners, as well as vocalists from the famous Kazakh bands RinGo and KeshYOU.

“I absolutely loved the atmosphere on set because I was always a fan of Disney princesses. Always admired for their perseverance and independence. So, I gladly sang a song about one of them. It was Moana. She is one of my favorite princesses. I really liked the process, the work with the orchestra,” said Tuleshova.

The show program included 22 compositions from 11 legendary Disney animated films such as “Aladdin,” “Frozen,” “Mulan,” among others. The soundtracks on the show won 11 Oscars. The film scores have been composed by renowned, award-winning composers Hans Zimmer, Alan Menken, and Jerry Goldsmith.

The Bolashak Foundation provided the Kazakh adaptation to most of the songs from the films they dubbed into Kazakh. The rest were translated into Kazakh specifically for the film concert.

The Variety Symphony Orchestra of the Almaty Akim (City Mayor) under the leadership of Alexander Belyakov accompanied the singers and video fragments. In addition to this, the orchestra brought in groups of woodwind instruments. The orchestra added some digital sound to replenish the harp, banjo, mandolin, marimba, kalimba, among other instruments.

“It’s quite a painstaking job to synchronize live music with video material. All the musicians in our orchestra are very experienced and we can do everything with the right level of practice. Disney is a serious company. Their musical material is very competent, and very qualified. Disney music is not just pictorial in nature, but it can also be independent, having its own deep side, it deserves to be heard in a separate format,” said Belyakov.