By Aidana Yergaliyeva in Nation on 10 December 2020

NUR-SULTAN – The Kazakh Central Election Commission (CEC) summed up the results of the nomination and registration of the official party lists, and addressed appeals from public organizations on the foreign observers of the upcoming parliamentary elections in Kazakhstan during a Dec. 10 commission meeting. 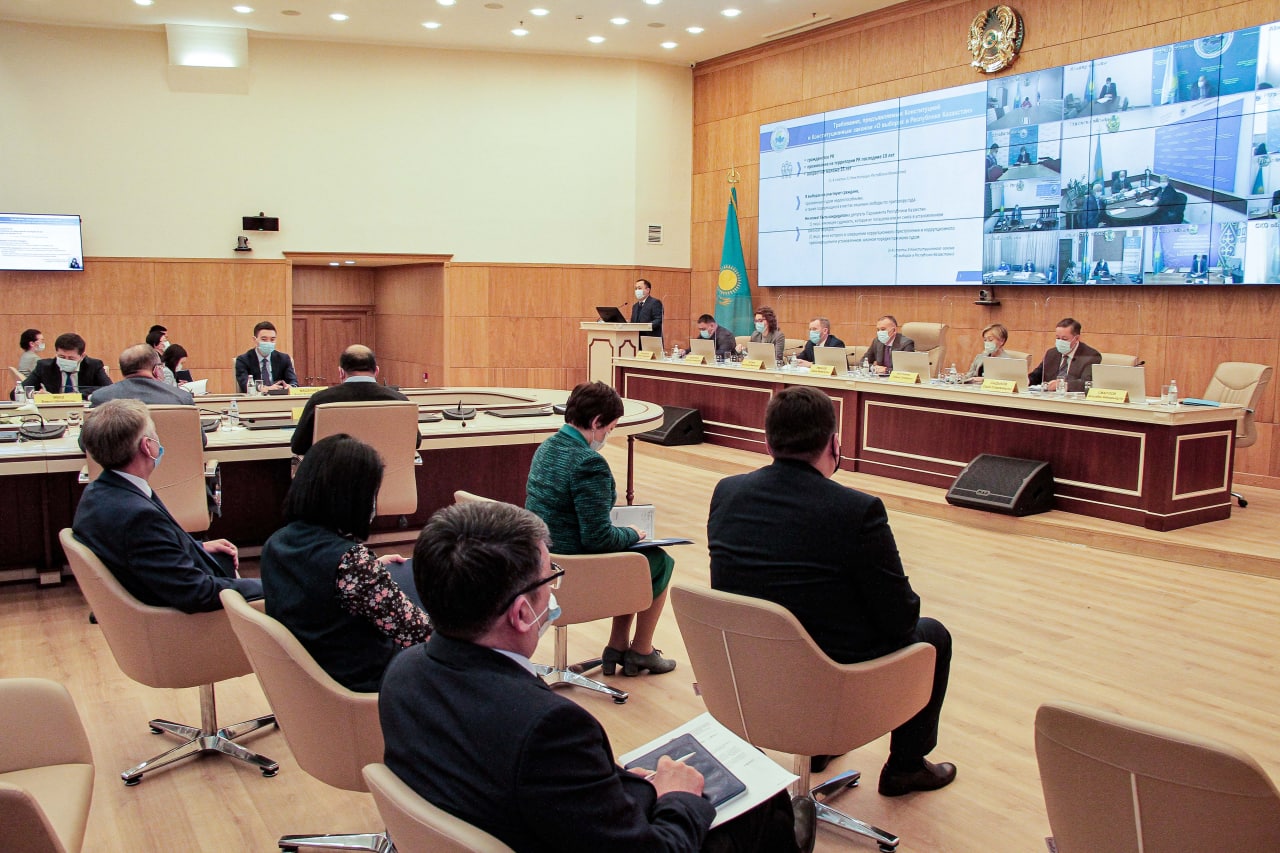 The nomination process lasted through Nov. 10-30. The CEC registered five political parties and confirmed all party lists that complied with the requirements of the Kazakh constitution. There are a total of 312 candidates from five political parties, of which 113 are from the People’s Party of Kazakhstan, Nur Otan ruling party – 126, Auyl (Village) – 19, Ak Zhol (White Way) – 38, and Adal (Honest) – 16. The parties will appear on a ballot in this order based on a random draw.

The party lists included 90 women and 222 men. There are 19 people under the age of 29. The average age of the candidates came out at 46.7 years. The party lists also included 34 deputies of the Majilis (lower chamber of Parliament) of the sixth convocation.

The party lists also had representation from 12 ethnicities. The majority 79.8 percent are Kazakhs, 13.8 percent are Russians. There are also representatives of other ethnic identities such as Belarusians, Uzbeks, Uighurs, Ukrainians, Azerbaijanis, Germans, Poles, Tatars, and Chuvash.

The CEC also received many appeals. One appeal proposed to allocate a quota to the Majilis for persons with disabilities. Public organizations also sent a number of appeals regarding the Dec. 4 resolution of the CEC on foreign observers.

According to CEC member Serik Sydykov, the resolution was necessary to ensure a “legal culture” or the uniform application of registration in elections with a growth in the numbers of observers. The CEC data showed a 1.5-fold increase in the activity of observers. There were approximately 30,000 observers in the 2015 elections and around 47,000 in the 2019 presidential elections in Kazakhstan.

According to Sydykov, the enforcers of this resolution are the territorial, precinct election commissions that will independently decide on its application in specific situations. Other participants present at the polling station on election day are the law enforcement officers of this resolution – both observers and proxies. Each of them can check the legality and validity of the actions and the final decisions of a precinct election commission before entering data into the register.

Non-governmental organizations (NGOs) can send persons to observe elections on the condition that this is in line with their statutory goal of realizing and protecting the political rights and freedoms of citizens. NGOs can change their charters with an electronic notification that can be processed within three days.

The Constitution allows for photo, audio, video recording during the elections, but prohibits the right to broadcast the election.