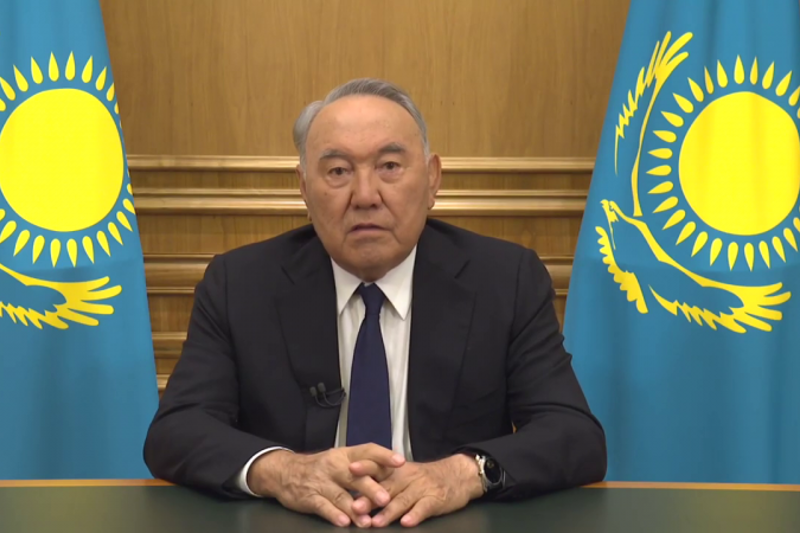 Nursultan Nazarbayev in his video address to the conference.

The conference organized by the foundation and Kazakhstan’s Institute of World Economy and Politics aimed at promoting the creation of a Global Alliance of Leaders for nuclear security and a world free of nuclear weapons. The alliance is Nazarbayev’s initiative voiced during the fifth Astana Club meeting. 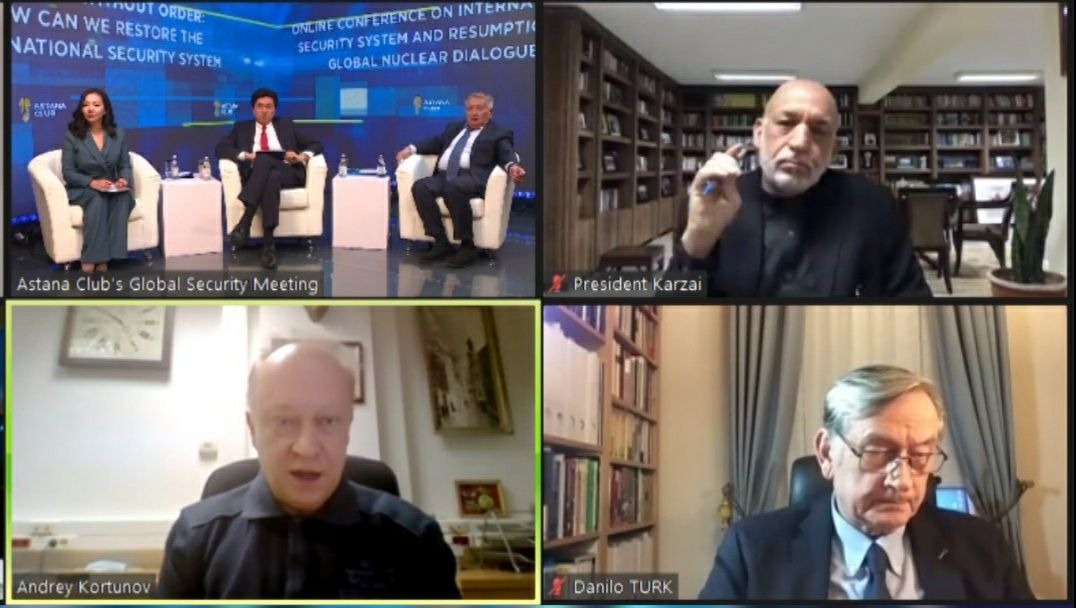 As Kazakhstan’s First President, Nazarbayev said he devoted a “significant amount of his foreign policy activities to the idea of achieving a world free of nuclear weapons.”

He recalled Kazakhstan’s decision to relinquish what was once the world’s fourth-largest nuclear arsenal inherited from the Soviet Union. Following its independence in 1991, Kazakhstan also joined the Treaty on the Non-Proliferation of Nuclear Weapons in 1993 and the Comprehensive Test Ban Treaty in 2001.

“History proved the decision to be the right one. Our brave example showed that it is possible to move towards progress and prosperity peacefully,” he said.

This year marks 75 years since the first atomic bombs were dropped on the Japanese cities of Hiroshima and Nagasaki, he added.

“Several generations have grown up since then and the disasters of Hiroshima and Nagasaki were slowly forgotten. But the analysis of global nuclear architecture shows that this is the wrong and a dangerous approach,” said Nazarbayev.

He said the emergence of de facto nuclear states, which develop their nuclear capability outside the Non-Proliferation Treaty, and threshold nuclear states, that are capable of quickly turning their peaceful nuclear program into one capable of producing a nuclear weapon, exacerbate the situation.

He also named the tension in the U.S. – Russia relations and the U.S. – Chinese relations as well as the U.S’s withdrawal from the Joint Comprehensive Plan of Action as reasons to be more cautious about the global nuclear landscape.

Addressing the conference participants, Nazarbayev said “you are well-known politicians and influential experts who, like me, fully support the idea of a world without weapons of mass destruction. It is clear that this path will not be easy and there are many serious obstacles.”

“I think that the issues raised by Kazakhstan are of great importance. The willingness of this country to act as a bridge between the Muslim world and the West, between Russia and China is very important. And we saw this when Kazakhstan was a member of the United Nations Security Council (referring to Kazakhstan’s 2017-2018 non-permanent membership in the UNSC),” said Asle Toje.