By Aidana Yergaliyeva in International on 13 November 2019

NUR-SULTAN – Kazakhstan’s First President Nursultan Nazarbayev proposed specific ways to create a Greater Eurasia at the Nov. 12 at the fifth meeting of the Astana Club in the capital. 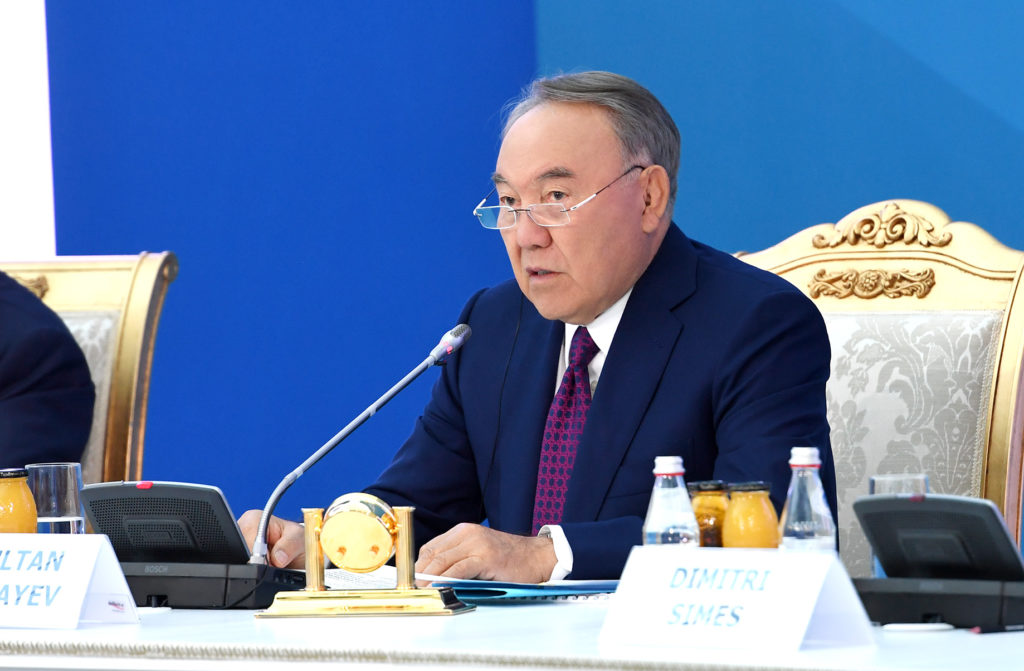 “Pragmatic cooperation between the Eurasian Economic Union, the European Union, the SCO (Shanghai Cooperation Organisation), ASEAN (Association of Southeast Asian Nations) and the Belt and Road Initiative will give a powerful impetus to the formation of Greater Eurasia, stabilising the entire political space of the largest continent in the world. I consider this an unacceptable situation, when a full-fledged dialogue between the EU and the Eurasian Economic Union is still not achieved,” Nazarbayev said during his speech to open the plenary meeting.

In the reality of increased interdependence, countries should stop pursuing “narrow regionalism and bloc thinking, but reveal new cooperation opportunities in the Greater Eurasia. Only in this way will we be able to realise the huge potential that the Eurasian supercontinent possesses and I am pleased to note that it is our club that acts today as the ideological platform of a new geopolitical construction called Greater Eurasia,” he added.

Nazarbayev stressed the importance of building the mechanism to support dialogue between the EU and EAEU in addressing the key risks to Eurasian geopolitics and world as a whole. 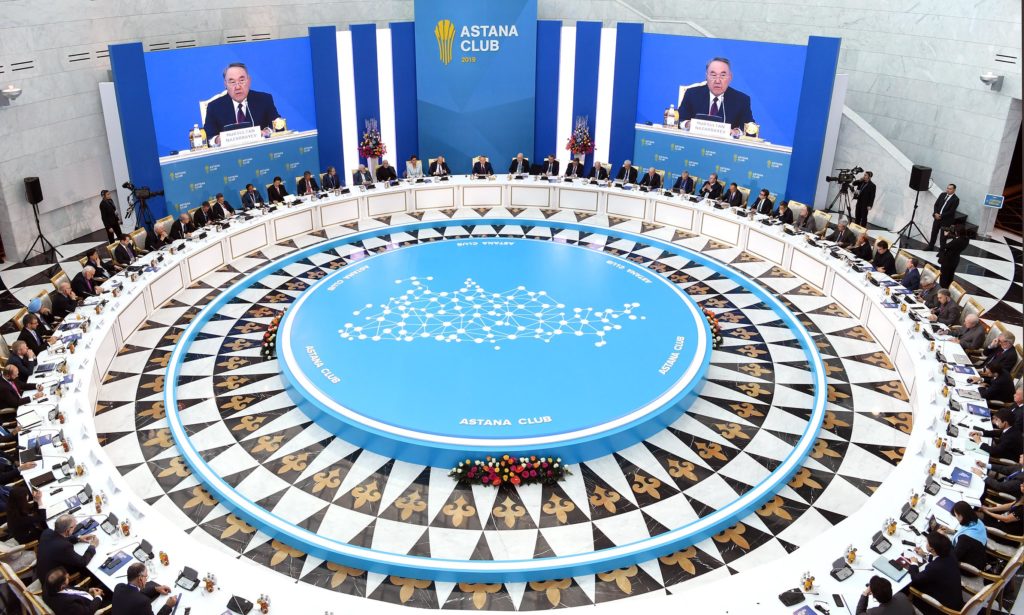 “We are worried about the situation in the global economy, which is increasingly showing signs of an impending crisis. Amid growing trade contradictions and geopolitical instability in the world, global institutions give disappointing forecasts. Slowing global growth has a negative effect on world trade. All these factors undermine world stability,” he said.

Nazarbayev proposed combining the potentials of the Conference on Interaction and Confidence-Building Measures in Asia (CICA) and the Organisation for Security and Cooperation in Europe (OSCE).

The new arrangement, known as Greater Eurasia, could “form a single community of Euro-Atlantic and Eurasian security” as stated in the OSCE’s Astana Declaration adopted nine years ago, he said .

He also proposed creating a Global Alliance of Leaders for a Nuclear Weapons-Free World to promote the nuclear disarmament and non-proliferation agenda.

“We have repeatedly talked about the need to stop the erosion of existing nuclear disarmament agreements. In anticipation of the review conference of the Treaty on the Non-Proliferation of Nuclear Weapons next year, we should again think about the need to universalise the main provisions of this document. I believe that there is a need to tighten measures of international responsibility for withdrawing from the treaty and reinforcing them with relevant resolutions at the UN Security Council level,” he said.

In addition, Nazarbayev spoke about the need to develop effective guarantees of North Korea’s security on the part of all UN Security Council members and create a catalogue of confidence-building measures between Pyongyang and Seoul to stabilise the situation on the Korean Peninsula.