By Aidana Yergaliyeva in International on 23 November 2020

NUR-SULTAN – Kazakhstan plans to deploy another unit of 120 Kazakh peacekeepers for a six-month UN peacekeeping mission in Lebanon. The Kazakh soldiers will join the United Nations Interim Force in Lebanon (UNIFIL) to patrol a 16-kilometer section of the Lebanese-Israeli border in February of 2021, Channel One Eurasia reported. 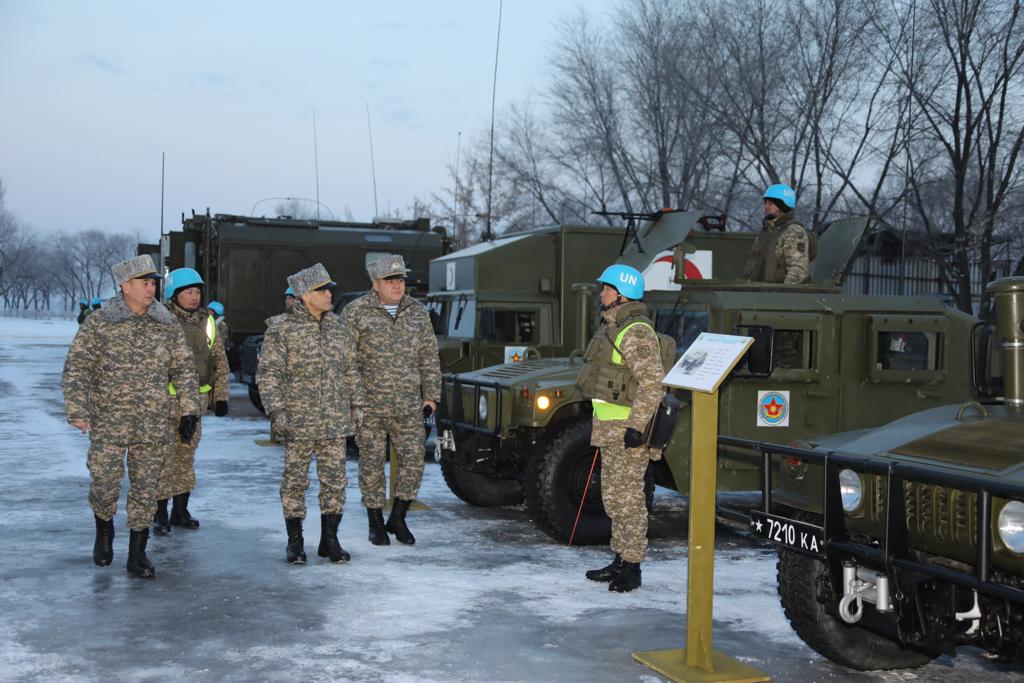 The Kazakh contingent will serve at checkpoints, protect, and strengthen military bases. The Lebanese-Israeli border dispute is lasting decades. UNIFIL has been putting efforts into ensuring peace along the border and has been working to demarcate it since the early 1970s.

In 2018, Kazakhstan deployed its first unit as part of an Indian battalion in UNIFIL.

The contingent’s core part of the training is diplomacy before any combat. The peacekeepers can shoot only if there is a direct threat. The UNIFIL conducts psychological training, where soldiers learn to adequately react to provocations and keep their cool.

“One should always smile and greet people, be always friendly. We need to win their hearts and minds to carry out the mission,” said Arman Kazbekov, an instructor at the peacekeeping operations training center.

Although the mission is highly dangerous, many wish to take part in it. More than 50 soldiers compete for a single place in a contingent.

“Relatives and friends treat my decision with understanding. They know that I am a soldier and I must fulfill my duty. Therefore, no one dissuaded me. I have a wife and a one-year-old daughter. I will miss them a lot, but will definitely return,” said the sergeant of the peacekeeping company Zhaksybek Shynykulov.

Kazakh peacekeepers also served in Tajikistan and Iraq. In addition to this, Kazakh observer-officers currently serve in Western Sahara and Côte d’Ivoire.