By Aidana Yergaliyeva in Nation on 6 November 2020

NUR-SULTAN – The Kazakh Ministry of Ecology, Geology, and Natural Resources finalized the restoration plan for Turanian tigers in Central Asia, the ministry’s press service reported. The ministry designated a 15-year long program for the restoration of a tiger in the southern shore of the Balkhash Lake and the region of the Ili River delta. 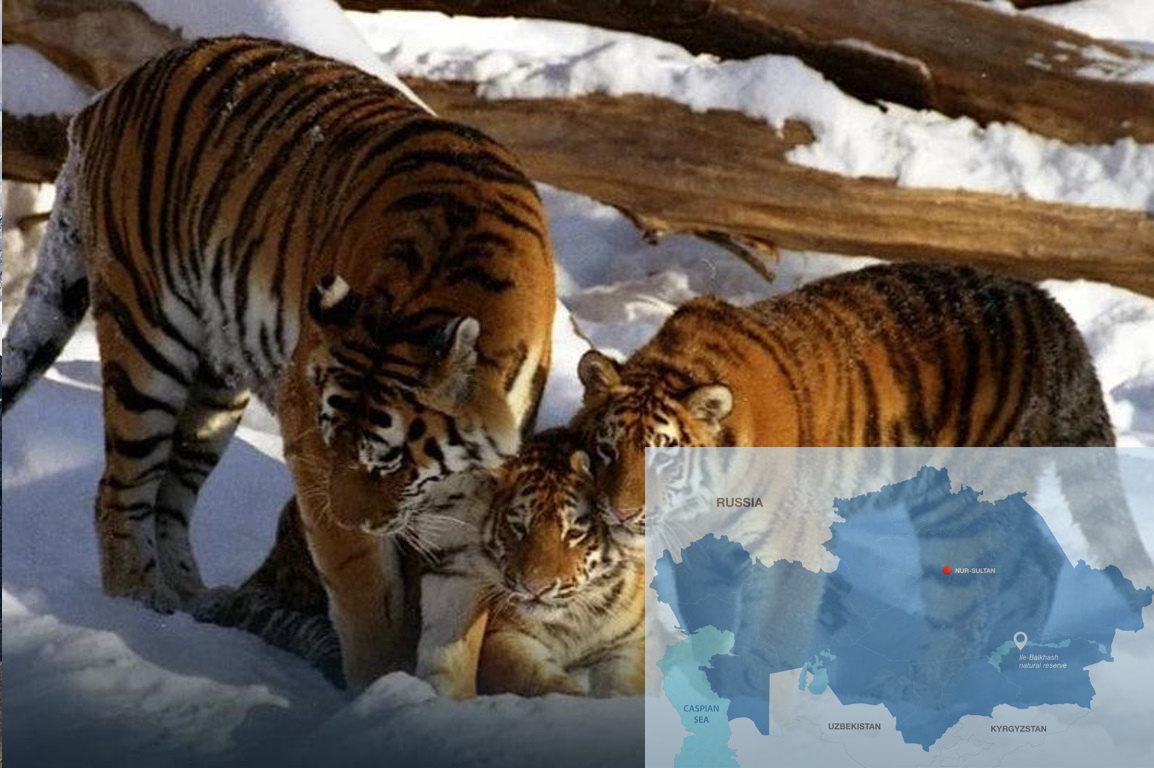 The total area suitable for the tigers’ habitat is more than 1 million hectares. According to forecasts, the population can reach 100 to 200 tigers.

The last Turanian tigers disappeared in the 1970s. They inhabited 13 countries in Central Asia, the Middle East, Transcaucasia, Turkey, and northwestern China.

According to scientists, there are three main reasons for the Turanian tiger’s extinction. The first reason was targeted extermination during the Soviet period. Secondly, there was uncontrolled hunting for ungulates, which were the tiger’s main prey. Thirdly, Soviet policy destroyed their habitats through the implementation of numerous irrigation projects. 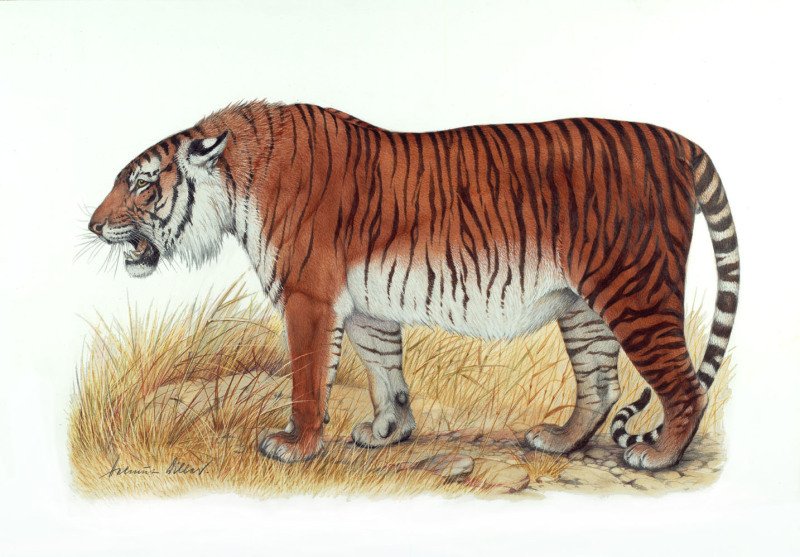 A sketch of a Turanian tiger. Photo credit: wwf.ru.

The agenda of the restoration program includes preparing habitats, releasing tigers into the wild, and monitoring program.

The ministry created the Ile-Balkhash State Natural Reserve, a new specially protected natural area. The ministry developed the reserve’s management plan and has started its implementation. The specialists began creating a viable ecosystem for the tiger population. The ministry has started projects to increase the density of wild boar, and restore the population of Bukhara deer.

The management plan also included a protection scheme against poaching and the prevention of prohibited types of nature use. Then, the specialists will populate the natural reserve with tigers related to the Amur subspecies. Genetic research has shown that Turanian tigers are very similar to Amur tigers.

In 2010, Kazakhstan announced its readiness to return the population of the Turanian tiger to Central Asia at the international tiger summit. In 2017, Kazakhstan and the World Wildlife Fund for Nature (WWF)-Russia signed a memorandum to implement the program for the reintroduction of tigers into the Ile River Delta and Balkhash Lake’s southern shores.