By Aidana Yergaliyeva in Culture on 8 November 2020

NUR-SULTAN – Before the pandemic, Nazarbayev University students and faculty would book the biggest 1,000 seat-capacity hall in the first three minutes when tickets went on sale – all to listen to the NU Orchestra covering famous songs with classical and Kazakh national instruments. 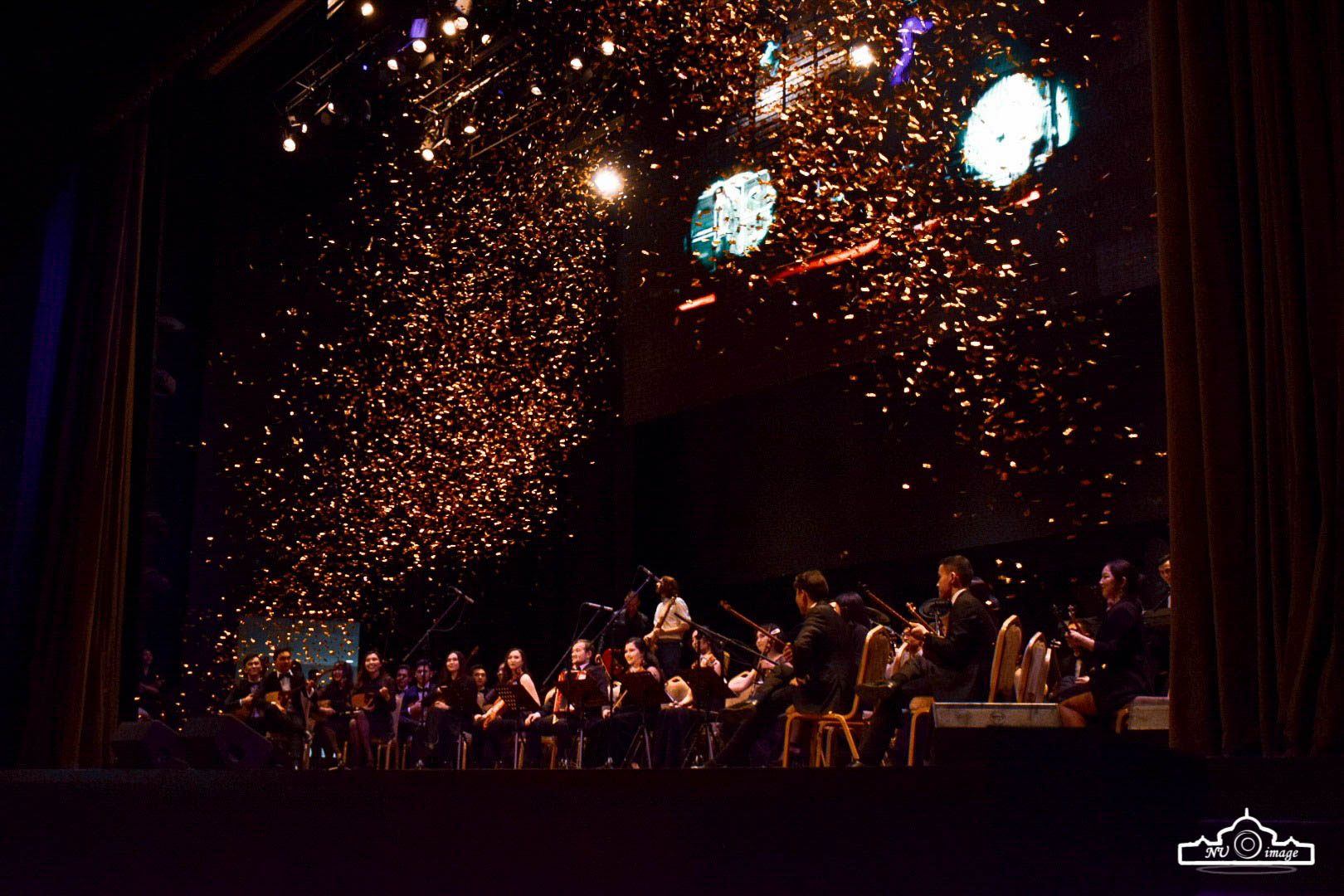 The orchestra always sandwiches popular modern themes such as the one from “Game of Thrones” next to national Kazakh masterpieces such as “Saryarka” by famous Kazakh composer Kurmangazy. The orchestra, thus, popularizes Kazakh national compositions by attracting youth with contemporary soundtracks and then sprinkling more classical works.

Although forced distance learning dispersed orchestra members throughout Kazakhstan, the students keep playing together by blending videos that each recorded separately. They kicked off their virtual 2020 Grand Concert Sept. 11 with “Kozimnin Karasy (The Apple of My Eye)” by Kazakh poet Abai Kunanbayev in honor of his 175th anniversary. This year’s concert is also limited to less known Kazakh songs such as “Kishkentai (Little one)” by Seidolla Baiterekov.

The NU Orchestra has around 40 student-members majoring in engineering as well as the social, and natural sciences. Despite their diverse backgrounds and demanding schedules, the students have been giving top-notch performances since 2015.

The majority plays the dombyra, the Kazakh national double-string lute. But what makes them a real national treasure is that there are orchestra-members who also play rare Kazakh national instruments as the saz-syrnai (an egg-shaped clay flute), the shankobyz (mouth harp), the sybyzgy (side-blown flute), the daulpaz (kettledrum), as well as the prima kobyz, which is an ancient Turkic string instrument adapted for the orchestra in the early 20th century. All together students can create mesmerizing music that would take one to the Great Steppe, “see” the galloping wild horses and just feel the color of a Kazakh’s heart. 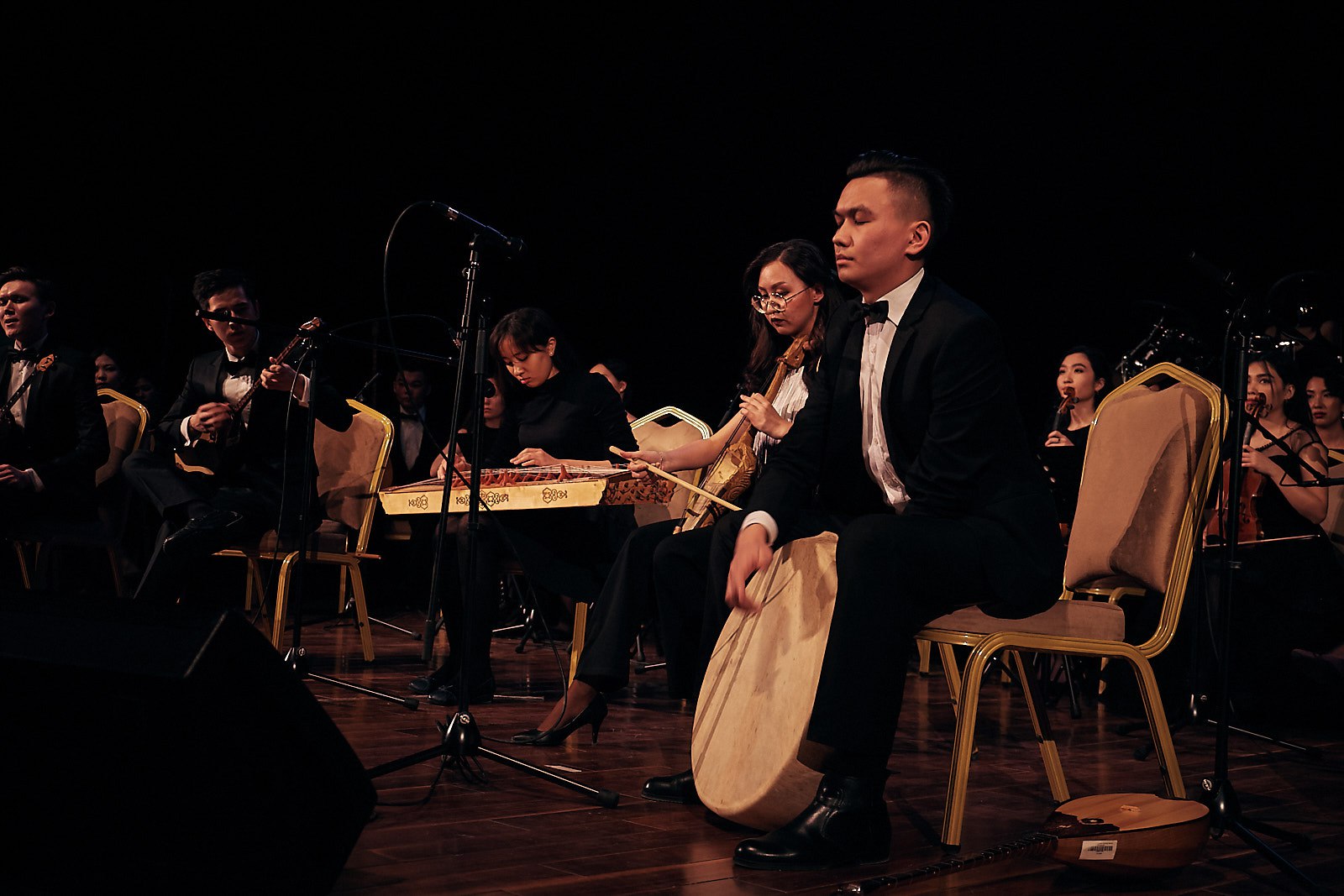 “The bright idea that this club can be developed to a more professional level haunted us. A liberalistic outlook and a desire to improve has led our club to the fact that now the NU Orchestra is a separate organism, where friendship, love, creativity, and integrity reign,” said Yerassyl Alimbayev, the NU Orchestra president between 2015-2018.

In 2015, the student orchestra first went viral on Kazakh Youtube with the cover of the Game of Thrones TV series main theme.

The orchestra always seeks ways to spice up their performances. The NU Orchestra first organized the Grand Concert in April 2018 and made it annual. The concert incorporated shashu (Kazakh tradition of showering guests with candy), dancers, choir, and visual aids. The orchestra also invited guest musicians and soloists from the Kazakh National University of Arts, Kazakh singing sensation Dimash Kudaibergen’s alma mater.

“I felt overwhelming joy! The hall had a cozy atmosphere. I liked the NU Main Hall. Volunteers greeted us and walked us to our seats. The organizational part was well thought through,” said a spectator of the debuting Grand Concert Gaukhar Ibrayeva.

“Goosebumps. Every performance is a piece of art,” said Talshyn Bayekina, who has frequently attended the shows.

The Grand Concert seemed to inspire professional orchestras. The Ne Prosto Orchestra also borrowed many of those elements for their concert in the autumn of 2019.

According to the NU Orchestra President Aiza  Aitkozhina, the orchestra will soon release new covers of “Altynym (My precious)” by Famous Kazakh singer Akyn and the classic of many karaoke gatherings in Kazakhstan – “Belgisiz zhan (Unknown soul)” by the Kazakh Orda group.

The student orchestra plans to organize a concert featuring famous soloist Moldanazar, and Kazbek Kuraysh, as well as a student choir. They also plan to professionally record a few, as well as plan to start performing beyond the NU campus at events in the Kazakh capital and maybe even collaborate with other orchestras.