By Aidana Yergaliyeva in International on 6 November 2020

NUR-SULTAN – The international community has again expressed interest in Kazakhstan’s experience in the rehabilitation and adaptation of believers who have suffered from radical ideologies, according to zakon.kz 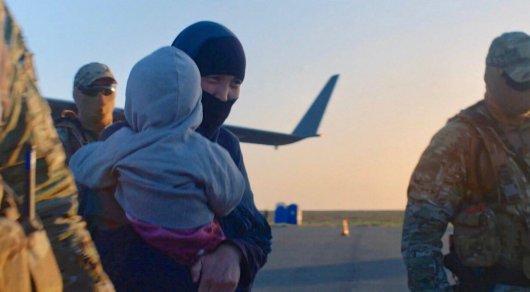 Alim Shaumetov, the director of the Aqniet information-propaganda and rehabilitation center, spoke about Kazakhstan’s experience at a recent virtual conference with diplomats from more than 30 foreign missions at the permanent mission of Kazakhstan to the UN offices in Geneva, and in a meeting with the Kazakh Red Crescent in Nur-Sultan.

In May 2019, Kazakhstan’s Jusan operation returned 595 citizens from Syria, most of them children and their mothers. Jusan translates from Kazakh as wormwood, which is often associated with the scent of the steppes and an association with the motherland in Kazakhstan. The Aqniet center’s specialists were the first to work with the initial rehabilitation of radicalized citizens.

“Kazakhstan’s Jusan operation is an excellent example for other countries to follow,” the United Nations Committee on the Rights of the Child Chair Renate Winter told The Astana Times.

The Aqniet center came back to participate in the rehabilitating and re-education of the citizens. The center received financing from the Center for Support of Civil Initiatives and support from the Kazakh Ministry of Information and Social Development.

The citizens will study theology and receive psychological training at the center. The center’s specialists in Oral, for example, explain the religious errors that once convinced them to wage jihad in Syria twice a week at theological classes. 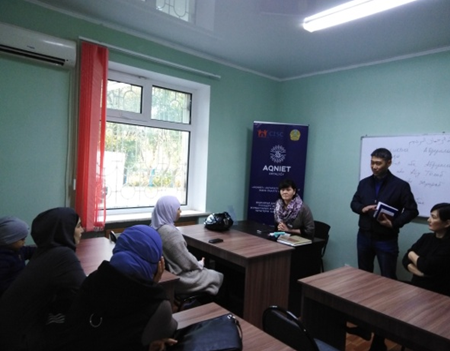 Aqniet’s Psychological Service in the Almaty office helps the people to deal with the consequences of post-traumatic stress syndrome. The same help is available online for returnees in all regions of Kazakhstan.

Shaumetov stressed that Aqniet center’s work is only complementary to a bigger national project.

Kazakhstan had a humanitarian operation in November 2019 that brought 14 children back to their homeland from Iraq. The Pravo public fund regional centers took care of the children. According to the Pravo Head Olga Ryl, these are the only centers that deal with the “adaptation of minors and their socialization related to de-radicalization matters that we have created and have been creating since 2010.”