By Aidana Yergaliyeva in International on 28 November 2019

NUR-SULTAN – Kazakhstan’s humanitarian operation on Nov. 27 brought 14 children back to their homeland from an Iraqi prison, where they have been living for two years with their mothers. The life “after” will start for them with courses of rehabilitation at Pravo public fund’s regional centres. 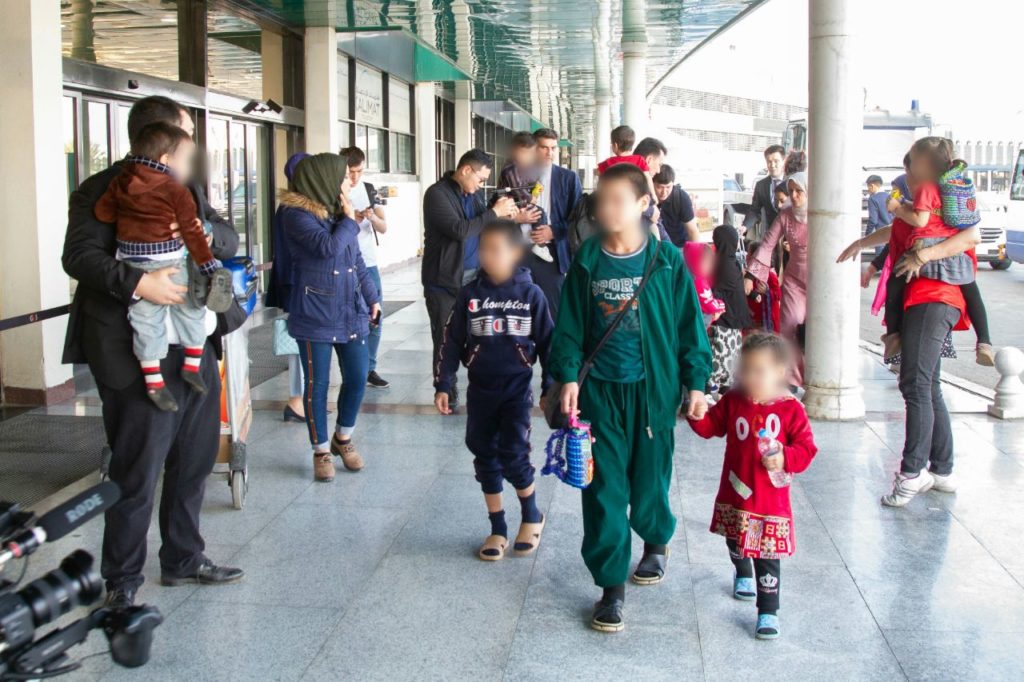 “There are six of them (mothers). They are in an Iraqi prison in Bagdad. They have been serving the life sentence, which in Iraq means 25 years. And for two years they (children) have been there with their mothers. Unfortunately, our government only got to know that our citizens are in an Iraqi prison in March,” said The Astana Times reporter Assel Satubaldina who was reporting from Baghdad.

Previously, over the period from January to June, a different action, called Operation Jusan, returned 595 Kazakh citizens, including 406 children, among them 33 orphans, from Syria.

In Baghdad, Kazakh diplomats found an orphaned child kept in an orphanage and 13 “others were with their mothers in prison.”

“The condition is harsh in prison. All have some kind of illness. All have scabies,” Kazakh Foreign Ministry’s official who preferred not to mention his name told The Astana Times. 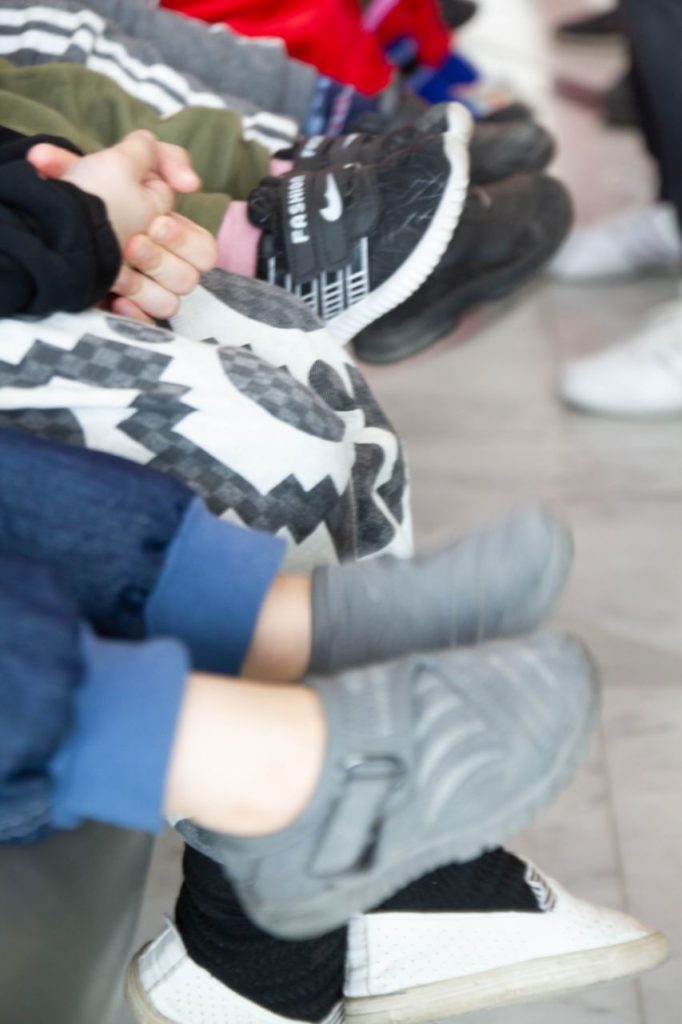 The Kazakh government has been supporting the rehabilitation of the returnees. These are the children of Kazakh citizens who began to leave Kazakhstan with their families eight years ago following promises of a better life by DAESH. The tale ended when they arrived in a zone of military conflict.

Following Operation Jusan that returned adults as well, the government charged with penalties men who had an irrefutable evidence of being engaged in terroristic acts.

The public, however, should leave their bias behind when it comes to the children, because “they’re not guilty of what happened to them,” said Olga Ryl, the head of Pravo Public Fund that works with the adaptation of the children to a normal life where children play toys, not guns, reported sputniknews.kz.

“We are working to ensure that there is no stigma towards these children, and to all children. If a child has committed an offence or a crime, even the most serious one, this does not mean that you need to put an end to it. You need to work with him,” she said.

So, what is the “after” for the children?

“We will now go to the child rehabilitation centre, where children will be for some time while they will have full medical check-up, and then a range of inspections, and then will join their relatives, grandmothers and grandfathers, aunts and uncles,” Aruzhan Sain, Kazakhstan’s Ombudsman for Children’s Rights told The Astana Times after they landed at Nazarbayev International Airport Nov. 27.

Then the children are in the trusteeship of Pravo Public Fund’s centres. These are the only centres that deal with the “adaptation of minors and their socialisation related to de-radicalisation matters that we have created and have been creating since 2010,” said Ryl in an interview for this story.

After they arrive in Kazakhstan “some live in our (Pravo) centres along with mothers; some come to our day hospital to receive a range of social services,” she said.

All children, at first, have no identity documents. The government could immediately restore the duplicate documents for 113 children who were born in Kazakhstan and returned from Syria.

For children who have rights for citizenship by blood and not by soil, there is “a long process underway to restore documents, because under the law we must make sure that this child is of these parents,” Mazhilis (lower house of the Parliament) member Zagipa Baliyeva said during the Oct. 19 Child-Friendly Kazakhstan Conference in Nur-Sultan, reported kursiv.kz. 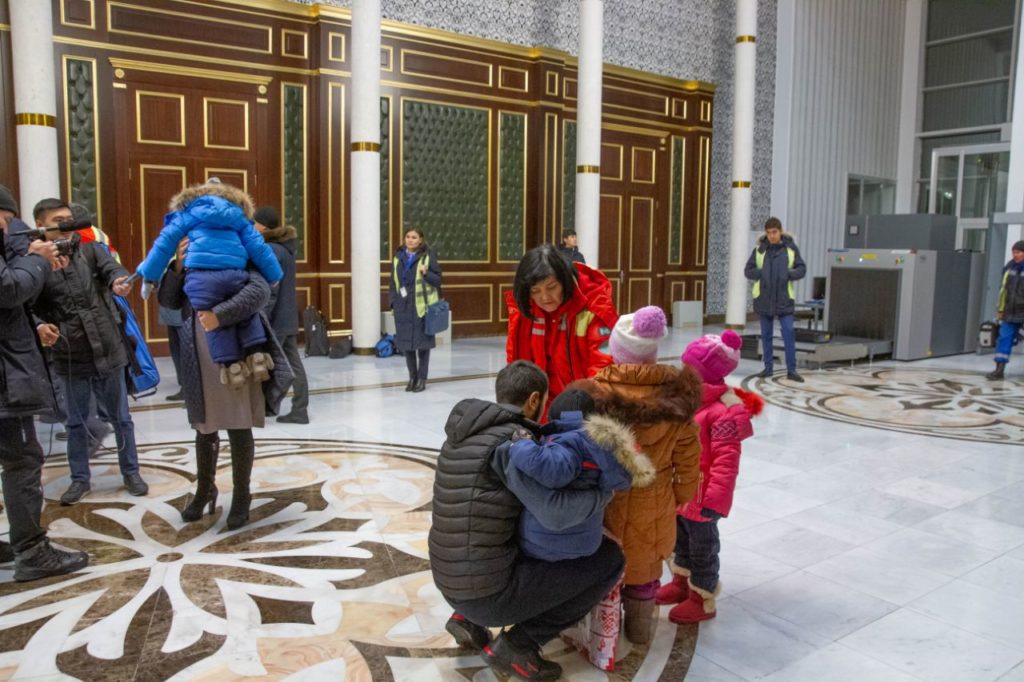 The age range of the children returned from the Iraqi prison vary from one year to 13 years. Many of them would have to go through a similar complex documentation procedure that on average takes nearly four months.

The documents for children who have been returned in the first half of the year “now are in the final process. We performed genomic examinations. Court hearings passed. And now the court decision comes into force. On the basis of this, we receive birth certificates of the children,” Ryl said.

The children saved from Iraq are from all of the parts of Kazakhstan just like the children who arrived with the previous missions from Syria. They will be later relocated in accordance with their parents’ last registered residence.

“They are all from various regions. We hope they will adapt quickly. They are mostly little. So we want them to have a new life and (we want) them to forget what has happened before. In their motherland, everything will be all different,” said Sain.