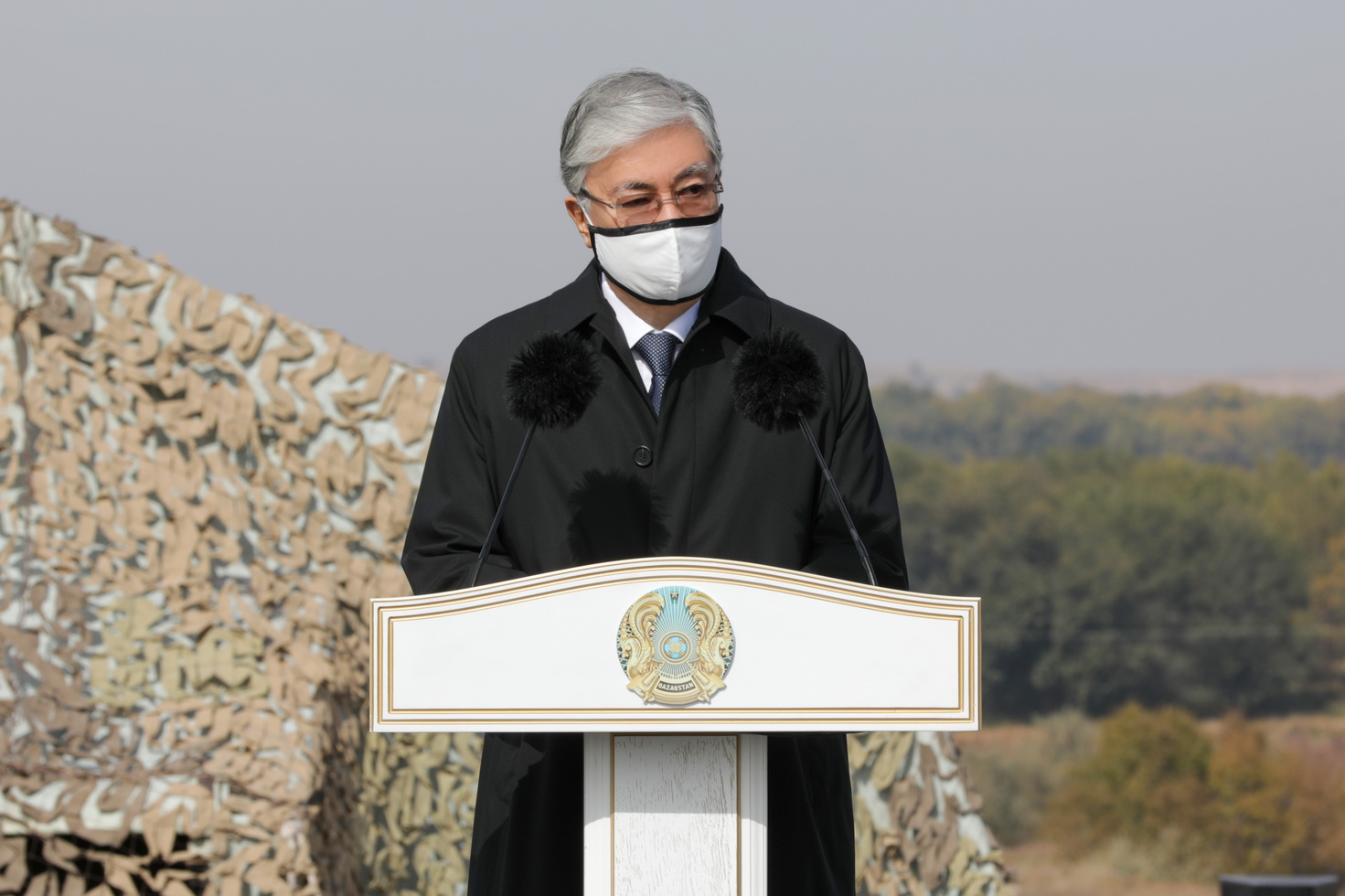 Tokayev recently attended the first comprehensive peacekeeping exercise in the history of the Kazakh Armed Forces, which gathered more than 1,000 military officers, and more than 100 military units and special equipment.

Addressing the Kazakh military officers, Tokayev said that the world still suffers from numerous regional and interethnic conflicts since the establishment of the United Nations.

“Regional conflicts defined as frozen or protracted have revealed a fundamental contradiction between the two basic principles of the UN Charter, which is the source and basis of contemporary international law. These are the territorial integrity of states and the right of nations to self-determination. The latter principle was particularly relevant when states gained independence and escaped colonial dependence. At this moment, the world is self-determined. Therefore, the principle of territorial integrity of states has now come to the fore and become a priority. When developing approaches to assessing current conflicts, we should be guided by the UN General Assembly and Security Council resolutions,” said Tokayev.

He stressed the important role of the nation’s peacekeeping efforts and its “great honor and a huge responsibility.”

Army development and social support for military officers will always remain under the close attention of the state, he reassured.

“We need to focus on the development of dual capability components. Our experience in fighting the pandemic showed their importance and their demand. In particular, we will develop military and transport aviation. Radiation, chemical, and biological safety forces should always be ready to use,” said Tokayev.

The digital era also requires the modern army to be properly technologically equipped and master tactics and strategies in the cyber and information space.

Building strong armed forces, however, will require a strong motivation from military officers.

“One of our key tasks is the development of professional military education for sergeants. In doing so, we will use the Zhas Ulan schools and the сadet сorps. The current situation dictates its requirements for commanders. They must take the necessary initiative and determination without being distracted by the regulatory authorities. If there are offenses committed by the military, the punishment should be the strictest possible in accordance with the law. But changes should not distract commanders from fulfilling their duties without reason. These problems should be considered in the reform of the law enforcement system,” said Tokayev.