By Aidana Yergaliyeva in International on 24 September 2020

NUR-SULTAN – The Kazakh Energy Ministry and the US National Nuclear Safety Administration of the Energy Department signed a Sept. 23 joint statement on the minimization of high enriched uranium (HEU) at the 64th session of the International Atomic Energy Agency (IAEA) General Conference in Vienna, the Kazakh Energy Ministry press service reported. 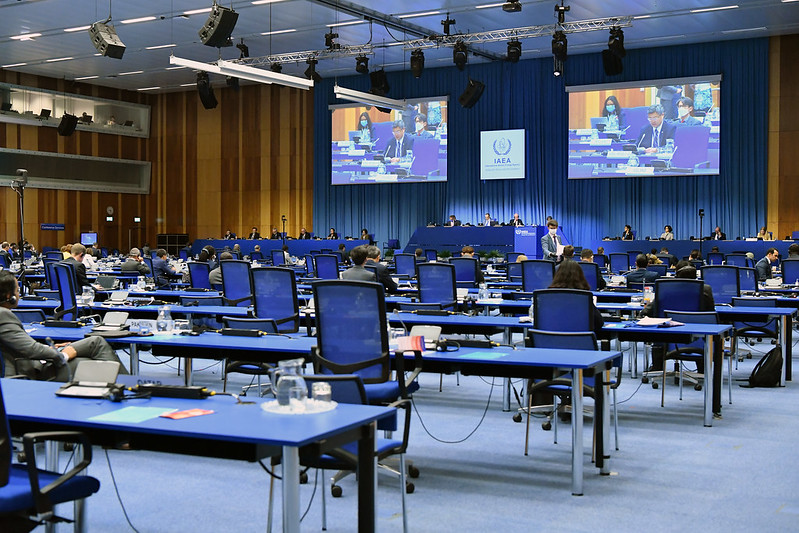 The Kazakh and US state agencies reaffirm their intent to cooperate in eliminating HEU and converting research reactors to low enriched uranium (LEU) fuel to ensure nuclear safety and strengthening the nuclear nonproliferation plan.

The agency established LEU Bank in Kazakhstan on Dec. 11, 2019. According to Kazakh Energy Minister Nurlan Nogayev, the project then “entered the practical stage of implementation.”

Kazakhstan “is carrying out the conversion of research reactors and highly enriched uranium disposal works” as part of the Global Initiative to Reduce Nuclear Threats, he said addressing the conference participants.

“The IAEA LEU Bank in Kazakhstan, a last-resort mechanism intended to give (member) countries confidence that they will be able to meet their future needs for nuclear fuel, is now fully stocked and operational,” said IAEA Director General Rafael Mariano Grossi.

Kazakhstan has been a member of the IAEA since 1994. In that time, the country has signed many fundamental international treaties on nuclear disarmament, non-proliferation and peaceful use of atomic energy. In 2019, Kazakhstan became the 26th country that ratified the Nuclear Weapon Ban Treaty.

Kazakh President Kassym-Jomart Tokayev signed the Act on the issues of Civil-Law responsibility of operators for nuclear damage on May 14 to implement the provisions of the Vienna Convention.