By Staff Report in International on 11 September 2020 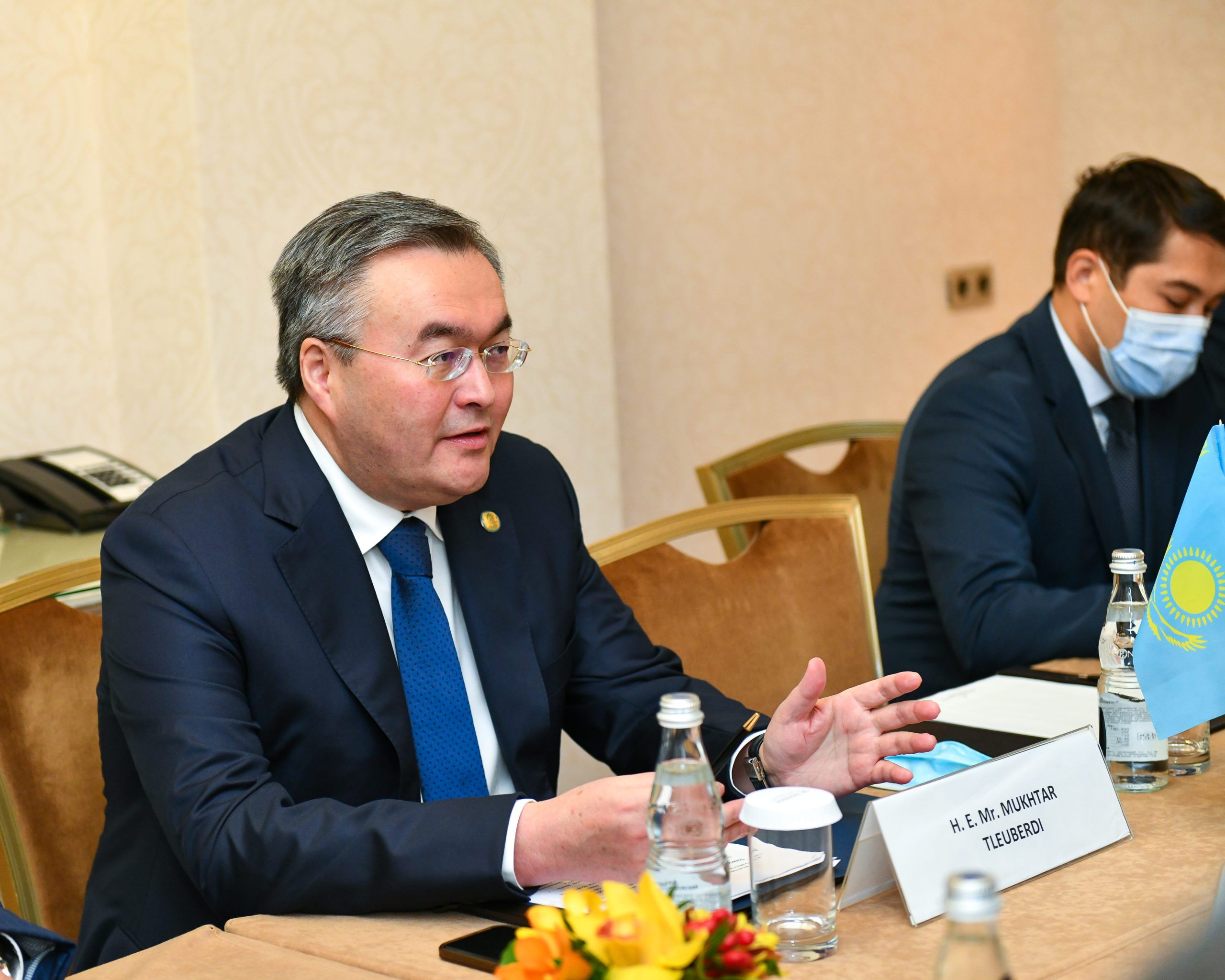 During their meeting, Tileuberdi and Kyrgyz minister Aidarbekov discussed the implementation of agreements reached as a result of previous high-level bilateral visits.  They also explored the possibility of resuming transportation between the two countries and border crossings.

Aidarbekov expressed his country’s gratitude to Kazakhstan for the assistance in the fight against the COVID-19 pandemic and the return of Kyrgyz citizens to their homes.

Indian minister Jaishankar stressed the need for robust political cooperation and high-level visits between Kazakhstan and India. The two counterparts noted a double-digit growth in bilateral trade that amounted to $1.57 billion between January and May, compared to 2019.

Jaishankar said that it is important to continue the strengthening of bilateral ties, including energy, investment, pharmaceuticals, and logistics.

India and Kyrgyzstan also welcomed the upcoming chairmanship of Kazakhstan in the Conference on Interaction and Confidence Building Measures in Asia (CICA), an intergovernmental forum for dialogue and consultations on security issues in Asia created at the initiative of Kazakhstan’s First President Nursultan Nazarbayev and voiced at the 47th Session of the United Nations General Assembly Oct. 5, 1992.

While in Moscow, Tileuberdi also met with the Russian Foreign Minister Sergey Lavrov.