Tokayev Inspects Areas in Turkestan Region Damaged by May Floods

NUR-SULTAN – Kazakh President Kassym-Jomart Tokayev visited the Myrzakent district in the Turkestan Region that suffered from floods in May during his visit to the region, reported Akorda press service.

Tokayev toured a new residential area that would welcome people who lost their homes due to the floods after Uzbekistan’s Sardoba reservoir dam partially collapsed May 1 impacting more than 4,000 people and destroying over 500 houses.

Kazakhstan evacuated 31,606 people from 14 villages after the reservoir collapsed. More than 600 houses flooded and five villages with a population of 6,127 people were completely destroyed. Some 3,600 hectares of agricultural land were also affected.

Tokayev stressed the solidary and unity of Kazakh citizens in helping their fellow citizens during this crisis.

“A new micro-district is being built. Nobody will be left on the streets. The needs of every resident were taken into account. All those, who need it, will move in here and have a new home. Large-scale work is ongoing. As they say, when we are together, nothing is impossible. Businesses, construction workers, doctors, ordinary people and many volunteers are actively working together. I express my sincere gratitude,” said Tokayev. 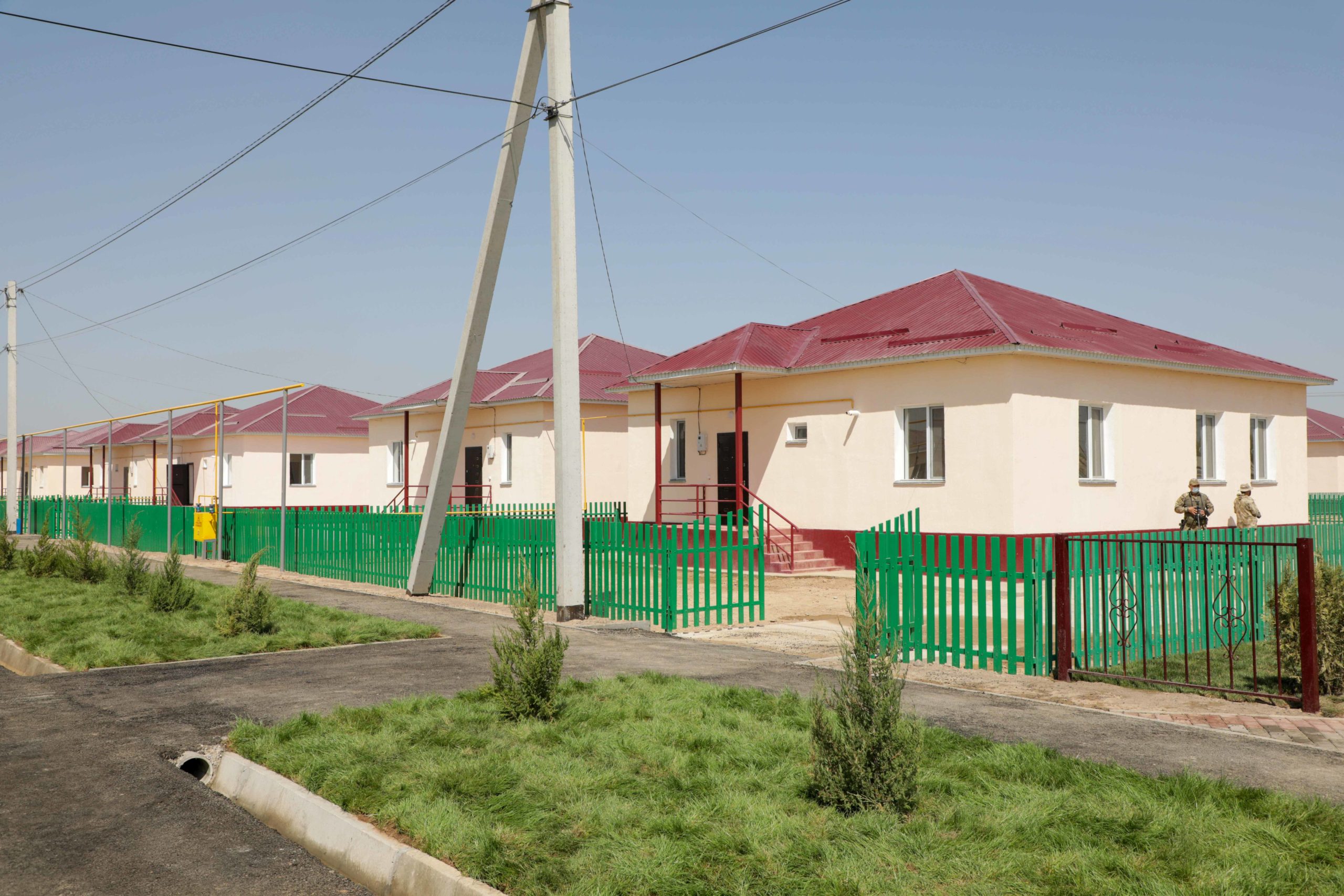 People who suffered from the flood also received payments worth 100,000 tenge (US$240) to help them get back on their feet.

Construction works are continuing in other areas affected by the flood. Tokayev said that the situation is under his personal control.

During the visit, he also met with Kazakh Minister of Ecology, Geology and Natural Resources who reported on the measures taken with Uzbekistan to tackle the aftermath of floods and to prevent it from happening again.