By Aidana Yergaliyeva in International on 6 August 2020 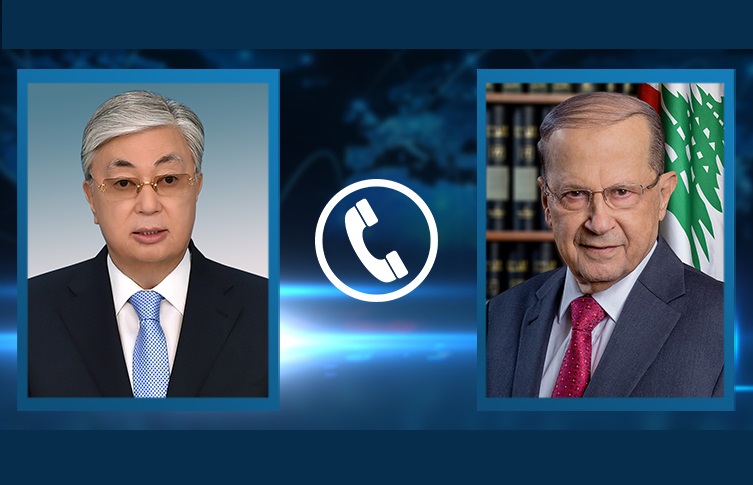 “Given that the explosion caused damage to the building of Kazakhstan’s Diplomatic Mission and slightly injured its employee, President Tokayev asked the Lebanese President to take extra measures to ensure the safety of our citizens (more than 200 people) who are in Beirut,” the statement reads.

President Tokayev also expressed confidence that the Lebanese government will provide assistance to ensure the safety of 120 Kazakh UN peacekeepers. The peacekeepers arrived one day before the explosion. It is the fourth Kazakh contingent under the UN mandate sent to Lebanon.

Earlier, the Kazakh Minister of Foreign Affairs assured the public that all Kazakh citizens registered with the embassy office in Beirut are healthy and safe.

Meanwhile, the toll of victims in Beirut is growing. According to the latest updates, the Aug. 4 explosion killed at least 135 people, injured 5,000, and caused massive damage to the area in the radius of several kilometers.

Tokayev expressed condolences to the families and friends of the victims of the tragic event and wished speedy recovery to the injured.

President Aoun thanked his Kazakh counterpart for the phone call and support during such a difficult period and said that he would convey his warm words to the Lebanese people. Aoun reassured Tokayev that the Lebanese authorities will undertake all measures to ensure the safety of Kazakh citizens and diplomats.

Aoun also praised the Kazakh UN peacekeeping contingent and emphasized the role of Kazakhstan in ensuring regional and global security.

Tokayev stressed that Lebanon is an important partner for Kazakhstan in the Middle East. Aoun also reaffirmed his interest in working closely with Kazakhstan to further strengthen bilateral and multilateral cooperation.

The presidents exchanged their vision to cooperate and strengthen relations between Kazakhstan and Lebanon.