By Aidana Yergaliyeva in International on 11 August 2020

NUR-SULTAN – Over the course of the pandemic, the Kazakh Armed Forces have been directly engaging the enemy in the fight against the coronavirus infection. Kazakh Defense Minister Nurlan Yermekbayev reported on the state of the armed forces, their accomplished work, as well as Russian-Kazakh military medical cooperation during the Aug. 7 meeting with Kazakh President Kassym-Jomart Tokayev, who is also the Supreme Commander-in-Chief of the Armed Force, reported Akorda press service. 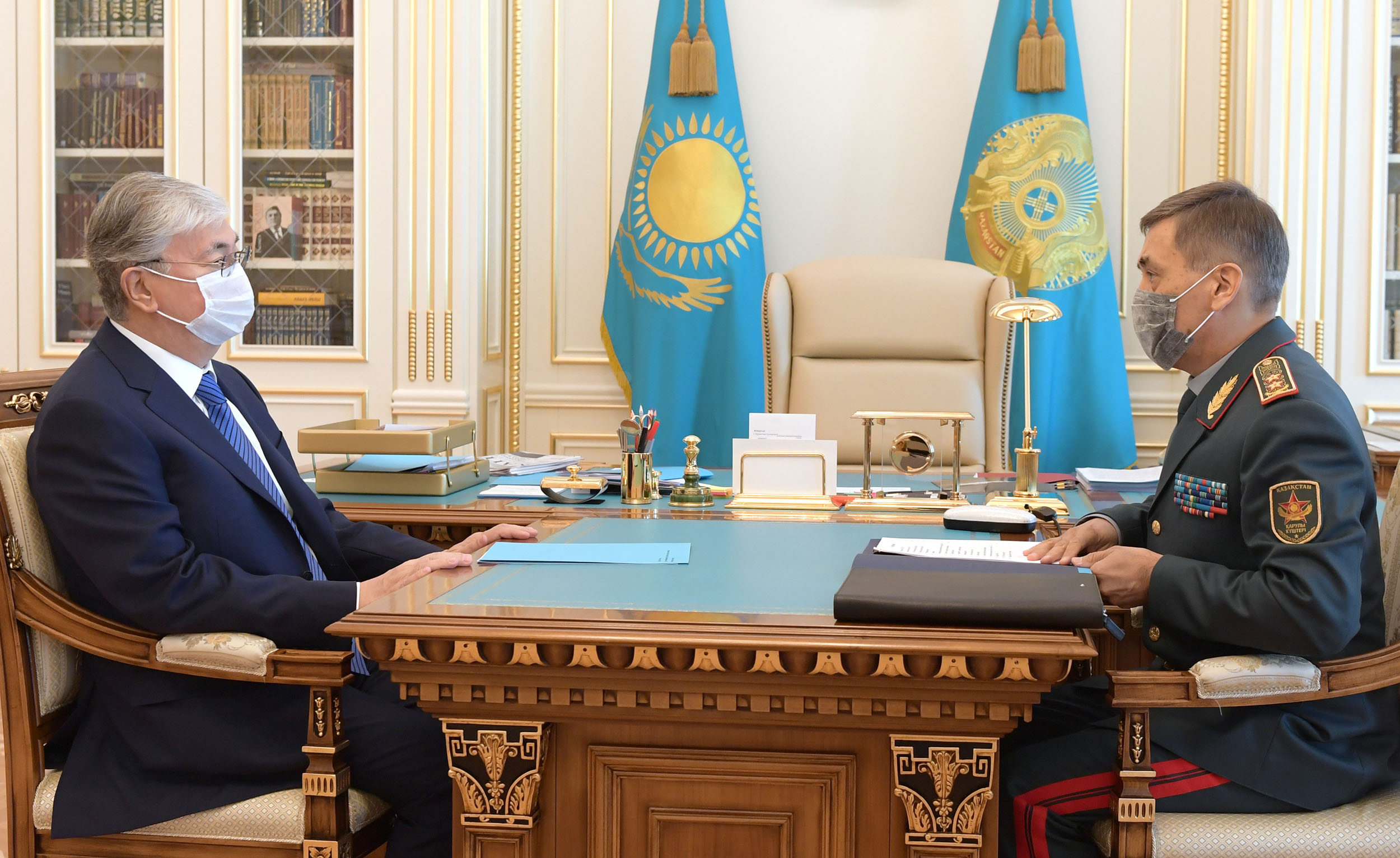 The Kazakh armed forces have been working with an exhausting schedule as the troops combine their intensive combat training with the disinfection of cities and settlements, as well as providing assistance to the population in the fight against coronavirus, the Kazakh Defense Ministry’s press service reported.

“Despite the difficult epidemiological and weather conditions, the assigned combat training tasks were successfully completed. The control groups of the General Staff noted a good level of individual fire training, the coherence of subunits and the high morale of the personnel,” the statement said.

In addition to this, Russian military doctors joined efforts with Kazakh counterparts on Aug. 6 in the fight against COVID-19 as part of the agreement between the defence ministers of Kazakhstan and Russia on military medical cooperation.

The Supreme Commander-in-Chief also instructed the defense minister to tackle the issue of sending military medics to Lebanon to provide medical assistance to victims of the Beirut blast.

Tokayev also emphasized the importance of ensuring constant combat readiness of dual-use components, in particular those services and combat arms that can be involved in the elimination of man-made and natural emergencies, as well as in the fight against potential biological and chemical threats.