Author of Viral ‘Koronavirus, Ket!’ Song to Perform in US Charity Concert After Pandemic

By Aidana Yergaliyeva in Culture on 22 August 2020 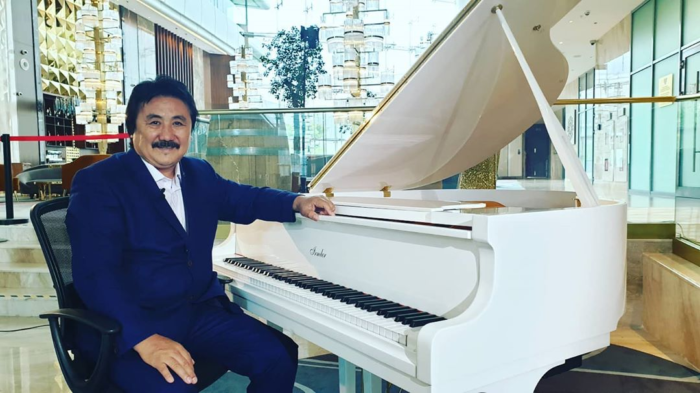 Omarov has long been famous for his heartwarming song about mothers “Anasy bar adamdar, yeshkashan kartaimaidy (People who have mothers will never age old).” At the start of the state of emergency in Kazakhstan, he reached new heights of popularity with his joke song “Koronovirus, ket! (Coronvirus, go away!)” that he posted on March 13 on his instagram page .

The song went viral after Kazakh bloggers and instagram users quickly started sharing renditions, covers, and video clips for the song. As of today, the video has over 1 million views.

“I entered into the top leaderboards with this song, and not only in Kazakhstan. So many viners and bloggers picked it up. So many versions were filmed of this song. Friends called and said that it was a masterpiece. I did not expect such a reaction. Of course, I’m glad,” Omarov told tengrinews.kz.

According to the composer, he learned that he was invited to the post-corona concert from his fellow colleagues at the World Composers Association. The concert date will be known after the pandemic ends.

“I was on the guest list with the song ‘Koronavirus, ket!’ They called and told me that they liked the song. I have already translated it into English,” said Omarov.

The composer wrote the song after a similar event on March 21 in Miami got postponed and later cancelled.