By Zhanna Shayakhmetova in Nation on 16 July 2020

NUR-SULTAN – Ninety-four people were registered for the deputy elections to the Kazakh Senate (the upper house of the Parliament), which will be held Aug.12, reported chairman of the Central Election Commission Berik Imashev at the July 13 meeting. This election will decide the electoral fate of 17 current Senate deputies whose term expires in October. 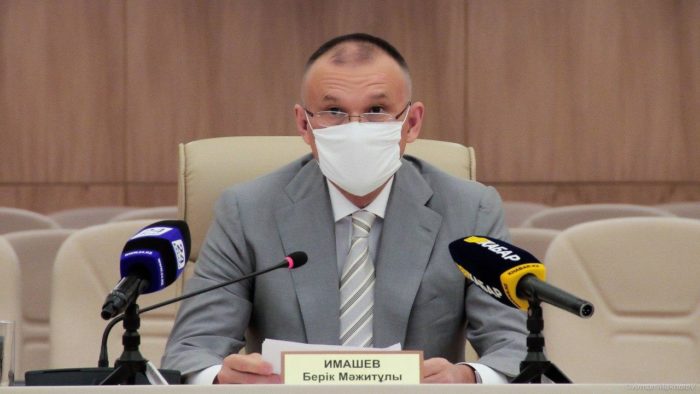 This year, the largest number of candidates were nominated in the Almaty region – nine people, in Nur-Sultan – eight and in Almaty – seven candidates.

The head of the Central Election Commission also noted the active participation of women in the election campaigns. Overall, 19 women were registered. In 2017, there were 13 women, five women in 2014 and six women in 2011.

The Kazakh Parliament has 33 women and the Mazhilis (lower chamber of Parliament) has 27 women. As of January 1, 2020, there are 740 women out of 3,335 seats in the country’s maslikhats (local representative bodies), which is more than 22 percent.

The average age of the candidates is 51. The youngest candidate is 30 and the highest age among applicants is 69.

There are engineers, economists, teachers, lawyers, agricultural workers, doctors and journalists among the candidates.

The registration of candidates is currently underway, which will last until July 23. In accordance with the legislation on elections, the election commission and state bodies have to verify the authenticity of documents submitted by candidates.

Kazakh President Kassym-Jomart Tokayev set a new date for deputy elections to the Kazakh Senate by a June 12 presidential decree. This election will decide the electoral fate of 17 current Senate deputies whose term expires in October. The last Senate elections were held in 2017.

The Kazakh Parliament consists of two chambers – the Senate and the Mazhilis acting on a permanent basis.

A candidate for deputy of the Senate may be nominated by a maslikhat, a political party or may be self-nominated. To be registered as a candidate, a Kazakh citizen must meet certain requirements and must have the signatures of at least 10 percent of all the electors in his or her region.

The Senate is formed by deputies representing in the order established by the constitutional law, two persons from each region, city of republican significance and the Kazakh capital.