By Aidana Yergaliyeva in International on 14 July 2020

NUR-SULTAN – Kazakhstan has hopped 10 lines up in the ranking of the United Nations’ (the UN’s) E-government Development Index (EGDI) in 2020 – a list comprised of the 193 UN member countries, reported the press service of the Ministry of Digital Development, Innovations, and Aerospace Industry. The new ranking places Kazakhstan in 29th place, right after Ireland and Canada. 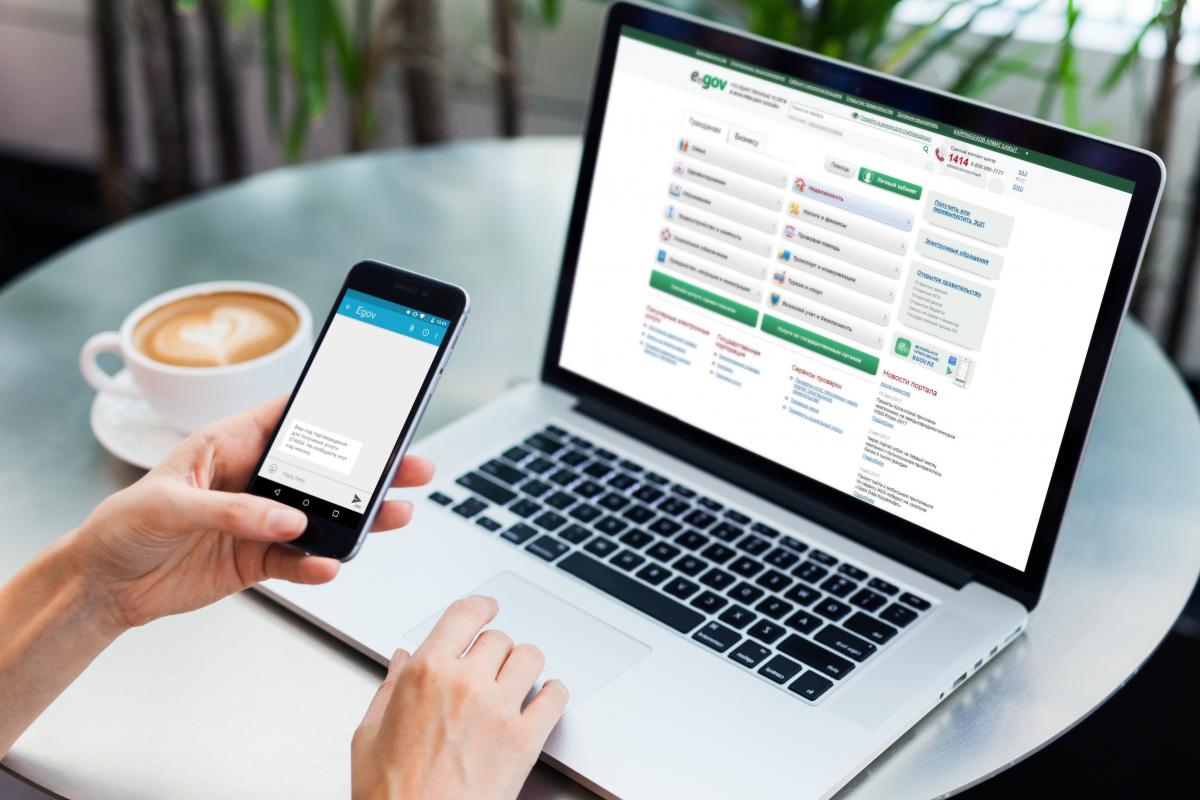 Kazakhstan has the highest EGDI among countries in the Commonwealth of Independent States (CIS) and landlocked developing countries.

The UN E-government Survey 2020 report periodically mentioned that the key in Kazakhstan’s e-government progress was the Digital Kazakhstan state program for 2018-2022. In a relatively short time, the program’s multitude of projects have started to show positive economic effects.

“In 2018, Kazakhstan moved from the high rankings to the even higher EGDI group and has continued to accelerate the pace of e-government development within the framework of the Digital Kazakhstan program, by improving the quality and the number of public services provided online, expanding the ICT (information and communications technology) infrastructure, and enhancing the quality of education and the overall digital literacy of the population,” the report reads.

Over the past two years, the number of public services in Kazakhstan available digitally has grown to 83 percent. A telegram bot processes 26 services. 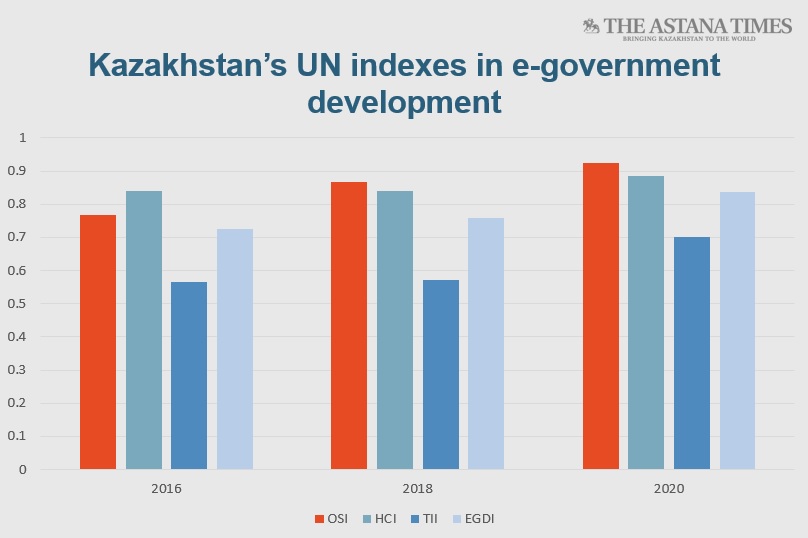 The UN indexes in e-government development of Kazakhstan in the last three reports. The EGDI is the average of the three other indices: Online Service Index (OSI), Telecommunications Infrastructure Index (TII), and Human Capital Index (HCI). Kazakhstan’s EGDI increased 10 percent to 0.8375 maintain its position in very high development range between 0.75 to 1.00. The top countries with closest to 1.00 development value are Denmark, South Korea, and Estonia.

The UN report authors highly valued the Digital Kazakhstan’s ongoing training programmes of civil servants. Kazakhstan’s E-Participation Index (EPI) level climbed 16 positions up, taking 26th place. The EPI is at the core of President Tokayev’s concept of the “Listening State.”  It measures the involvement of citizens in a decision-making process, transparency and the openness of the state’s activity.

“The key to the success of any government digitization effort is in building the capacities of those who train and educate the users of ICT-based programmes,” the report reads. “These programmes (within Digital Kazakhstan) are designed to continually train and educate capacity developers and public servants on the ever-increasing array of ICT applications and provide them with the digital skill sets considered essential to their development to enable them to improve public services.”

Kazakhstan ranked in the highest category at the 28th spot in the list in 2014. The country dropped positions in the next two rankings in 2016 and 2018 to 33 and 39, respectively, but still remains in the highest echelon. 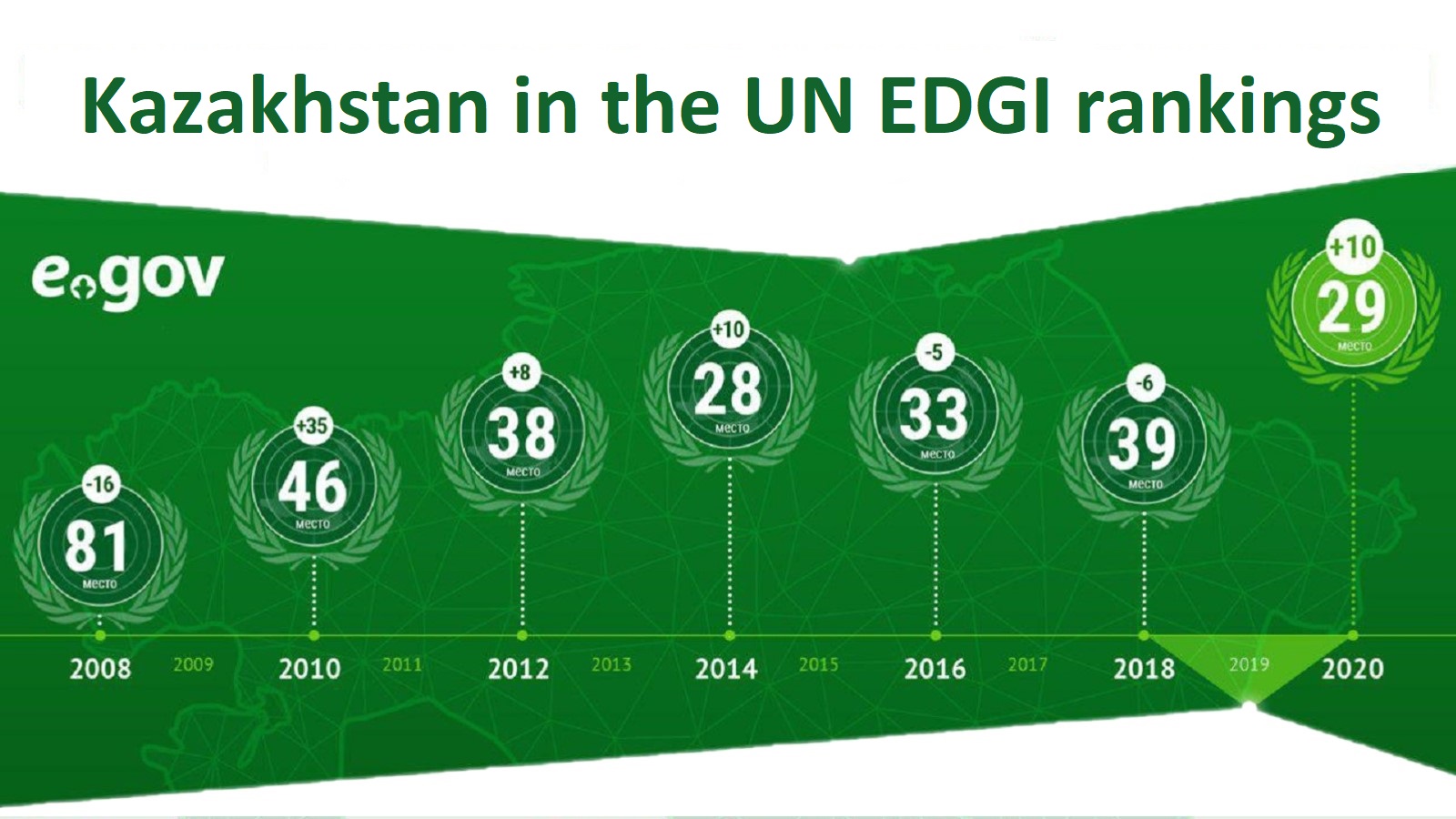 Kazakhstan in the UN EDGI rankings over the years. Photo credit: the Ministry of Digital Development, Innovations, and Aerospace Industry press service.

To calculate the EGDI, the UN takes the average of the three other indices, Online Service Index (OSI), Telecommunications Infrastructure Index (TII) and Human Capital Index (HCI). Kazakhstan maintained its position in V3, the second highest rating class by EGDI value (0.8375). The value increased 10.2 percent compared to the index in 2018. Kazakhstan’s TII had the highest growth – 22.7 percent while the OSI reached 0.9235. The very high EGDI value ranges from 0.75 to 1.00. The countries with top values are Denmark, South Korea, and Estonia.

Kazakhstan plans to complete two large-scale projects to improve its telecommunications infrastructure. The projects will provide 99.3 percent of the population with access to high-speed mobile internet. In particular, telecommunication operators will lay more than 20,000 kilometers of optical communication cable, which is approximately the distance from Nur-Sultan to New York and back.