By Aidana Yergaliyeva in Business on 23 July 2020

NUR-SULTAN – The Kazakh car industry has seen an overwhelming increase in domestic car production, an increase in exports, and car sales over the first half-year. The share of domestic cars exceeded 60 percent, the Association of the Kazakhstan AutoBusiness (AKAB) press service reported. 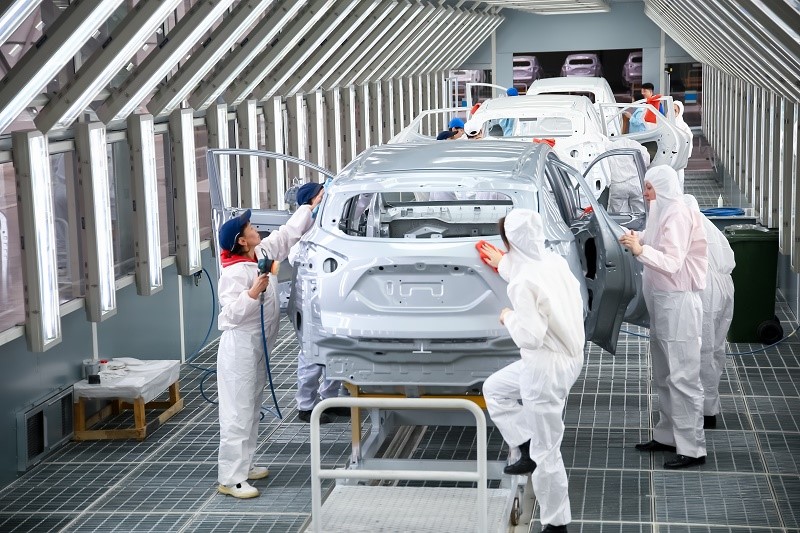 Domestic car manufacturers produced 32,701 car units, which is a 58.6 percent year-on-year (yoy) increase. Kazakhstan exported a total of 2,475 cars and commercial vehicles for a total of 19 billion tenge (US$45.91 million) in the first half year.

The domestic car export had a significant increase in June. Kostanai-based SaryarkaAvtoProm alone shipped approximately a third of the total exports for 5.6 billion tenge (US$13.53 million) in June. This is, Kazakhstan exported every sixth domestically produced car in June.

SaryarkaAvtoProm exported domestic cars of Hyundai, Chevrolet and JAC (a Chinese state-owned automobile brand) brands to the Eurasian Economic Union and neighboring countries. The company is the only exporter of passenger cars in Kazakhstan.

The Kazakh Ministry of National Economy estimated the total cost of the domestically produced cars at 235.4 billion tenge (US$568.7 million), a 62.5 percent increase yoy.

Kazakh domestic producers had a 4.1 percent increase defying the global negative trends in the first half of 2020. The main contributors to the upward trend were in the car industry – a 46 percent increase, pharmaceuticals – 24 percent, construction – 11.2 percent, and manufacturing 4.8 percent growth.