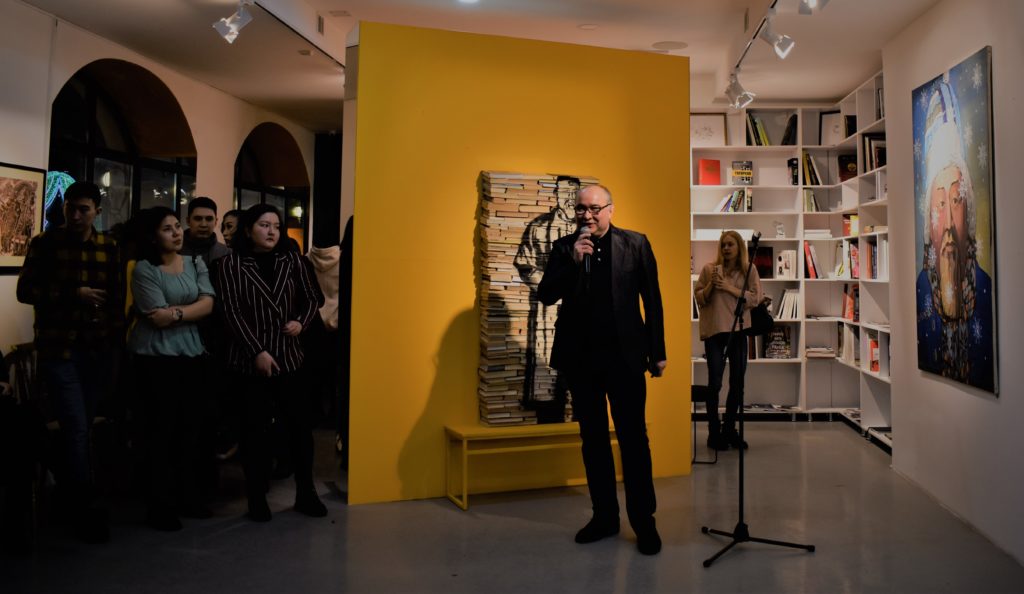 “We are glad to be part of this festival; we are glad for the idea that the festival introduces people to spaces… people should not spend their leisure time only in shopping centres, fast food restaurants… they have the opportunity to go to the opening of exhibitions, to public libraries, public spaces, gain new knowledge,” said gallery Art Director Baurzhan Sagiyev in an interview for this story.

Library organisers have been collecting various categories of books, including the history of art, contemporary art, design, architecture and fashion, for the last two-three months. In the future, the shelves will be replenished with new volumes.

“The library is a living organism that will grow, grow muscle mass, increase in size. I really hope the library will live; it will demand, first of all, that people will come and read,” he noted.

The library has the opportunity to become a full-fledged art centre and increase the scope of its activity, he added.

“It is an open library format, the way we, in principle, would like to see libraries – more open,” she said in an interview.

The idea for the festival originated from the capital’s first indoor public spaces seminar organised by Urban Forum of Kazakhstan. It came in response to the high demand for public spaces and activities for city residents.

Organisers started looking in the fall for potential places and partners who shared their philosophy that public spaces should be oriented to citizens’ needs. Four potential partners, including TSE Art Destination, were offered the opportunity to unite and create a public spaces festival.

“We said to our partners… You already have a space, you have your own audience; think of a format, completely unexpected, that you would like to test or try in your premises,” she said.

“We thought we would do it (the festival) during the week, then we realised… we need to enable people to digest this information, so we divided it. The festival lasts for three weekends in a row,” she added.

Within the festival, the art gallery also held the Jan. 26 workshop for teenagers on mobile photography. The organisers are considering adapting the festival format for adults and adolescents.

“In this city there are a lot of children and adolescents, but, unfortunately, we did not have activities and events that could enrich culturally our children, our young generation,” said Mamayeva.

Professor Yerzhan Akatayev spoke about the history of libraries as part of the opening ceremony. After his talk, guests had the chance to attend the poetic evening organised by the literary group Anamahat. The gallery cooperates with many such groups and organised approximately four and five literary evenings last year.