NUR-SULTAN – Kazakh travel blogger Kuat Bolatov has produced short documentaries about the lives of self-made Kazakhs living in Austria, the Czech Republic, Switzerland and the United Kingdom, as well as China. The aim is to motivate others and convey the message that everything is possible. 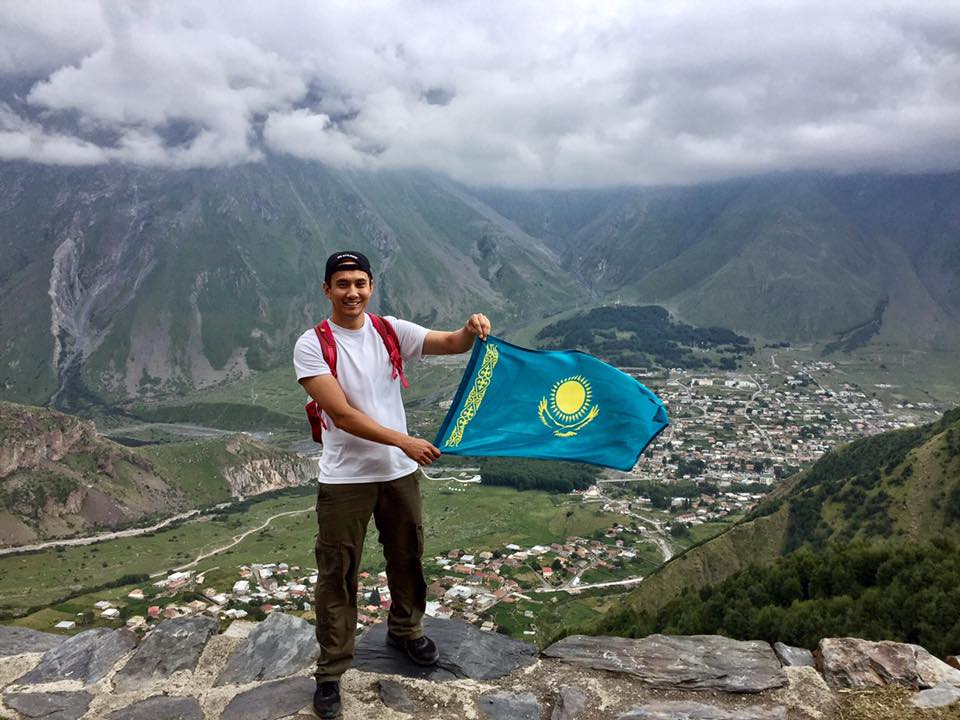 “The project has a social character; no one earns anything and I just wanted to make such a film,” he said in an exclusive interview for this story.

The idea for the documentaries originated from his first trip abroad at age 26.

“(It was) the first independent trip for a long time and something unusual… I rode a bicycle in seven countries of Europe, with a tent, a burner and a sleeping bag,” he noted.

His friends recommended visiting their relatives or friends living in Europe. For half of his 32-day trip, Bolatov stayed with those who agreed to put him for a night. His hosts were not only Kazakhs, but individuals from Bulgaria, Germany and the Netherlands.

Bolatov was surprised Kazakhs living in Europe are unknown in their native land.

“Those guys speak several languages, work in cool companies or study at cool universities. They are self-made from the regions,” he said.

Bolatov was asked to make a video presentation about his trip and present a talk in the capital. Rather than compete with the numerous videos about Europe’s beauty, he decided to tell the stories of people living there. He used a cellphone camera to record the answers to his questions, cobbling them into a seven-minute video.

Some audience members recognised the interviewees as people who once lived in their city or village and the response inspired him to devote his next trip to making a film about Kazakhs living abroad. He chose the United Kingdom as his destination, where he again travelled by bicycle and recorded interviews. The film consists of seven stories.

The underlying message connecting the tales is that one can achieve high goals if he or she works hard and never gives up.

One of the characters, Farkhad Bolatov, is a talented musician from the small town of Yereimentau who received the opportunity to study at London’s Guildhall School of Music and Drama.

“There is no secret (of success). You just need to work; you need to want to do something, go beyond this box of certain circumstances and try to do more, work more, believe in yourself,” he said.

“It happened that I was born with a diagnosis of cerebral palsy, but it never stopped me on the path to achieving my desires and the education that I always aspired to,” she said.