NUR-SULTAN – The Kazakhstan-Japan co-production “The Horse Thieves. Roads of Time” was released in Japanese cinemas Jan.18.

The movie premiered Oct. 3-12 at Asia’s largest film festival, the 24th Busan International Film Festival in Korea held at the cinema centre of the same name. It was selected as the opening film and attracted more than 5,000 visitors.

The project, directed by Takeba and Yerlan Nurmukhambetov, was led by Kazakhfilm Studio and Tokyo New Cinema. Filming was conducted in September 2018 at Tuzkol Lake in Almaty Region. 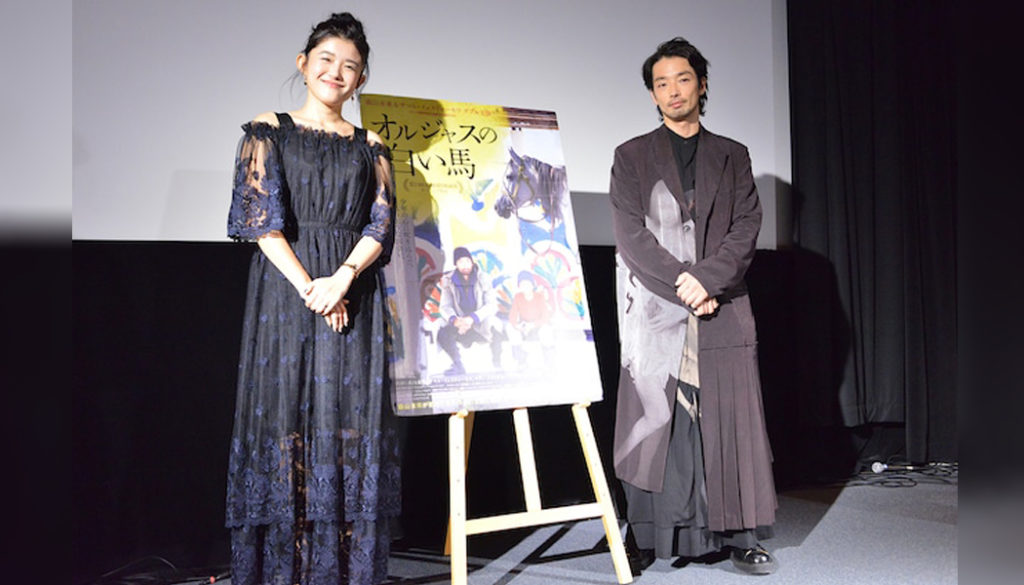 The film, based on a true story which occurred in Kazakhstan, tells the tale of a 12-year-old boy whose father was killed by horse thieves. At the most desperate period of his family’s life, a mysterious stranger suddenly appeared to help them.

“I read the case in the newspaper and was sorry for those families who suddenly lost their father. I wanted to draw on my screen the feeling of emptiness, the pain of loss and the hopes they had lost,” said Nurmukhambetov in an interview with the Horse Thieves film production committee.

He added the film’s targets both the Kazakh and Japanese audiences.

The Horse Thieves production was inspired by Takeba’s dream of filming in Central Asia, which she envisioned after her first visit to Uzbekistan.

Her first feature, “The Pinkie,” won the Grand Prix at the Yubari International Fantastic Film Festival in 2014. The film was also shown at the Rotterdam and Sitges film festivals. Her second feature, “Haruko’s Paranormal Laboratory,” was also acclaimed at both festivals and screened at the Moscow International Film Festival. Her latest horror, “Signal 100.” will also be screened at Sitges.

Takeba noted Moriyama’s acting talent, his experience studying in Israel and ability to ride a horse made him a perfect candidate for the role.

“If there was a competition for acting at the Olympics, I think Moriyama would surely be able to win a gold medal,” she said at the screening in Tokyo.

“Before filming this movie, I wasn’t in Japan, so I studied (Kazakh language) online using Skype. At the work site, the lines were changing… I could not say anything else that was out of the script, so I think I remembered the lines more than anyone else,” he said.

He added Nurmukhambetov and the staff welcomed him warmly and he would like to return to Kazakhstan.

“What attracted me most in this project was that this is a father-son relationship story. Also, I was quite attracted by the opportunity to come and work here in Kazakhstan,” he said in an interview with Kazakhfilm.

Yeslyamova noted she was interested in joining the international project and working with fellow actors from Japan.

“It’s always exciting to make a film here in my native Kazakhstan and even more exciting to collaborate with Yerlan Nurmukhambetov, whom I’ve known for quite a time since ‘Tulpan’ movie,” she said in the same interview.