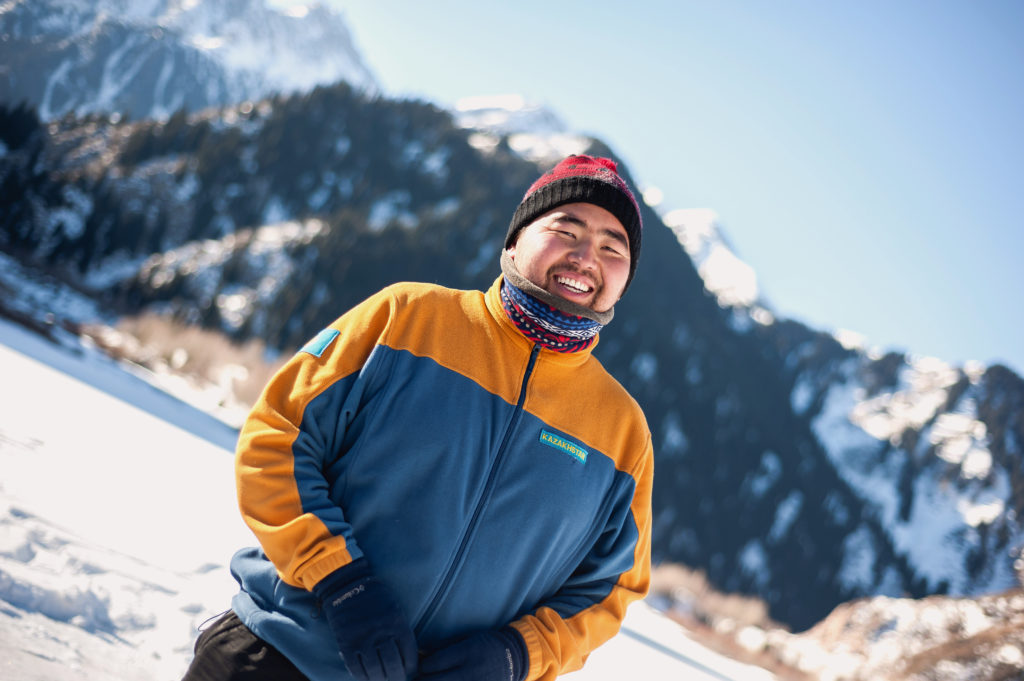 “I tell my subscribers daily what places to visit in Kazakhstan, give advice on what kind of transport to use, how much it costs. I give information in detail because I don’t want people to think that it is unavailable or expensive,” he said in an exclusive interview for this story.

During his university years, Alimbek organised trips to Kazakh natural attractions, which were particularly popular among students, youngsters and foreign guests. While Kazakh tourism was once a “private club” available only to a limited number of people who knew about interesting locations, social networks have opened information to the public about the country’s natural attractions.

“We went to the Charyn Canyon, which is now so popular that you can meet people there every day, but when we went there, it happened that even on weekends you could not meet anyone there,” he said.

Kazakh tourism has made great progress in the last 10 years as demonstrated by improved roads and air connectivity growth.

“Now, there is a choice… it (air travel) is more affordable even than railway,” he said.

For tourists visiting for the first time, Alimbek recommends travelling to Almaty Region, which he calls “a test sampler of Kazakhstan,” a collection of the country’s various natural attractions concentrated in one place.

“Here (in Almaty Region), you can find everything you want: forests, mountains, steppes and desert zones; there are hot springs and lakes including mountain lakes and simple ordinary steppe lakes,” he said.

Altai in East Kazakhstan Region is home to large forests and mountains, while deserts can be found in Karaganda, Kyzylorda and Mangystau regions.

“Mangystau Region is distinguished by its nature. There are many lovers of this nature; there is neither forest nor grass there, but people like it,” said Alimbek.

In winter, ski resorts in Almaty Region and East Kazakhstan Region open their gates and attract many guests. In the northern part of the country, ski tourism develops even on small hills, he added.

Alimbek has participated in a number of expeditions across Kazakhstan, including national treks such as Kieli Kazakhstan and the Saryarka expedition. To date, he has visited 38 countries and 300 cities. In 2018, he won the National Tourism Award for Best Account for Tourism in Kazakhstan.