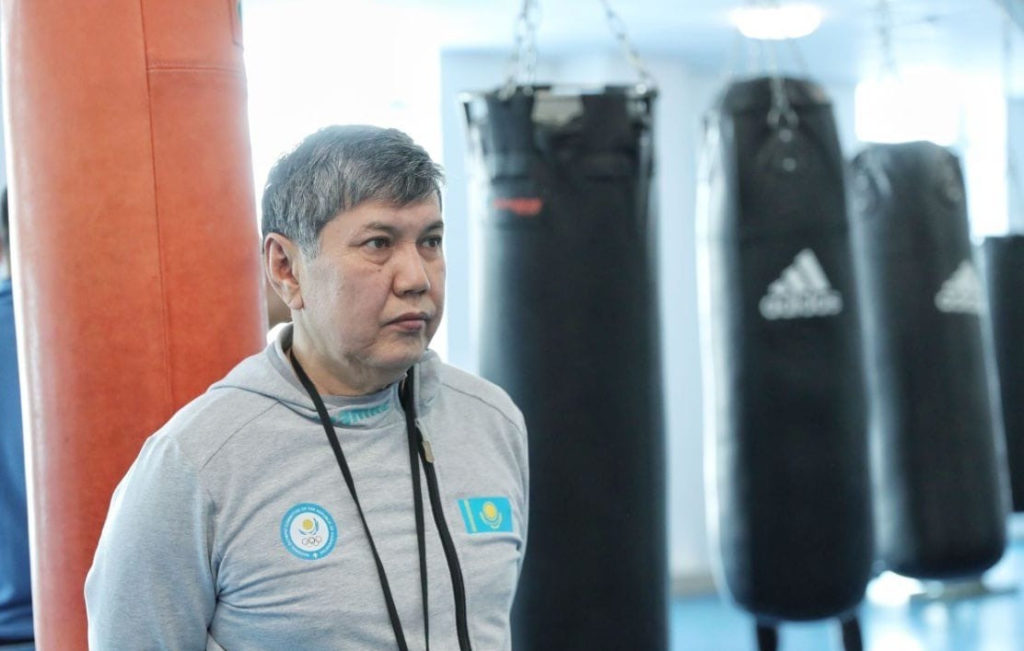 The athletes have been preparing for the Asian Boxing Qualification Tournament, which was scheduled for Feb. 3 to 15 in Wuhan, China, but which will now be moved and postponed due to the outbreak of coronavirus in that city. The competition will now take place March 3 to 11, and while no new venue has yet been announced by the boxing working group of the International Olympic Committee, it will not be held in China.

“Nevertheless, the team continues its training, which was excellent… Now we have gathered in Nur-Sultan, where boxers from England, Germany and Belarus are also present. We are sparring, training,” Kazakh boxing head coach Galymbek Kenzhebayev said.

With the tournament postponed, the national team decided to add one more training camp to its schedule as well as reduce the intensity of training sessions.

“The boxers reacted quite calmly to the postponement of the tournament. They do their job. All of us are professionals,” Kenzhebayev said.

Prior to the training camp in the capital, the team trained Jan. 5 at the World Boxing Academy in Almaty, alongside teams from Cuba, Japan and Hungary.

According to Kenzhebayev, Kazakhstan’s national team has strong boxers and there are three or four athletes in each weight category who would be worthy Olympic contenders.

“On the one hand, it’s good. On the other hand, it’s inconvenient, because only one boxer can represent his weight in the national team at such tournaments,” he said.

He added such intense competition among the athletes increases their competency.

“The choice is difficult. We will bet on those athletes who, first of all, show stable results. Those who are better prepared and healthy, 100 percent, they will go on to win [an Olympic berth],” Kenzhebayev said.

In the Asian tournament, Kazakhstan’s main rival is Uzbekistan.

“But I will tell you that boxing is developing incredibly in Asia. Strong boxers have appeared in India, Thailand and the Philippines. And now at the world level the Asian boxing is in trend. This was shown at the 2019 World Cup,” he added.

The working group on boxing at the Tokyo Olympics 2020 established new selection rules for the Olympics, which state that boxers will have the opportunity to participate at the four continental qualifying competitions from February to May 2020.