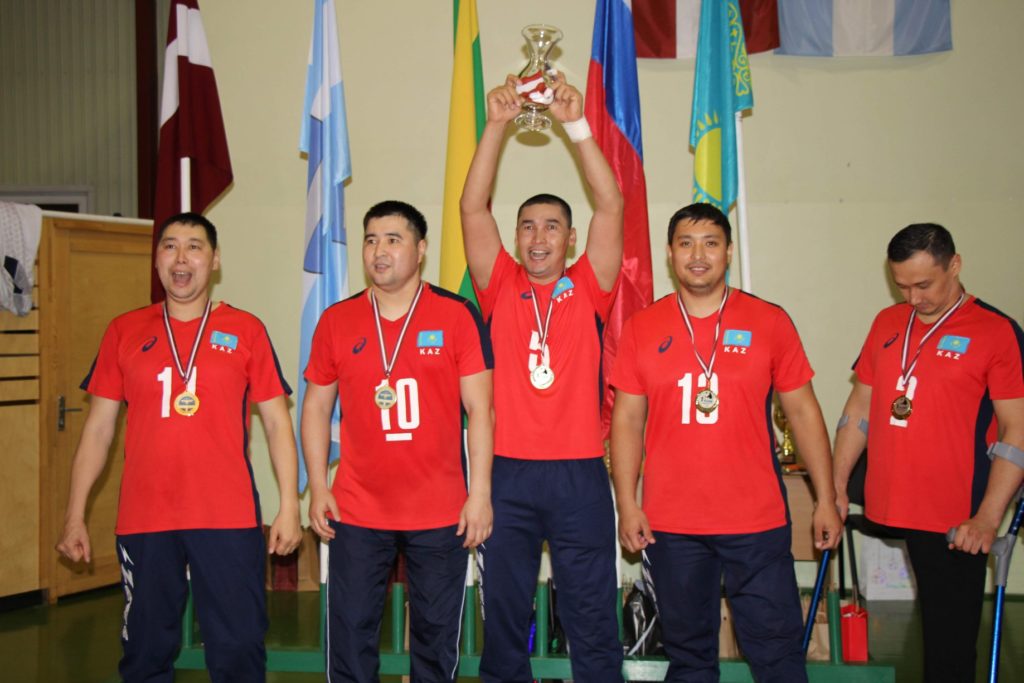 The last men’s Paralympic qualification tournament will be held March 16-21 in Edmond, Oklahoma (U.S.) and the Sitting Volleyball World Cup will take place April 21-28 in China. The athletes need to train quite a bit to prepare for the upcoming world championships, which will determine the final list of participants at the 2020 Summer Paralympics, he noted.

“After coming back from Egypt in February, we will go to the qualification tournament in America… About 12-14 teams will participate there. We are preparing for it now,” he said.

“In April, there will be the World Cup in China. We are also preparing for that tournament. After these two competitions, it will be decided whether we will go to Tokyo or not,” he added.

Preceding the training camp in Riga, Kazakh athletes participated Dec. 13-15 in the Friendly Cup 2019 international tournament in Livani, Latvia. Seven teams from Latvia, three from Lithuania, two from Kazakhstan and the Vektor team from Moscow, Russia were among the participants.

Five games were held during the cup, where four teams competed for the prize in the finale. The Kazakh teams received first and second place medals, with the Lithuanians taking third.

“Latvians are very friendly and hospitable people. The hotel, sauna and other facilities were great; they (the organisers) created all the conditions for us,” said Takhauov.

The rules for classic and sitting volleyball are nearly identical, with the only differences in the height of the net and the size of the court. For men’s sitting volleyball, the net height is 1.15 metres (rather than 2.43 metres) and the court is smaller.

In January, the team will have 10-day joint trainings in Germany, then continue training at its site in the capital.

The International Paralympic Committee will make the decision on the final list of Tokyo participants after the world championship results are announced.