NUR-SULTAN – The Kazakh anti-nuclear protest song “Zaman-ai” has been inspiring activists for decades. Most recently, it was recorded and released by Japanese singer Michida Ryoko in Japanese and English last year. 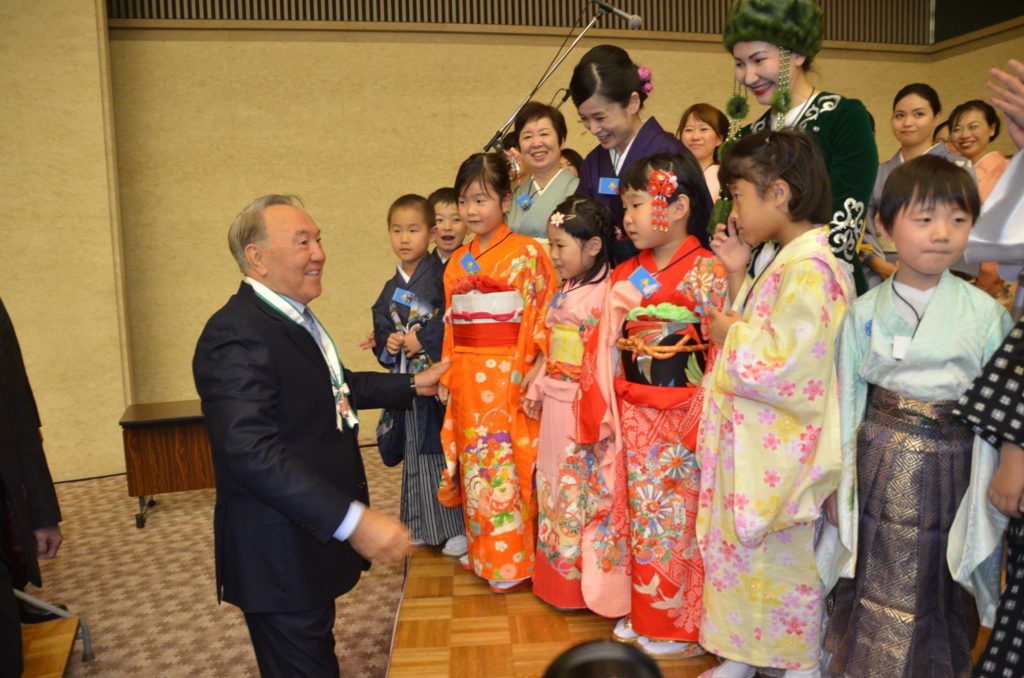 “Zaman-ai” was translated into Japanese and English in 2003 at the initiative of leaders of the Hiroshima Semipalatinsk Project (HiroSemi), a Japanese civil group that provides medical aid to radiation victims in the Semipalatinsk region and accepts Kazakh students to study in Japanese high schools. The first CD was released in 2010.

“Zaman-ai” is an anthem of the Nevada Semipalatinsk international anti-nuclear movement, which called for the closure of the Semipalatinsk nuclear test site in Kazakhstan. It was the site of the four decades of weapons testing by the former Soviet Union.

“I can’t forget the shock of hearing this song for the first time. In the distant region of Central Asia, hearing the cry of the souls of those who had suffered from nuclear weapons… all the people there were sharing their sorrows from the bottom of their hearts,” said Vice Director of HiroSemi Chieko Kobatake in an interview for this story.

Kobatake heard the song for the first time Aug. 29 1999, when she arrived with 11 other delegates from Hiroshima in Semipalatinsk. On that day, thousands of local people and hundreds of nuclear victims launched 300 floating water lanterns on Yertis River to commemorate those who lost their lives. During the lantern floating ceremony, “Zaman-ai” was played many times. 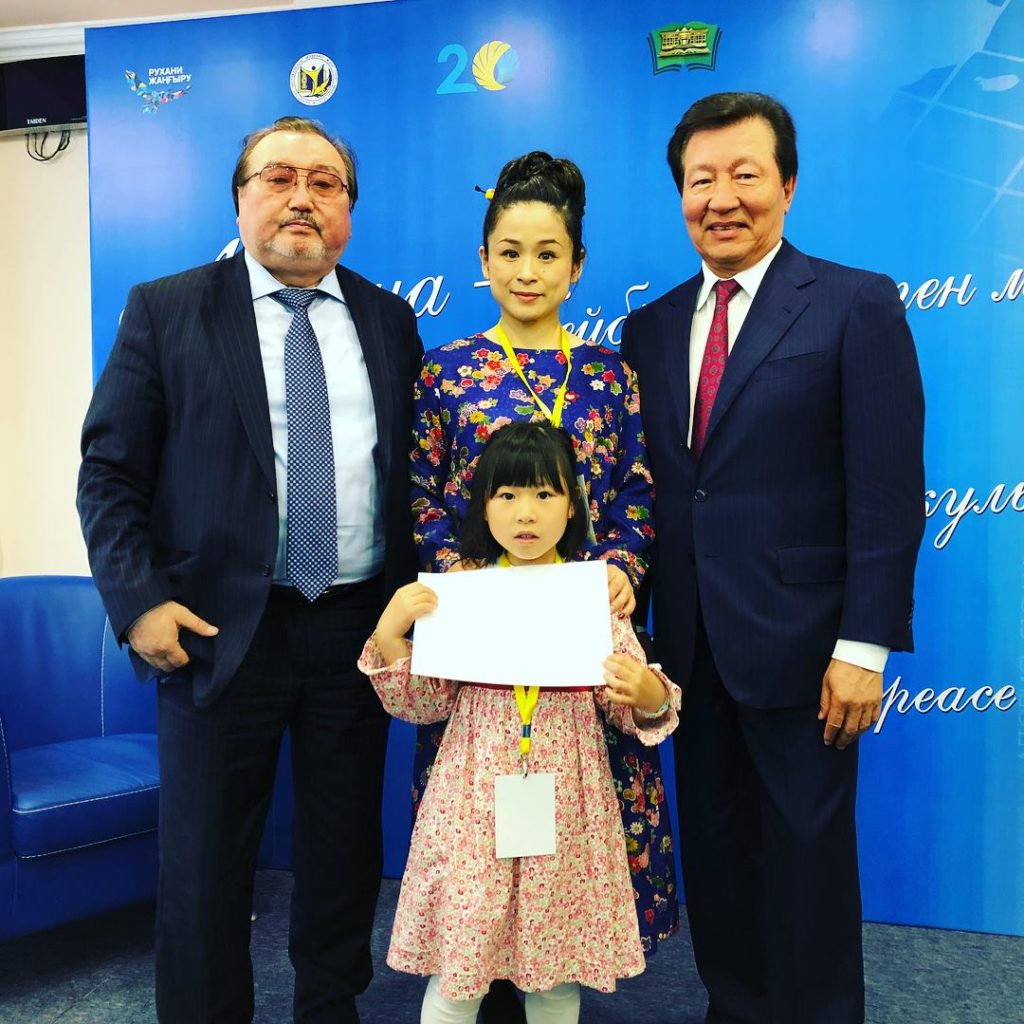 Kobatake was moved by the sound of the Kazakh melody of “Zaman-ai.” The song helped change people’s minds across borders and time, she added. This brought her to the idea of translating the song and introducing it in Japan.

In 2009, Roza Rymbayeva, famous Kazakh national singer and the original performer of “Zaman-ai,” performed the song in Semei, which was broadcast to the world.

“Everyone who heard her singing voice requested her CD and Japanese translation,” said Kobatake.

The demand prompted HiroSemi to release a CD track of “Zaman-ai” based on Sultanova’s and Kobatake’s translated versions. The CD cover was made by painter Hiroki Kawasaki. By releasing the Kazakh anti-nuclear song in Japanese, HiroSemi desired to link the power of the civil movement that forced the closure of the test site in Kazakhstan to the elimination of nuclear weapons in the world, said Kobatake.

In 2012, after the Tohoku earthquake, Rymbayeva travelled to Hiroshima to hold concerts and meetings and give lectures. During the visit, Rymbayeva performed the song with Japanese singer Ryoko.

“Thanks to the Japanese translation, ‘Zaman-ai’ has reached the hearts of Japanese people as a message… From this song, many Japanese were able to learn about the nuclear testing conducted in Kazakhstan,” Ryoko told The Astana Times.

In November 2016, Ryoko performed the song solo at the welcome reception of Kazakh President Nursultan Nazarbayev in Hiroshima. Two years later, the Ministry of Foreign Affairs of Kazakhstan invited Ryoko to perform the Japanese translation of “Zaman-ai” at the Ruhani Kazyna Festival in the capital, the first culture and art festival dedicated to celebrating the Day of Culture and Art Workers in Kazakhstan. 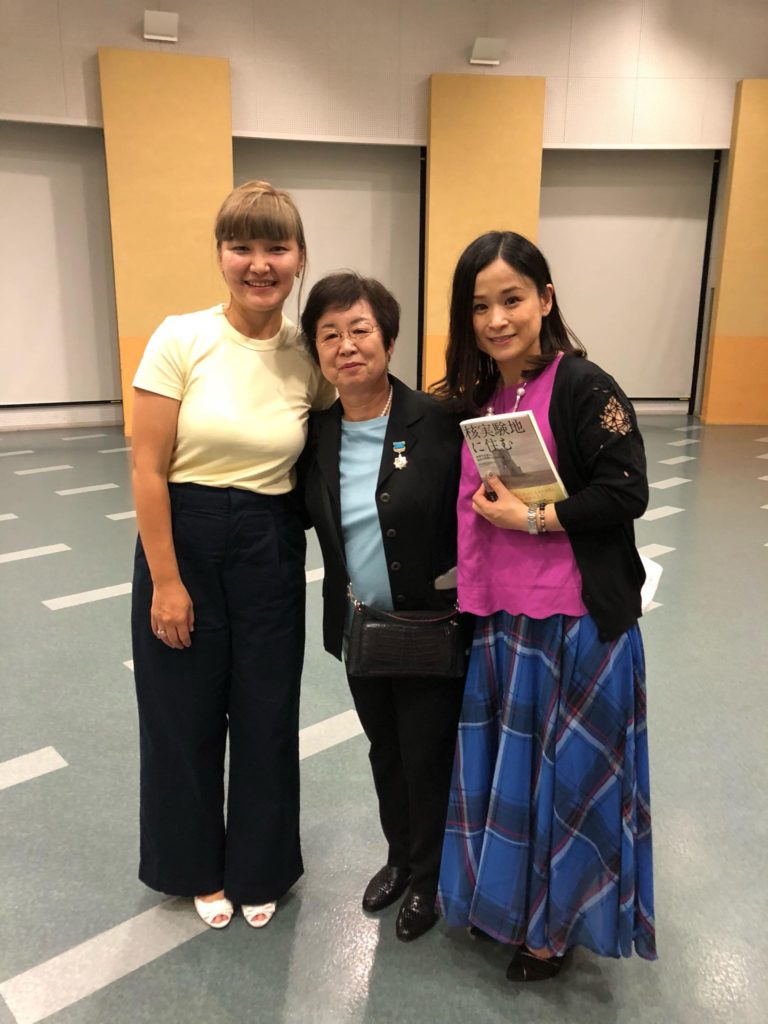 Distinguished artists of Kazakhstan and authors of the song “Zaman-ai” Ulugbek Yesdaulet and Tulegen Mukhamedzhanov thanked Ryoko for her beautiful song performance at the festival.

“They [Yesdaulet and Mukhamedzhanov] told me that music creates peace. I totally agree. Even if you speak different languages, you can communicate with music,” said Ryoko.

It was her first visit to Kazakhstan.

“I fell in love with this country and its hospitality! People of Kazakhstan are very kind and friendly; the food here is very delicious,” she added.

During Ryoko’s second visit to Kazakhstan Aug. 26, 2019, she reunited with Rymbayeva in Almaty. According to Ryoko, she had been dreaming of the day she would meet Rymbayeva again.

Ryoko also performed “Zaman-ai” Aug. 28, 2019, at the 14th Environment, Radiation and Health Conference in Semei National University of Medicine. The next day, she participated in a local commemorative peace ceremony to mark the 70th anniversary of the first nuclear test and the 30th anniversary of the last day of testing in Semipalatinsk.