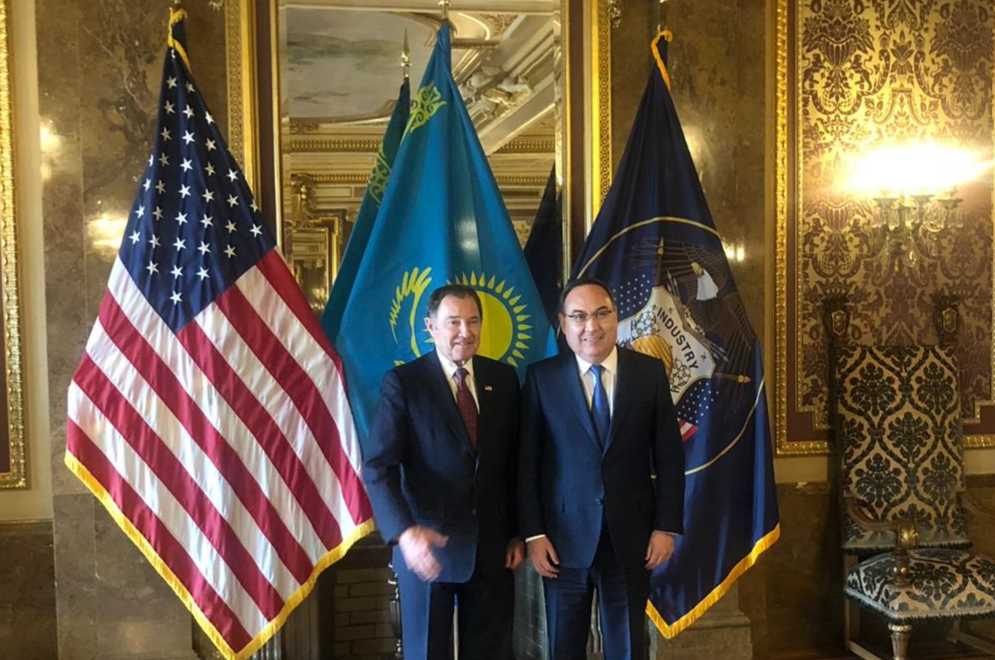 The Kazakh ambassador and the governor discussed the development of bilateral relations as well as promising areas of cooperation between Kazakhstan and Utah.

Kazykhanov noted the potential for cooperation in developing tourism and promoting Kazakh goods on the U.S. market during his meeting with Hansen. He expressed interest in establishing contacts with local U.S. companies.

At BYU, Kazykhanov delivered a lecture to students on the topic “Kazakhstan and the United States in 2020: New Decade of Partnership” and answered the audience’s questions.

BYU is one of the largest religious universities in the United States, with more than 32,000 students. In 2019, the university ranked first in Forbes and the Wall Street Journal in terms of price and quality of education.

At a meeting with the governing body of the Church of Jesus Christ of Latter-day Saints, the dominant religion in Utah and widely known as the Mormon church, the ambassador shared information about Kazakhstan’s efforts to strengthen interreligious and interfaith dialogue, its implementation of peacekeeping and humanitarian projects as well as the maintenance of regional and international security.

Representatives of the Mormon community were particularly interested in the initiative of First President of Kazakhstan Nursultan Nazarbayev to hold Congresses of Leaders of World and Traditional Religions. The American side expressed its readiness to consider sending church representatives to the upcoming seventh Congress in 2021.