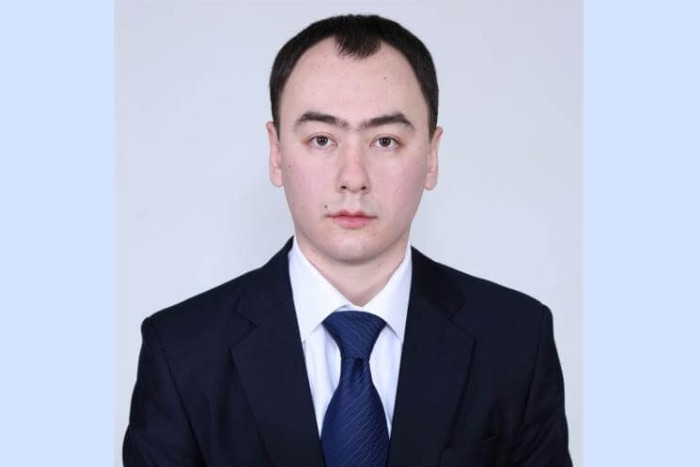 The national project is aimed at highlighting the inspirational stories of a variety of successful professionals. Gabdullin is a state scholarship laureate for talented young Kazakh scientists and a member of the International Informatisation Academy and the Eurasian Economic Club of Scientists.

“Participation in 100 New Faces is a new opportunity for me; it is an incentive to improve. It motivates me to set higher goals and improve those indicators that I have already achieved,” he told The Astana Times.

Gabdullin graduated in 2004 from Almaty University of Economics World Economics faculty, majoring in international monetary and financial relations. In 2007, he graduated from full-time postgraduate study under state order from the Institute of Economics of the Ministry of Education and Science.

He specialises in economic management and theory and his particular interests are the problems of scientific and technological development, innovation, investment, globalisation and the competitiveness of national economies. Gabdullin was awarded the title of Laureate of the Prize in Science and Technology of the Foundation of the First President of the Republic of Kazakhstan – the Leader of the Nation for the monograph “National Economy: Management of Investment and Innovative Development.”

He feels confident in the continued growth of the nation’s economy and progress of the national education system.

“Kazakhstan’s model of education continuously develops; it takes all the best components of the Western educational process and tries to implement them here,” he said. “Given today’s trends, we can be optimistic that Kazakhstan’s economy will advance in the coming year.”

In 2016, by the decision of the National Selection Committee, Gabdullin was awarded the title Best University Teacher.

“Today, we need to look for new innovative teaching methods; we need to help students develop their skills and knowledge using new methods of education,” he noted.

In addition, Gabdullin headed a grant project on the topic Model of Managing the Entrepreneurial Resource of the National Economy of Kazakhstan.

“Not only Kazakh entrepreneurs want to open businesses in Kazakhstan, but also people from Russia and other neighbouring countries,” he added.

Gabdullin noted the government has done quite a bit of work both at the macro and micro levels to create favourable conditions for business development.

“Now, it is possible to register as an individual entrepreneur within three hours; all documents can be submitted online. The tax burden was reduced as much as possible for entrepreneurs,” he said.

He is the author of two individual and seven collective monographs and has published more than 70 scientific papers in leading and highly rated journals. He combines scientific and pedagogical work, supervising undergraduates and PhD doctoral students and passing his experience to young Kazakh scholars.

Gabdullin feels the prerequisite of success is hard work and a desire to learn.

“I was taught to value my time. We can’t just waste time. We need to use it effectively,” he said.